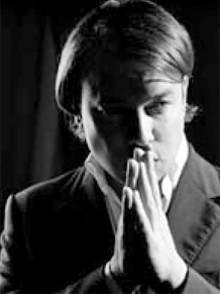 Chapurin is confident that he was destined to work in fashion – with his family background, what could he have possibly become if not a designer? He was born in 1968 in the old town of Velikie Luki, roughly halfway between Moscow and St. Petersburg. His parents worked at a textile and sewing factory. Chapurin’s grandfather helped launch the first linen factories in Russia.

While it was quite clear as to what vocation he was to take up for his life, it wasn’t very clear where to study for it. “There was no kind of fashion education in the Soviet Union. You could get a degree in arts, but that would make you a good artist, not a designer, because the whole system was based on old Soviet ideology.

Look at the first phrase in a textbook for sewing technology ‘The socialist society rejects individuality and wants to be united, unlike the capitalist world, which seeks to define the image of an individual man.’ And that is exactly what I was interested in – to distinguish man and his individuality.”

As result, instead of going to study arts at a university, Chapurin chose a technical college. At least there he would learn some practical skills for design, to understand all the stages of making clothes. 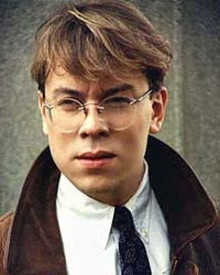 In 1991 Chapurin decided to enter the Vitebsk Technological Institute. This time it wasn’t so much for the sake of an education, but to enter a contest. In those times, Nina Ricci held a contest for young designers in the USSR. Chapurin saw it as his only chance to get on a bigger stage. He entered the contest and soon was among the ten shortlisted contestants, who were to travel to Paris to take part in the International Festival of Young Designers.

Chapurin recalls that he didn’t have enough money to buy a ticket to Paris, and his mother had to sell her Ted Lapidus suit.  He bought a ticket and even had $50 left for pocket money. At the time he couldn’t possibly have dreamt that in just a few years he’d own his own apartment next door to Louvre.

The Nina Ricci contest jumpstarted Chapurin’s career as a designer. Chapurin was invited to work for Max Mara, however, despite this tempting offer, he chose to go to Moscow,  where he began designing dresses for Russian beauty pageant contestants in the Miss World, Miss Europe, Miss Universe and Miss Russia contests.

“I understood that I wanted to stay in Russia, although I had practically nothing there. It was a risk. But I always trusted my intuition – and in this case I thought there was more potential in Russia. I never believed in having a career in Italy, or any kind of development abroad. There I would always be an immigrant. Italian fashion is self-sufficient and there are plenty of designers there. So I stayed in Russia,” he recalls.

In 1994 Chapurin was finally able to present his very own collection in Bulgaria and a year after that he showed it in Moscow under the name “To Russia with Love”. It was during this year that Chapurin came up with his own style of embroidery, which incorporated golden threads and beads – just like Valentin Yudashkin, Chapurin made it his trademark.

By 1995 the young designer had gained popularity in Russia – the country's celebrities and world famous companies alike joined the rank of his clients. Rene Garraud, Estee Lauder, and Galitzine Fashion House became the big names he worked with. He even dressed then first lady Ludmila Putina.

This is how Chapurin defines his style: “While I’m Russian, I think all the stereotypical authentic elements are growing old. People want modern, quality, and stylish clothes. You know, when I’m in France I always watch people – and the only ones you see dressed in high style are Russians. Europeans keep it simple and low-key.

My target client is a modern woman – she is in the office by day, and needs something stylish and practical, and at night she is attending a presentation, and needs an evening dress. My goal is to make versatile clothes, that just by changing a jacket for a cardigan you could turn an office outfit into an evening dress.”

Chapurin Couture opened its first boutique in Moscow in 1999. The same year, he took on jewelry design and costumes for theater performances. Since then his clothes have been sold all over the world - St. Petersburg, Hong Kong, Seoul, Tokyo, Milan and Paris. In 2009, Chapurin finally opened his boutique in GUM – the most famous Russian department store.

Besides the annual presentation of his pret-a-porter and haute couture collections, he also launched a line of children apparel Chapurin Child and skiwear ChapuriNRG.

From Clothes to Façades

It appears Chapurin’s talent is inexhaustible – in 2003, he expanded his business to CHAPURINCASA, which designs everything from furniture and light to parquet and interior. His collection was presented and well received in Milan. In 2005 the Bolshoi Theater recognized Chapurin and had him design the stage sets and costumes for its ballets.

In 2004 together with Swarovski Chapurin designed the costumes for the Russian gymnast champions Alina Kabaeva and Irina Chachshina for the Summer Olympics in Athens.

However, he didn’t stop there – when prominent Russian restaurateur Arkady Novikov invited him to design his new Café Vesna on New Arbat Street in Moscow, Chapurin happily took on the challenge. Since then he has opened his own Chapurinbar in the Russian capital, where he designed everything from the ceiling to the floors. Chapurin has gone beyond offering a design – he’s become a name of a lifestyle.

Chapurin’s talent and success were recognized even by GQ, which named him “Man of the Year” as the Best Designer of the year in 2005.

In 2006, Chapurin undertook a project in the realm where no other Russian fashion designer had set foot before – he created the façade of the milk and juice factory of Wimm-Bill-Dann, which has been sponsoring Chapurin’s projects for years. Incidentally, the owner of WBD, Sergey Plastinin is the father of Russia’s youngest fashion designer Kira Plastinina.

The last big project of Chapurin was to dress the Russian contestant Petr Nalich for Eurovision 2010 in Norway.