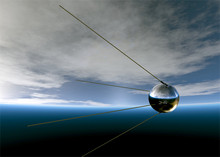 Sputnik – Russian for "companion" or "spouse" – is also a name applied to certain spacecraft launched under the Soviet space program.

The Sputnik program was the world's first successful one to launch a rocket, a living being, and a human into Earth orbit. There have been dozens of Sputnik missions carried out by the USSR, each launch given a new number.

History changed on October 4, 1957, when the Soviet Union successfully launched Sputnik I - the first man-made object ever to leave the Earth's atmosphere. It was launched from Baikonur Cosmodrome in Kazakhstan, then part of the former Soviet Union.

The world's first artificial satellite was about the size of a beach ball (58 cm.or 22.8 inches in diameter), weighed only 83.6 kilograms or 183.9 pounds, and took about 98 minutes to orbit the Earth on its elliptical path. 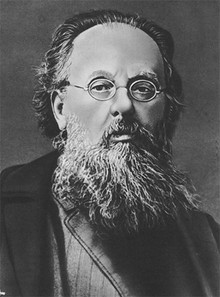 In 1885, Russian scientist and the godfather of space industry Konstantin Tsiolkovsky, first described in his book, Dreams of Earth and Sky, how such a satellite could be launched into a low altitude orbit.

The satellite was an aluminum sphere that carried four whip-like antennas that were 2.4-2.9 m long. The antennas looked like long "whiskers" pointing to one side. The spacecraft obtained data pertaining to the density of the upper layers of the atmosphere and the propagation of radio signals in the ionosphere. The instruments and electric power sources were housed in a sealed capsule and included transmitters.

The Sputnik 1 rocket booster also reached Earth orbit and was visible from the ground at night as a first magnitude object, while the small but highly polished sphere barely visible at sixth magnitude was more difficult to follow optically.

While the Sputnik launch was a single event, it marked the start of the space age and the U.S.- USSR space race.

It began in 1952, when the International Council of Scientific Unions decided to establish July 1, 1957, to December 31, 1958 as the International Geophysical Year (IGY): the scientists knew that the cycles of solar activity would be at a high point during this period. In October 1954, the council adopted a resolution calling for artificial satellites to be launched during the IGY to map the Earth's surface.

In 1955, the White House announced plans to launch an Earth-orbiting satellite named Vanguard to represent the US during the IGY.

But the Soviet Union outperformed the U.S. The Sputnik launch changed everything. As a technical achievement, Sputnik caught the world's attention and the American public off-guard. Its size was more impressive than Vanguard's intended 3.5-pound payload. In addition, the public feared that the Soviets' ability to launch satellites also translated into the capability to launch ballistic missiles that could carry nuclear weapons from Europe to the U.S.

Then the Soviets struck again… Sputnik II was launched, carrying a much heavier payload, including a dog named Laika.

Sputnik II contained several compartments for radio transmitters, a telemetry system, a programming unit, a regeneration and temperature control system for the cabin, and scientific instruments.

Laika was fitted with a harness, a bag to collect waste, and electrodes to monitor vital signs. Early telemetry indicated Laika was agitated but eating her food. There was no capability of returning a payload safely to Earth at this time, so it was planned that Laika would run out of oxygen after about 10 days of orbiting the Earth. Because of the thermal problems she probably only survived a day or two. The mission provided scientists with the first data on the behavior of a living organism in a space environment.

Immediately after the Sputnik launch, the U.S. Defense Department responded to the political furor by approving funding for another U.S. satellite project. As a simultaneous alternative to Vanguard, Wernher von Braun and his Army Redstone Arsenal team began work on the Explorer project.

On January 31, 1958, the United States successfully launched Explorer I. This satellite carried a small scientific payload that eventually discovered the magnetic radiation belts around the Earth, named after principal investigator James van Allen.

The Sputnik launch also led directly to the creation of National Aeronautics and Space Administration (NASA) in 1958. 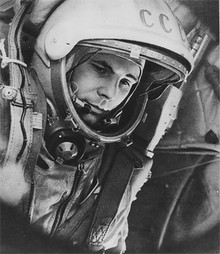 The first spacecraft to carry a human was also created by the Soviet Union. On April 12, 1961, Sputnik 11, also called Vostok 1, carried Yury Gargarin into space.

The spacecraft consisted of a nearly spherical cabin covered with ablative material. This cabin was attached to a service module that carried chemical batteries, orientation rockets, a main retro-rocket system, and added support equipment for the total system. This module was separated from the manned cabin on reentry. After one orbit, the spacecraft reentered the atmosphere and successfully landed in Kazakhstan 1 hour and 48 minutes after its launch. This officially sealed the “first-in-space-status” for the Soviet Union and later Russia.