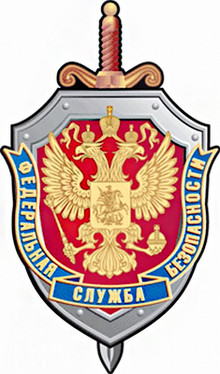 Emblem of the FSB

Siloviki are members of security services police and armed forces. Also, “siloviki” is an unofficial term for a group of high-ranked politicians in the top state institutions of the Russian Federation who used to be the members of military or of the security services and worked closely with Vladimir Putin in the early years of his career.

The term comes from the Russian word “sila” (force), and literally means “people with force”. In the early 1990’s, right after the collapse of the Soviet Union, many new politicians had heated discussions about the necessity to control the “force structures” (“silovye struktury”): The Defense Ministry, Police,  and the KGB (later renamed the FSB – Federal Security Service).

Siloviki in the making

Many of the first siloviki were not loyal to Boris Yeltsin (when he was President of the Russian Federation) and his government. This led to a standoff between the head of state and the Parliament in October of 1993. The President wanted to limit the activity of the deputies who were slow to implement market-oriented reforms. At first, the siloviki were on the Parliament’s side. When it became clear that further escalation of the conflict could spark up new civil war in Russia, they immediately switched their allegiance.

Things, however, didn’t improve for the siloviki. It was next to impossible to maintain the cash-stripped army and the police without Russia’s  “new rich” – people who made their millions on oil, gas, natural resources and a little bit of everything else at the beginning of the 1990s, all of it done in the atmosphere of practically no written laws and regulations on trade and commerce.  This gave way to allegations of corruption among the siloviki who had to sign lucrative contracts with the businessmen to keep the armed forces afloat.

The siloviki were not well-respected in mid-1990’s according to analysts, due to the events in Chechnya – where the ill-equipped Russian army of the 90’s was losing the first round of conflict with the local warlords sponsored by the international community of Islamic extremists. 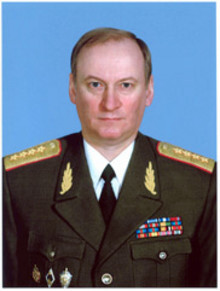 In 1999, the siloviki began to win back their influence. The people were reminded what “sila” (force) can do when it’s used properly, as the newly-appointed Prime Minister Vladimir Putin voiced his firm stand to crush the resistance of the Chechen warlords and prevent their future attacks against the civilians.

Vladimir Putin was elected President in March, 2000. From time to time he promoted those who he worked with during his career in KGB in the 1980’s, both in Russia and in East Germany, as well as in the office of the Mayor in St.Petersburg in the 1990’s. As the influence of these people grew, many journalists and political analysts started to use the term “siloviki” on a wider scale.

The three most well-known “members of siloviki” are Sergey Ivanov, Nikolay Patrushev and Igor Sechin – people who have long been part of Vladimir Putin’s team.

Sergey Ivanov used to be Putin’s deputy in the FSB (formerly KGB). After he left military service he was appointed the Defense Minister – the first civilian in the history of modern Russia to head the military.  Since 2005 he has held the post of Deputy Prime Minister.

Nikolay Patrushev has been the FSB chief for a long time. Now he is the chief of the Security Council – a consulting body for the President which handles major national security affairs. 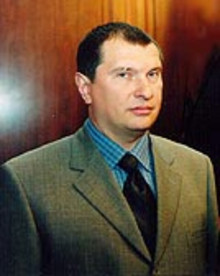 Igor Sechin is also a close associate of Vladimir Putin. From 2000 till 2008 he was the Deputy Head of the Presidential Administration. After Vladimir Putin was appointed Prime Minister, Sechin became his Deputy. Part of his job is to oversee Russia’s oil and gas contracts, as well as the international ties of the country with its strategic allies.  He’s also the Chairman of the board of “Rosneft”, one of the biggest oil companies in the Russian Federation.

Some experts believe that siloviki managed to reduce the influence of Russia’s “new rich”. Even the harshest critics of the group note their biggest merits: they managed to develop the activity of the Presidential Administration - from the relations with the government, heads of regions and the parliament to the incoming paper flow and president’s schedule.

Though some of the siloviki hold major posts in the Russian government, they are not united according to the principles of a political party, there’s no clearly-articulated “siloviki agenda”.  But many political science experts underscore their desire for the reemergence of a strong Russian state that would heavily influence all spheres of life in Russian society.