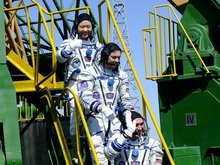 It used to be the dream of almost every boy in the Soviet Union – to become a cosmonaut; probably one of the most mysterious and romantic professions of all times. Cosmonaut is the term used in Russia and the former Soviet Union; in the U.S., the UK and most English-speaking countries astronaut is the common term and in China - taikonauts. The word cosmonaut derives from the Greek “kosmos” – meaning “universe” and “nautes” – meaning “sailor.” The words cosmonaut, astronaut and taikonaut are synonyms and their usage depends on the country that employs them. Thus when the American Norman Thagard was employed by the Russian Space Agency to take part in a Russian mission to space, he was called the first “American cosmonaut.” Whatever word is used, a cosmonaut (or astronaut) is a person who is trained to command, pilot or serve as a crewmember of a spacecraft. Recently, the term has also been applied to space tourists.

Up until 1961, several words, including astronaut or pilot cosmonaut were used in the USSR. And only after Yury Gagarin became the first human in space was the word cosmonaut officially recognized. 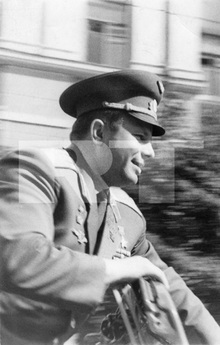 The criteria for those who wanted to become cosmonauts, especially during Soviet times, were very strict. First of all, a future cosmonaut had to be a Communist (the only Soviet cosmonaut who went to space and wasn’t a party member was the engineer Konstantin Feokistov). In addition to having excellent health and professional qualifications, the candidate had to be under 30, weigh no more than 72 kilograms, and have a height of around 170 centimeters. Nowadays, party membership is not needed and the requirements for height, weight and age are not that strict. English language is not a main requirement, and only when a cosmonaut is to be sent to the International Space Station is he or she obliged to know or learn English. As in Soviet times, health remains the main criteria.

When we hear on the TV or radio right after the launch that the cosmonauts are feeling well, it’s not exactly true. No matter how well trained or experienced they are, they will still have to experience the transition from gravity to weightlessness - it’s not as romantic and easy as it may seem. When a rocket enters orbit all cosmonauts get delusions, it may seem to them that their body is either inclined to the right, to the left or is upside down. This may last from several minutes to hours. All body systems have to readapt and many cosmonauts feel that the blood rushes to their heads, their faces become swollen and eyes red. Many also experience strong headaches. Since the body is in zero gravity, it doesn’t need strong bones and muscles, and as result the body starts to rid itself of phosphorus and potassium that make the bones stronger. Also, muscles weaken and cosmonauts get hypodynamia. Therefore, as part of their daily training activities, cosmonauts have to do physical exercises, wear special heavy suits and eat food rich in minerals.

While in space, cosmonauts are also under constant psychological pressure. They always have to be prepared for emergency situations, such as radioactive exposure from the sun, for example.

The first human in space was the Soviet cosmonaut Yury Gagarin. He orbited around the Earth in the Vostok 1 space shuttle on 12 April 1961. This fact, however, has been challenged by some. For instance, the Hungarian publicist Ivan Nemene wrote a book in which he claims that the first man in space was not Gagarin, but a Vladimir Iliushin. Even in the Guinness Book of Record’s 1964 edition, not Gagarin, but Iliushin was mentioned as the first cosmonaut. However, up until now, there has been no official proof to confirm this theory.