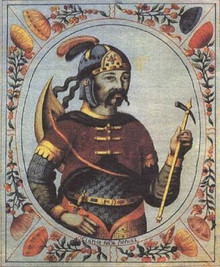 The tales and legends about the history of Kievan Rus and its heroes were not written until the beginning of the 12th century and were passed on orally from generation to generation, metamorphosing and gathering embellishments and new details. As a result, the Russian Primary Chronicle, or the Tale of Bygone Years, written by the monk Nestor more than two centuries after Ryurik’s alleged death, poses the Viking as the founder of the Ryurikovich Prince (and later Tsar) dynasty, which ruled until the early 17th century. This assumption is now called the Norman theory and is considered by many to be unscientific.

Shreds of truth hard to find…

According to the Tale of Bygone Years, Ryurik (or Rurik as his name is often spelled), was a Varyag (Varangian) chieftain who was invited in about 862AD by the Slavic and Finnic tribes of Chud, Ves, Slovene and Krivitch, which lived in the Novgorod area, to rule them, as they were conflicting with each other and could not resolve the disorder.

Allegedly, the Varyags were called “Rus” in old Eastern Slavic and so they gave the name to the whole territory – Rus. Factually, Nestor’s Chronicle says that the arrival of three legendary brothers resulted in the foundation of Rus as a state.

The legend has it that Ryurik came from beyond the sea with his two brothers, Sineus and Truvor, and his Varyag troop. Initially, Ryurik ruled the town of Novgorod, Sineus the town of Beloozero, and Truvor the town of Izborsk, in the Novgorod lands. 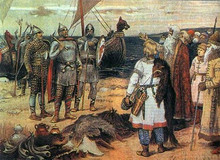 Just two years later, Sineus and Truvor died, the tale says, and Ryurik united the three towns under his rule, beginning to affiliate other lands too.

He died in 879, leaving behind young son Igor. The reign temporarily passed to Oleg, either Ryurik’s relative or battle captain, until Igor grew up.

Now many historians believe that Sineus and Truvor did not exist at all and appeared in the tale due to a misunderstanding of the Varyag words “sine hus” (his kin) and “thru varing” (unfailing troop).

They say that the legend was needed to explain from where the ruling dynasty originated and even to draw parallels with the story about three brothers who founded Kiev – Kiy, Shchek and Khoriv.

Moreover, later chronicles say that Ryurik ruled not Novgorod, but the town of Ladoga. Historians say this is more likely as Ladoga was built about 753AD, while Novgorod was founded only in the 10th century. Not far from modern Veliky Novgorod is so-called Ryurikovo gorodishche (“Ryurik’s settlement”) which is believed to have been built by Ryurik. 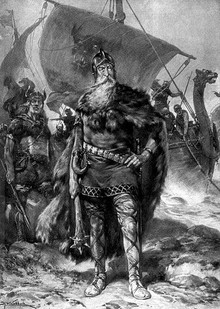 The Norman theory says that the name “Ryurik” in different versions (“Rorik”, “Hrorekr”, “Hrodrik” and many others) can be met in many old Germanic languages. Accordingly, the Ryurik who came to rule the Slavic and Finnic tribes in 862 could be Danish Viking lord Rorik of Dorestad or some other Scandinavian warlord.

Whether a legendary figure or a real-life one, Prince Ryurik gave his name to the first Russian ruling dynasty, which includes such famous names as Prince Aleksandr Nevsky, Prince Dmitry Donskoy and Tsar Ivan IV, better known as Ivan the Terrible.