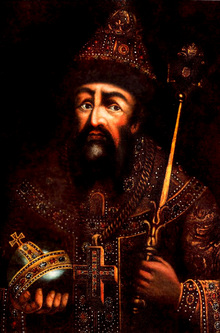 Ivan didn’t immediately become known as Terrible. Born near Moscow on August 25, 1530, Ivan was the long-awaited son of Vasily III. His father died when the boy was only three and Ivan was proclaimed the Grand Prince of Moscow. At first, his mother Yelena Glinskaya acted as a regent, but she died when Ivan was eight years old. Ivan saw her replaced by a group of noblemen fiercely fighting for power.


Treated with respect in public but neglected in private, he was growing up lonely and often humiliated by his mighty regents. Abuse, violence and murders were commonplace in the palace. It’s believed Ivan’s miserable childhood largely explains his hatred of the nobles and his later repressions against them.

Czar of all Russia

Smart and a keen reader, early on Ivan started dreaming of unlimited power. In 1547, aged 16, he was finally crowned Czar of all Russia, the first ruler to officially assume the title. The young ruler started out as a reformer, modernising and centralising the country. He revised the law code, created an elite standing army and introduced local

self-management in rural regions. The first printing press was introduced in Russia and new trade routes opened up.

Expansion of Russia to the East 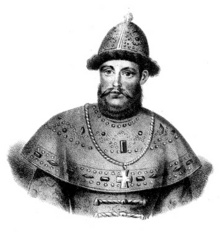 Ivan also pressed to turn his country into a military heavyweight. Back then, the Tatar armies repeatedly devastated Russia’s northeast. In 1552 Ivan crushed the Tatar stronghold of Kazan and then another one – Astrakhan.


These campaigns began Russia’s expansion into Siberia, annexing a large Muslim population and turning Russia into a multi-ethnic and multi-religious state.


One of Moscow’s most famous landmarks is a reminder of this drive to expand Russia’s borders. St. Basil’s Cathedral on Red Square was built by Ivan’s order to commemorate Kazan’s invasion and other key victories in the Tatar campaign. A popular legend has it that the work was done by two architects – Postnik and Barma. When Ivan saw the finished cathedral he liked it so much that he had the architects blinded to prevent them from building anything like it elsewhere.

The change of character 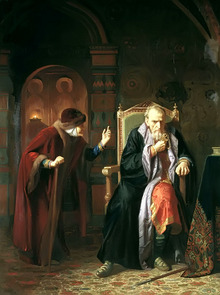 Ivan the Terrible and his nurse,
painting by Karl wenig,
1886 (image from bibliotekar.ru)

Soon though, Ivan’s life took a dramatic turn, strikingly changing his personality and his policies. In 1553 he suffered a near-fatal illness and several years later his beloved wife Anastasia died. Suspecting the nobles of poisoning Anastasia and plotting to remove him from the throne, Ivan embarked on a campaign of oppression and killings against the hereditary nobility.

Suddenly, in the winter of 1564 Ivan secretly left Moscow declaring that he wanted to abdicate. The panicked population called for his return. After lengthy talks, Ivan agreed to come back but on his own terms, demanding absolute power to punish anyone he believed was disloyal.


The next year, an instrument of his new rule was set up: a system called Oprichnina or “separate estate”. Certain territories and cities across Russia were separated from the rest of the realm, administered by Russia’s first police force, also called Oprichnina – from the obsolete oprich (“apart from”, “except of”).


Handpicked by the Tsar, its members, called the oprichniki, became Ivan’s exclusive favourites and spread terror across the country. Dressed in black and riding black horses, they carried dog’s heads and brooms – a symbol of sniffing out treason and sweeping away the Tsar’s enemies. Known for their cruelty and use of torture, the Tsar’s loyal servants executed anyone who displeased Ivan, confiscating their lands and riches. The system dealt a mighty blow to the influence of the nobility while Russia’s monarchy grew stronger than ever.

One of the most terrifying campaigns by the oprichniki was the 1570 massacre of the wealthy city of Novgorod. Suspecting its people of treason, Ivan personally led the troops. The city was ravaged and thousands murdered.

While terror was unleashed at home, abroad Ivan’s ambitions grew sore. His seaward expansion to the West opposed him to the Swedes, the Poles and the Lithuanians. As warfare dragged on, with no land gained for Russia, the economy was put under a huge strain. In the 1560s heavy military losses combined with a severe drought, devastating famine and plague epidemics took their toll. Russia’s most prosperous areas grew deserted and Ivan’s military luck seemed to be running out as one blow followed another.

First, the Tsar’s closest advisor, Prince Andrey Kurbsky, defected to the Lithuanians, headed their troops and devastated one of Russia’s regions – a betrayal that deeply hurt Ivan. Then, in 1571 the Crimean Tatars ravaged the unprotected towns and villages around Moscow and set fire to the capital. Ivan later managed to defeat their armies but in the West, the Russians could no longer cope. Peace was concluded, with Ivan having to concede some of the lands conquered earlier. Russia was left to wait for another century and a half to gain a foothold on the Baltic coast. 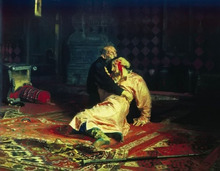 Meanwhile, Ivan himself was becoming more erratic. Fits of rage were replaced by bouts of religious humility; drunken feasts were followed by frantic prayers and fasting in remote monasteries. In 1581, during a violent dispute Ivan accidentally killed his eldest son – the groomed and chosen heir – Ivan Ivanovich, hitting him with his pointed staff.

Ivan’s love life also grew increasingly eccentric as he changed one wife after another, sometimes sending a yet another spouse to a convent shortly after marriage. It’s unclear how many wives he eventually had but most historians agree he could have married up to seven times.

By the end of his life, Ivan was typically bad tempered and unpredictable. During his reign hardly a family of noble birth had not been affected by his murders. Miles of fertile land had been abandoned during the terror of the oprichniki.


After Ivan’s death on March 18, 1584 the ravaged country was left to his unfit and childless son Feodor. When the Czar’s remains were examined in the 1960s, they were discovered to contain high amounts of mercury, triggering speculations that he might have been poisoned. 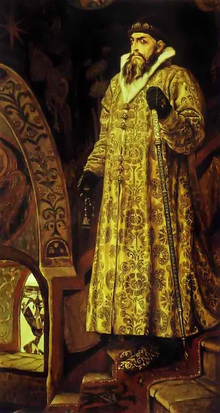 The role of the man who spent 37 years on the Russian throne is still disputed. A ruthless monarch and skilled manipulator, he was also a prominent theologian, an accomplished public speaker and one of the most well-educated people of his time.

Throughout his life he remained a passionate reader and was said to have kept a unique collection of some 800 manuscripts in Greek and Latin. It’s unclear what happened to the Tsar’s library after his death. While some claim it has perished, others believe the literary treasure still lies hidden in the Kremlin – the mystery of the legendary collection remains unsolved.

Even Ivan’s nickname has left a controversial legacy. The English word “terrible” is usually used to translate the Russian word grozny. Yet, grozny’s meaning is closer to inspiring fear or terror, threatening or awesome rather than sinister or cruel. Some believe the original intended sense could have been Ivan the Fearsome or Ivan the Formidable.