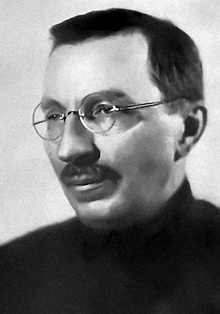 Anton Makarenko, a talented educator and writer, was born in the Ukrainian town of Belopolie (Kharkov Province) into the family of a house painter. In 1904 Makarenko graduated from 4-year college in Kremenchug, at which time he chose the profession of teacher. He continued his education with a one-year teachers’ course. Makarenko was just 17 years old when he began teaching at a railway college. He enjoyed teaching and his students liked his lessons. In 1916-1917 Makarenko served in the army, but because of his poor vision he was demobilized. In 1917 Anton Makarenko graduated from the Poltava Training College. His graduation paper, “Crisis of Modern Pedagogies,” was highly appraised for its unusual approach. For his educational achievements Makarenko was honored with a golden medal, the highest award in Soviet schools and colleges. After graduating from college Makarenko was advised to continue his scientific research in the field of pedagogy, but Anton chose to become a practicing teacher. He worked in the colleges of Krukov and Poltava until 1920 when he was invited to head the Poltava Colony for Young Offenders.

Based on pedagogic literature and his own research and experience, Makarenko believed that upbringing and proper education were the most important factors influencing the formation and development of an individual. His point of view contrasted with the practical standards of the times. At the beginning of the 20th century, the majority of teachers believed each individual had a number of congenital characteristics that determined his or her personality. Makarenko did not agree that a person is “initially good” or 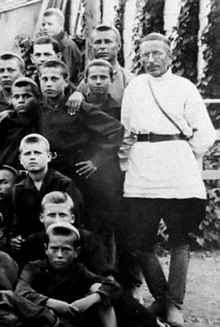 “initially bad.” He was sure that everyone, especially children and teenagers, needed respect and understanding. Makarenko also rejected physical punishment, a common measure of his times.

After proving the effectiveness of his system in the Poltava Colony, in 1927 Makarenko was appointed as the head of an orphanage for street children near Kharkov. Thousands of children in the Soviet Union became orphans following the Civil War and World War I. Left without parental love and care many of them became juvenile criminals. The orphanage near Kharkov was known as the place where the most incorrigible thieves and swindlers were put into rehabilitation. An innovative educator, Makarenko succeeded in gaining their respect. In his upbringing of the troubled orphans he combined insistence and respect, school education and productive labor.

The methods developed by Anton Makarenko were highly appreciated by Soviet writer Maxim Gorky who believed that Makarenko’s “pedagogical experiment is meaningful for the whole world.” Inspired by Gorky, the writer whom he admired, Makarenko wrote the “The Pedagogical Poem,” based on the true stories of his pupils from the orphanage for street children. In his book Makarenko showed how proper education could turn uncontrollable and aggressive teenagers into worthy and responsible citizens. “The Pedagogical Poem,” Makarenko’s principal publication, was a great success not only in the USSR, but also abroad. Anton Makarenko earned a reputation as a progressive, innovative and talented educator.

Makarenko wrote a number of articles, novels, plays and short stories about education and 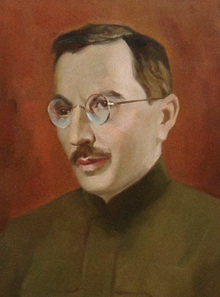 upbringing. In 1934 he became a member of the Soviet Writers’ Union and in 1935 began working for the People’s Commissariat of Internal Affairs in Kiev as the Chief Assistant of the Labor Colony Department. Soon he became the victim of a political denunciation. Makarenko was accused of criticism of Stalin and support of the Ukrainian opposition. But he had a chance to justify himself and successfully avoided arrest. However, Makarenko was forced to leave Kiev and move to Moscow where he would be “under special supervision.” Makarenko continued writing his novels and plays and in 1937 he created his well known “The Book for Parents” followed by “Flags on Towers” in 1938, in which he further elaborated his pedagogical ideas.