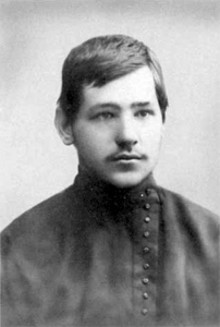 The founding father of modern aero- and hydrodynamic sciences, Nikolay Zhukovsky was the first person to carry out detailed research of airflows. He found an answer to a very simple question: “How do planes fly without flapping their wings?”

Zhukovsky was born in 1847 in the village of Orekhovo in Russia’s Vladimir region, 120 miles east of Moscow. His father Egor was a railway engineer who worked took part in the construction of the road between Moscow and Nizhny Novgorod. As a boy, he often spent time in the fields, gazing at birds and butterflies for untold hours. He had problems adjusting to city life when his parents moved to Moscow, and his grades at school suffered. Still, he managed to do better during the final years of his studies, finishing secondary school with honors.

Zhukovsky dreamt of studying engineering at the St. Petersburg Transport Institute. But his father could not afford tuition costs in the capital. So, in 1863 young Nikolay decided to enter the Department of Physics and Mathematics at Moscow State University.

During his years studying in Moscow, he excelled in the field of applied mathematics. He was one of the best students of Professor Nikolay Brashman, who considered him to be one of the country’s brightest mathematicians. Outside of school, Zhukovsky taught private lessons as a source of income. He graduated from in 1868 with a degree of excellence in mathematics.

In spite of his early success, Zhukovsky held onto his dream of becoming an engineer. The same year he graduated, he enrolled in a railway engineering program at Imperial College in St. Petersburg. But after failing several exams, he quit his studies and left St.Petersburg to return to his native village of Orekhovo.

Life in the village did not last long: Zhukovsky soon realized that he had to resume his studies if he ever hoped to support his family. In 1870, he came to Moscow to teach physics at the 2nd Ladies’ Gymnasium. Two years later, he began to lecture at Moscow High School of Engineering, where he worked for the rest of his life. At that time, he vowed to become a scientist to explore the key scientific quandaries of the era. By 1874, at the age of 25, he became an associate professor to the Chair of applied mathematics. At the time, Zhukovsky was mostly interested in the mathematical calculations of liquids, and he analyzed their motion in various conditions. His research became the basis for his thesis ‘The motion potential of liquids,’ which became one of the key papers in the theory of hydrodynamics. That same year, Zhukovsky traveled to Paris to share his research with French scientists. 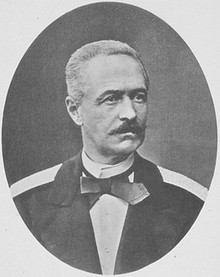 By 1882, after returning from Europe, Zhukovsky had created the basis for a thorough research of hydrodynamic motion, with the help of various mathematic formulas. He wrote a thesis called ‘On the durability of motion,’ which became a vital work for the establishment of Moscow’s water supply system. Construction workers at the time had trouble maintaining pipes, which easily burst and flooded the streets. Zhukovsky made the necessary calculations and discovered a solution: He recommended replacing the valves with taps. The valves were ineffective at blocking water flows because the liquid could be stopped due to inertia, causing the pipes to break. After the implementation of taps, the number of breakdowns in the Moscow water supply system was greatly reduced.

This research earned him the degree of Doctor in Applied Mathematics. The staff of Moscow University was so fascinated with Zhukovsky’s findings that the professors invited him to teach a course in applied mathematics. Moscow State University became another home lifelong for Nikolay Egorovich. In 15 years, Zhukovsky carried out more than 40 research projects in the various spheres of applied mechanics, including the flow of liquids and the collision of objects.

By the end of the 1880s, Zhukovsky became fascinated with humanity’s first attempts at flight. He began to work on the theoretical foundations for manned flight: In the 1890s, he published the works ‘On the theory of flying,’ ‘On propellers with wings’ and ‘On the decline angle for airplanes.’ He also studied the various patterns used by birds in flight.

In 1894, he became a corresponding member of the St. Petersburg-based Russian Academy of Sciences. Six years later, he was offered full membership at the academy, but Zhukovsky chose not to go to St. Petersburg – he did not want to end his scientific career or leave the students of High School of Engineering and Moscow State University.

The year of 1902 was crucial in Zhukovsky’s career. With the help of his students, he managed to build the first wind tunnel in Russia. This helped him publish works explaining the science behind why manmade objects can float in the air. He also explored the many conditions under which these objects could fall –the first attempt to generate a theory of spinning. This would go on to be used by every pilot and aviation engineer by the beginning of the 20th century. 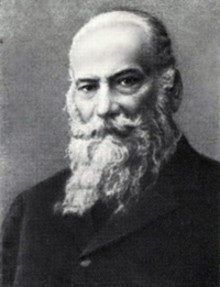 Zykovsky was also the first scientist to mathematically explain the origin of aerodynamic lift, which he did through his circulation hypothesis. According to Zhukovsky, the lifting force generated by an object moving through liquid or gas should be proportional to the velocity and circulation around that object. This became the foundation of the aerodynamic law pioneered by Zhukovsky.

Through numerous experiments and formulas, Zhukovsky managed to define the necessary shape of future airplanes. The most essential part, according to Zhukovsky, is the rounded nose, the ‘leading edge’ – a double surface that determines the required thickness of the aircraft – and the sharp tail that the research dubbed the ‘trailing edge.’

Several of his colleagues urged Zhukovsky to make the first test flight. But was in no hurry. “The research needs to be more substantial before any plane gets to fly,” he said. In 1903, the Wright brothers made the world’s first aircraft, but Zhukovsky is still considered to be the pioneer of aviation theory.

Nikolay Zhukovsky also established a number of scientific institutions. In Moscow, he founded an aerodynamics laboratory. He taught future scientists – like Akkerman, Delone, and Mikukin – who would go on to develop practical applications for his studies.

In 1904, Zhukovsky, with financial help from entrepreneur and fellow scientist Dmitry Ryabushinsky, established the world's first Aerodynamic Institute in Kachino near Moscow. After the Bolshevik Revolution, the facility was renamed TSAGI (‘Central Aero Hydrodynamics Institute’). To this day, it still functions as a key scientific research institute for military and civil aviation. Many prominent scientists like Mstislav Keldysh and Sergey Korolev worked with the institution at various stages of their careers.

Zhukovsky was also an active force in military engineering – he founded the Moscow Academy of Military Engineering. There, he endorsed various courses on aviation theory for military pilots – Russian flying aces successfully used this knowledge during WWI.  In 1918, these courses were turned into the Institute of the Red Army Air Force Engineers. After Zhukovsky’s death, it was reorganized into The Academy of Military Engineers, and still bears his name. 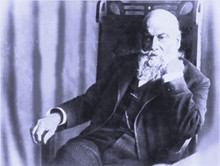 When the Bolsheviks came to power after the October Revolution in 1917, Zhukovsky became one of the era’s scientific icons. In 1920, the Council of People Commissars – the Russian Government of the time – set up the ‘Zhukovsky Prize’ for advanced research in mathematics and mechanics.  Lenin personally ensured that Zhukovsky’s activities at the TSAGI institute were funded. Over the course of his career, he ended up authoring more than 60 research papers.

In 1920, Zhukovsky contracted typhoid fever. This illness became aggravated after the death of his beloved daughter. Zhukovsky could not overcome the disease, and died in 1921 at the age of 74. The village of Kachino, the location of theTSAGI institute, was later renamed the city of Zhukovsky.