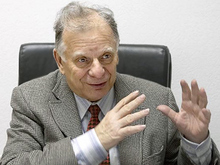 
Alfyorov started working at a vacuum processes lab in the 1950s when he was a third-year student at a university, and essentially never changed his main area of interest.

The first state acknowledgement of his research was in 1958 for the creating of electronic devices for the K-3, the first soviet nuclear submarine. His team had to develop a brand new technology in six months to meet the demanding deadline, which they successfully did.

Alfyorov, however, is more praised for his study of heterojunction semiconductor structures in the 1960s and early 1970s, which won him the Nobel Prize in Physics in 2000. They are a type of solid-state semiconductor interface where two or more different kinds of semiconductor layers link together to produce new electronic properties. Most modern electronic devices like computer processor chips or LCD screens use heterostructures in some way.

This research also led to the creation of lasers that can work at room temperature for a long time. While he didn’t conceive the idea of a semiconductor laser, Alfyorov and his team made it cheap to use. Today you use a laser like that every time you play a DVD or when you get your dog to tumble around the floor with a laser pointer.

Less obvious, but probably more important, is that they allowed reliable broadband communication via fiber optical lines, and light-emitting diodes, which are bound to replace light bulbs in a matter of years, use a similar process. 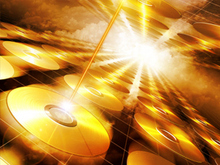 Yet another application is solar panels. Alfyorov’s work helped create efficient and long-lasting panels used on the Mars Rovers and the International Space Station. After further improvement they may become the core of an alternative energy economy.

Today, Alfyorov is still busy coordinating research in semiconductors, when he is busy from his duties as official at the Russian Academy of Sciences, a Member of Parliament, and chief editor of a scientific magazine. His work focuses on nano-scale applications like quantum dots and their use in energy.

In public life the scientist is a strong supporter of communism, an atheist strongly objecting to advancement of religious education in Russia, and proponent of science and knowledge as the means to see a better future. His foundation gives grants to young physics students and is involved in charity projects.

Alfyorov says his life motto is “To strive, to seek, to find, and not to yield.”

Andrey Tupolev The Russian aeronautical engineer and army officer Andrey Tupolev was the leading designer of large and heavy aircraft in the USSR.