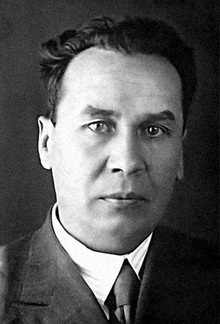 Mikhail Koshkin was the Soviet tank designer who designed the legendary T-34 - the best tank of World War II.

Koshkin was born on 3 December 1898 in the small village of Brynchagi near Yaroslavl into a peasants’ family with many children. When the boy was just seven years old his father died in a timber cutting accident. The family went through tough times. Koshkin’s mother had to work day and night to make ends meet. After graduating from the third grade of the local parish school Misha (short for Mikhail) went to Moscow to earn his living. His first job, which he kept until World War I started in 1914, was as an apprentice in a factory producing candies. At the onset of the war Koshkin was mobilized and sent to the front line, where he was injured but not discouraged. A strong supporter of communist ideals, Koshkin joined the Red Army as a volunteer in 1918.

He participated in the war for three years and proved himself as a brave warrior. Commanders appreciated his achievements and noticed his keen intellect. From the front line Mikhail Koshkin was sent to the Moscow Communist University named after Yakov Sverdlov. He graduated in 1924 and soon the former apprentice became the director of the candy factory in

the town of Vyatka. However, Koshkin didn’t think he had reached the top of his career and decided to continue his studies. He had a reputation as a loyal Bolshevik, so it was not difficult for him to arrange the enrolment in the Leningrad Polytechnic Institute, the chair of automobiles and tractor design. During his years of studies Mikhail Koshkin revealed an outstanding talent for design. 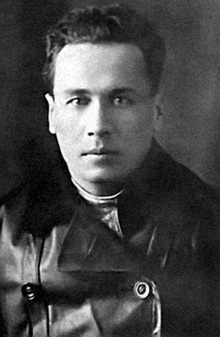 prepared. At the Leningrad Polytechnic Institute Koshkin became a unique specialist in the sphere of tank design. Graduating in 1934, Mikhail continued working in his chosen field. His developments were highly relevant, as the Soviet government demanded progress in military equipment construction. In 1936, for his achievements in tank design, Koshkin was awarded the Order of the Red Star.

In 1937 Koshkin, by now a prominent specialist, was sent to Kharkov. He was assigned to lead a team to design a replacement for the BT tank at the Kharkov Locomotive Plant. He managed to elaborate two models of tanks: the A-20 (the armor thickness equaled 20 millimeters, hence the figure in he name of the model) and the A-32 (the armor thickness equaled 32 millimeters). It was a success, but still it was not enough. The government ordered that another tank be designed, one that would be more heavily armed and armored. Thus the tank with an armor thickness of 45 millimeters

The T-34 was produced in two main variants, the T-34/76 with a 76-millimeter gun and the T-34/85 with an 85-millimeter gun. The tank is often used as a symbol of the effectiveness of the Soviet counterattack against the Germans. The T-34 was the nightmare of the German commanders, as it could combat all 1941 German tanks effectively. It was faster, had better armament and better armor protection, due to the technical innovation of sloped armor. Friedrich Wilhelm von Mellenthin, the General Major of the 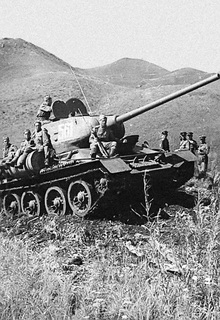 German Army, bitterly admitted that the Germans had nothing comparable.

In March 1940 Mikhail Koshkin himself drove the T-34 tank from Kharkov to Moscow and back to Kharkov. It was an extremely difficult service test: Koshkin and his assistants faced snowstorms and impassibility of roads. However, the new T-34 tanks proved their excellent features. On 31 March 1940 the tanks designed by Koshkin were put on repetition work.

During service tests Koshkin caught a cold. He decided not to receive medical treatment and the condition of his health grew worse each day. The diagnosis was pneumonia and doctors couldn’t help him. On 26 September 1940 Mikhail Koshkin died. In 1942 he was posthumously awarded with the State Stalin Prize and the Order of the Red Star. In Kharkov a monument to Koshkin and his legendary tank was erected. There are books and movies based on Mikhail Koshkin’s life story.