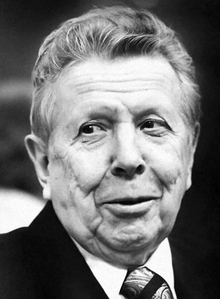 Evgeny Chazov’s mother was a general practitioner and participant of World War II; his father was a military man. Evgeny was born in Nizhniy Novgorod (then Gorky), and moved to Kiev with his family when he was 15. He graduated with honors from Kiev’s medical university in 1953. That same year he left for Moscow where he started his residency training under one of the country’s best practitioners, Aleksandr Myasnikov. Three years later the young doctor received a PhD and was assigned to work at the Kremlin hospital.

He worked at the Institute of Therapy of the USSR Academy of Medical Sciences as a junior, and later as a senior researcher. Chazov’s interest in science formed under the influence of Aleksandr Myasnikov. In 1963, Chazov became a Doctor of Medicine and was appointed Deputy Director of Research, and in 1965, he was promoted to Director. Two years later the institute was transformed into the Institute of Cardiology of the USSR Academy of Medical Sciences and named after Aleksandr Myasnikov. In 1968 Evgeny Chazov became Deputy Health Care Minister and, at the same time, chief of the emergency cardiology department of the Institute. Five years later he was elected an academic of the Academy of Medical Sciences, and eight after that, an academic at the Academy of Sciences. In 1976 Chazov became the head of a new All-Union Scientific Center of Cardiology, which was transformed into the Russian Cardiologic Scientific and Production Complex under the Health Care Ministry in 1997, with Chazov as CEO. From 1987-1990 he was the Soviet Health Care Minister.

Evgeny Chazov is widely known for his works on thrombolytic drugs (those used to cure blood clots that block blood vessels and cause heart attacks). In 1960 he started using the medicines he created to cure cardiac accidents and in 1969 earned the USSR State Prize, the highest government prize of the Soviet Union, for implementing a system of treatment for those suffering myocardial infarction. His system included pre-hospital help, the creation of the country’s first intensive care units and new schemes of therapy. The system is still in place today, not only in Russia and CIS countries, but around the world. Chazov and his colleagues developed methods of combating life-threatening disorders involving heart rhythm and conduction, including the use of medicines, cardioversion and cardiac activation.

Chazov and his followers also developed a system of preventive and restorative measures, which enabled the prevention of the development of cardiovascular disease and helped those afflicted return to normal. In 1976, Chazov’s work in this field was rewarded with a second USSR State Prize. The world-wide acclaim of his achievements was confirmed when he was elected President of the Ninth International Cardiologists Congress and of the First International Congress on Preventive Cardiology. In 1978 he was awarded the title of Hero of Socialist Labor, the Order of Lenin, and the gold “Sickle and Hammer” medal. 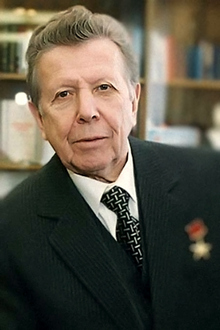 Chazov was the personal physician of many Soviet and Russian leaders, namely: Leonid Brezhnev, Konstantin Chernenko, Yury Andropov and Boris Yeltsin, as well as the leaders of several other countries.

He received a third USSR State Prize in 1991 for creating elements of special medical equipment and in 2004 he and a group of other scientists received the Russian Federation State Prize for creating an ingenuous anti-arrhythmic drug called “nibentan.”

Evgeny Chazov was not only a medical practitioner and scientist, but also a renowned health care manager. He initiated the creation of a network of diagnostic centers, the formation of a system for combating HIV and a review of the law on psychiatric help. He also implemented new principles of money management in medicine, created a network of institutions to fight child mortality, created a system of emergency medical aid, and much more.

In 1980, together with Bernard Lown, a cardiology professor from the Harvard Health Care Institute, Chazov created the movement “International Physicians for the Prevention of Nuclear War.” The movement played an important role in directing public opinion against nuclear warfare and, according to various political leaders, contributed to the signing of nuclear reduction agreements. In 1985, Chazov and Lown received the Nobel Peace Prize on behalf of the movement.

Since 2008 Evgeny Chazov has been a member of the expert council of Russia’s Health Care Ministry and also the chief cardiologist of the Ministry. He lives and works in Moscow, but is also an honorary citizen of Bishkek, the capital of Russia’s Republic of Kirgizia. He holds a Guinness Book world record for treating 19 leaders from 16 different countries.

Evgeny Chazov is the author of a number of scientific discoveries and has written over 450 works on clinical cardiology, along with the books “The Diseases of the Heart and Blood Vessels” (“Bolezni Serdtsa I Sosudov”), published in four volumes, 1982-1992, “Health and Power: Memoirs of a Kremlin Doctor” (“Zdorovye i Vlast: Vospominaniya Kremlevskogo Vracha”), 1992 and “Doom” (“Rok”), 2000. He has supervised the graduation of over 50 PhDs and 30 Grand PhDs. He is an honored scientist of Russia, Uzbekistan and Kirgizia, and an academic and honorary professor of a number of Russian and world academies and scientific institutions.