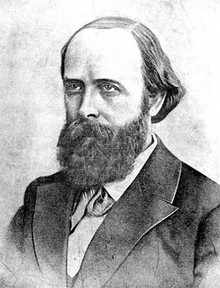 Nikolay Zelinsky was an outstanding Russian organic chemist, the author of fundamental discoveries in the hydrocarbon synthesis, organic catalysis, catalytic oil cracking, protein hydrolysis, and chemical protection, and the founder of a scientific school.

Young Nikolay Zelinsky was born on February 6 1861, in Tiraspol, Kherson Province in what is now Moldova, to a noble family. His father died of tuberculosis in 1863. Two years later, the same disease took away his mother. The boy remained with his grandmother. The old lady, afraid the boy might inherit vulnerability to the disease, took care that he got involved in sports. This helped Nikolay grow strong and agile.

Zelinsky received his early education in the Tiraspol district school, then pursued it in a high school in Odessa. At the age of 10 he conducted his first chemical experiments.

In 1880, Zelinsky entered the natural history department of the Physics and Mathematics Faculty at Novorossiysk University, the place where well-known Russian scientists were performing their studies: Ivan Sechenov, Ilya Mechnikov, Nikolay Sokolov. From the very beginning Zelinsky decided to devote himself to organic chemistry.

In 1884, Nikolay Zelinsky graduated from the university and continued his scientific studies at the department of chemistry.

In 1885, he was sent for internship to Germany. Upon returning from abroad in 1888 Zelinsky earned master's degree and was enrolled as a freelance lecturer at the university, delivering lectures on organic chemistry.

In 1890, he left for Leipzig to the laboratory of well-known German chemist Friedrich Wilhelm Ostwald.

In 1891, Zelinsky received his doctoral degree. He was one of the first scientists to explore ways of synthesis of stereo isomeric dibasic acids.

In the summer of 1893, Zelinsky was appointed professor at Moscow University.

The Moscow period for Nikolay Zelinsky was very productive. The scientist’s range of interests was extremely broad. From 1893 to 1911 he published over 200 scientific articles. In 1906, Zelinsky first developed the method available for producing alpha-amino acids, explained the mechanism of the reaction, synthesizing a large number of amino acids.

In 1911, among a large group of professors of the Moscow State University Nikolay Zelinsky resigned in protest against the reactionary policies of the then-minister of education. 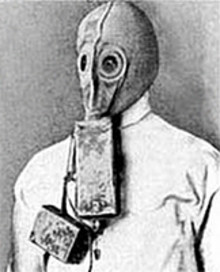 Gas mask of Zelinsky and Kummant

On April 22, 1915 in the Ypres region, at the crossroads of the French and the British fronts, the Germans had carried out the first gas-cylinder chemical attack. As a result out of the 12,000 soldiers only 2,000 survived.

On May 31, a similar attack was repeated on the Russian-German front near Warsaw. The losses among the soldiers were huge. Nikolay Zelinsky was given the task of finding a reliable means of protection against gases. Zelinsky came up with the idea to use ordinary charcoal as an absorber for the mask. He developed a way to activate the carbon by calcinations, which considerably increased its absorption capacity.

By mid-1916 the mass production of gas masks began. Overall, during the First World War more than 11 million gas masks were sent to the army, saving the lives of thousands of Russian soldiers.

After the February Bourgeois Democratic Revolution of 1917, Zelinsky received the right to return to Moscow University. After the October Revolution of the same year he continued his work at the department. Already in 1918, Zelinsky was busy solving the urgent problems facing the country and studied methods of gasoline production from oil.

For his huge contribution to the development of chemical science, Zelinsky was elected member of the Moscow Society of Naturalists in 1921, awarded with the Grand Prize 1924, was elected a corresponding member of the USSR Academy of Sciences (1926), and appointed Academician of the USSR (1929).