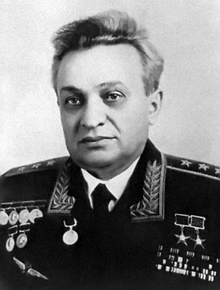 The name of Artyom Mikoyan, the distinguished aeronautical constructor, has forever become a synonym of Russian aviation science. His contribution to the thrift of national aviation remains difficult to overestimate; it is to him that we owe a great deal of the country’s image as a military power. His developments were so well ahead of their time that many are still referred to as innovations yet to be surpassed.

Artyom Mikoyan was born into the family of a carpenter in a remote village in Armenia in 1905. He had the good fortune of being the younger brother of Anastas Mikoyan, a powerful Bolshevik and the second longest-lasting member of the Politburo, who was also renowned for being one of Stalin’s favorites. The sudden death of his father drove Artyom away from his home and to Tbilisi in search of a job.

He first saw a plane in 1918, when his family took refuge in the mountains during a Turkish invasion. A biplane conducted an emergency landing right beside their hiding place, making an indelible impression on young Artyom.

In 1921 Artyom formed the first Komsomol (Young Communist League) unit in his home village. In 1923 he moved to Rostov-on-Don. He worked as a lathe operator at a 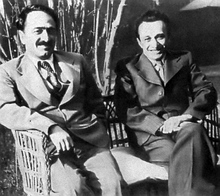 plant and was simultaneously a full-time student at the plant-sponsored professional school. His political awareness, high morality and conscientious attitude to work had set him right with the Communist Party functionaries. As a result, his candidacy was seen as well-suited for joining the Party, which Mikoyan did in 1924.

In 1925, matured and more experienced, he relocated to Moscow and worked at the “Dynamo” plant. In the capital his politically active lifestyle was also noticed and appreciated, and earned him the position of the head of the Oktyabrsky Tram Park Communist Party Unit.

In 1928-1930 he was conscripted to the Army and performed military duty in the infantry. Later on, Mikoyan was promoted to study at the Frunze Military Academy in the city of Oryol, where he worked as a secretary of the local Komsomol Bureau. He could have made a brilliant political career, rising as high as his brother, but Artyom’s destiny was written differently… 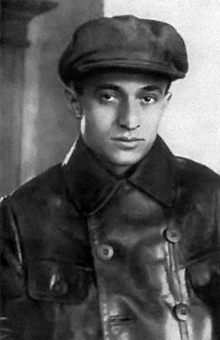 The 1930s saw the dawn of Russian aviation. The Communist Party launched the slogan “Komsomol gotta fly!” A wave of all-embracing love for aviation swept thousands of young boys and girls to all sorts of aviation clubs and schools. It was the turning point for Mikoyan: in 1931 he accepted sponsorship for the Zhukovsky Military Air Engineering Academy, the main center of Soviet aviation science at the time. Mikoyan graduated as a Red Army Air Force Mechanical Engineer in October 1937, holding a pilot's license and qualified as a parachutist. It was at this time that Mikoyan had his debut as a constructor: with the help of his peers he designed his first simple aircraft, “Oktyabryonok.”

In 1938, Mikoyan was assigned as an Air Force representative at Zavod #1 (State Aviation Plant, GAZ), which housed Polikarpov’s Osoboye Konstruktorskoye Büro (Special Design Bureau, OKB), which produced I-153 planes. Atryom’s duty was to inspect the newly built planes. By vocation, Mikoyan had to frequently contact both designers and production technicians, obtaining priceless experience and bettering his skills. In March 1939 Polikarpov asked Mikoyan to assist in redesigning the I-153 production line. It was his first serious independent project. Successful completion of this project brought Mikoyan to the attention of Voronin, manager of GAZ #1, and Dementiev, the chief engineer. After a difficult meeting with the GAZ #1 team and Polikarpov during the summer of 1939, Stalin personally ordered the organization of an opytny konstruktorsky otdel (Experimental Design Department, OKO), inside the Polikarpov OKB to develop a new monoplane fighter. Voronin and Dementiev were unanimous in recommending Mikoyan for this challenging assignment. 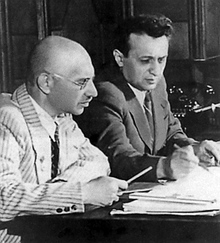 Evil tongues gossiped that Mikoyan owed all his success to his elder brother, Anastas Mikoyan, by that time Deputy Chairman of the Council of People's Commissars (ministries) and People's Commissar for Foreign Trade, and at the peak of his popularity with Stalin. This relation may have helped to grease some bureaucratic wheels, but none the less, Mikoyan’s personal talent and achievements were crucial to making him what he was.

Before accepting the mission, Mikoyan insisted that his close associate Mikhail Gurevich join the OKO as his deputy. Gurevich’s experience in aircraft manufacturing and his vast technical knowledge were critical to the new design team.

In March 1940, Mikoyan was appointed chief constructor at GAZ#1 with Gurevich as his deputy chief constructor. Their first collaborative project, the coveted I-200, designated the MiG-1 in December 1940, was built to the latest technologies in the shortest time ever: four months! The pattern was completed by 25 November 1939, while the first test flight was performed on 5 April 1940. By the end of October, the production of MiGs was commercialized and in December the Soviet Army passed them into service. Consequently, after a series of tests and changes, the new MiG-3, with improved range and stability, emerged and entered production after the last of the MiGs was completed. MiG-3 production was terminated early in 1942 to satisfy the more urgent demand for strike-fighters aircraft, which were better suited for largely tactical air wars. 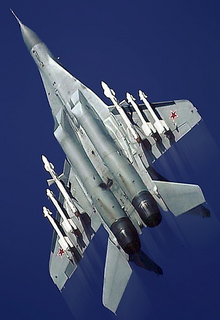 In March 1942 the Mikoyan OKO was reorganized with Zavod # 155 in Moscow into an independent design bureau, Osoboye Konstruktorskoye Büro MiG (Special Construction Bureau, OKB), with Mikoyan as manager and Gurevich, his number two, as chief constructor. With all the experience and knowledge the team had accumulated over the years, they were now fully prepared for a new challenge – the first homemade fighter jet MiG–9 (I-300). Designed in 1945-46 to use the German BMW jet engine, the MiG-9 was the first Soviet jet aircraft. It made its first flight on 24 April 1946. Entering full production after state acceptance later in 1946, it is known as the predecessor of a distinguished line of MiG jet fighters that has included a vast array of aircraft, including the MiG-15, MiG-17, MiG-19, MiG-21, MiG-23, MiG-25, MiG-29, and MiG-31 series.

Mikoyan became the general designer of his OKB in 1956 and held that post until a stroke disabled him in May 1969. He died on 9 December 1970.

The Mikoyan OKB was indeed a genuine team in which everybody contributed their strengths to the good of the entire Soviet air force. The popularity of the talented Soviet aviation constructor had no boundaries. Foreign press hailed Mikoyan as the man who created “an interceptor with high characteristics never before seen in the West.” During the period of WW II Mikoyan and Gurevich designed 15 prototypes. Mikoyan’s fighters set 55 world records for range and flight elevation.

Artyom Mikoyan was twice awarded the highest civilian honor, the Hero of Socialist Labor, and received numerous military medals and titles, including six Orders of Lenin and six State Prizes. In his home village, a memorial complex and a bronze statue have been erected in his honor.