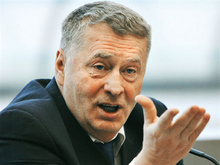 Vladimir Zhirinovsky is a Russian politician. He is the founder and leader of the Liberal Democratic Party of Russia (LDPR), a vice chairman of the State Duma (Russian Parliament) and a participant in five Russian presidential elections from 1991-2012.

Vladimir is one of the most odious and colorful figures in Russian politics. He often breaks up debates by shouting or by physical shoving. Once, during a talk-show he splashed juice in the face of his opponent. Most of his statements about other politicians are rather sharp. He remains in the national spotlight by combining outlandish behavior and populist appeal. His antics include fistfights on the floor of the Duma or threatening to take Alaska back from the United States. One of his most famous quotes is: “The Russian soldiers will wash their boots in the warm waters of the Indian Ocean.” 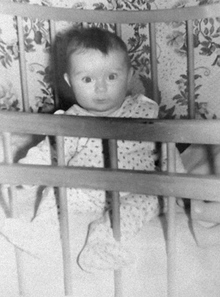 Vladimir Zhirinovsky was born in Alma-Ata, the capital of the Kazakh Soviet Socialistic Republic, now Kazakhstan. He was the last of six children. His father, Volf Edelstein, a lawyer, died in a car crash in 1946. Vladimir’s mother, Aleksandra Zhirinovskaya raised six children on her own.

After graduating from high school in 1964 Zhirinovsky entered the Moscow Institute of Oriental Languages at Moscow State University (later renamed the Institute of Asia and Africa). He was a student of the department of Turkish studies and graduated in 1970 with honors. He continued to study at the university and earned a degree in law as well.

In 1972-1975 Zhirinovsky worked as an expert on Western European Affairs in the Soviet Defense of Peace Committee. In 1975–1977 he worked in the Higher School of Trade-Unionism in the Dean's office for foreign students. In 1977-1983 Zhirinovsky was an officer in the USSR Department of Justice. He headed the legal department at the publishing company Mir from 1983 to 1990.

Zhirinovsky started his political career in 1988 when he began to take an active part in political meetings and organizations that appeared during the “Glasnost” period under Mikhail Gorbachev. He proved to be an outstanding orator and charismatic leader. By 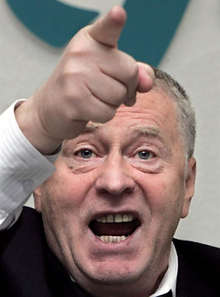 this time the political views of Zhirinovsky had been formed. He opposed the Communist Party, calling for profound social, economic and political reforms in the USSR. Nevertheless, he did not want the collapse of the Soviet Union and strongly condemned the agreement on the Soviet Union’s dissolution in December 1991.

In 1988 Zhirinovsky was among the organizers of the congress of the Democratic Union Party. He refused to join this party, however, because he disagreed with some basic planks of its political declaration. For example, Zhirinovsky proposed to exclude the thesis about the destructive role of the Communist Party in the history of USSR. In the late 1980s in the USSR, the Communist Party was already anticipating its imminent death. People involved in politics, moved on to organize new parties. Their goal was to occupy a vacant niche of opposition. Among them was Zhirinovsky, who initiated the organization of the Social Democratic Party of Russia at the end of 1988. Zhirinovsky failed to register the party officially, because the number of members-to-be was insufficient. The party’s agenda, however, laid the foundation for Zhirinovsky’s Liberal Democratic Party. The basic points of the program were the abolition of national-state entities and the establishment of a unitary state. In December 1989 Zhirinovsky took initiatives that led to the founding of the Liberal Democratic Party of the USSR, the second registered party in the Soviet Union. He was elected head of the Party on 31 March 1990. he remains to this day the chairman and personification of the Liberal Democratic Party.

Working in the Duma

Zhirinovsky continued his work in the Duma after the parliamentary elections in 1999. In 2000 he was appointed a vice-chairman of the parliament, thus ceasing to be the head of the Liberal Democratic Party. His son, Igor Lebedev, was chosen to run the party instead. In the late 1990s Zhirinovsky’s popularity waned. LDPR has not placed better than third in parliamentary elections since 1999. Zhirinovsky won less than 10 % of the vote in the 2000 and 2008 presidential elections.

Nowadays Zhirinovsky remains one of the most controversial figures on the Russian political stage. He is well known for his eccentric behavior: he called for a military march towards the Indian Ocean and for the overthrow of legitimate governments of many countries. In February 2005, Zhirinovsky was declared persona non grata in Kazakhstan. In June 2006 the Ministry of Foreign Affairs of Ukraine denied Zhirinovsky entrance to the country because of statements, "that diminish the dignity of the state of Ukraine." Vladimir Zhirinovsky is always followed by scandals. He does not miss a single opportunity to attract the attention of the mass media. Vladimir always shocks his audience.

Zhirinovsky acts as an entertainer, sings songs and participates in concerts on TV. He owns a number of trademarks, bearing his name (vodka, ice cream, etc.). He is widely known under the nickname Zhirik, but he prefers to be known by the acronym "VVZH". 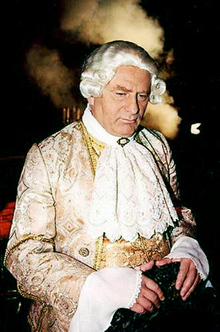 The Liberal Democratic Party, founded by Zhirinovsky, is said to win votes from nationalists. Zhirinovsky often speaks about such notions as “Russian power” or accuses his opponents of secret relations with other countries. Analysts often regard the vote for Zhirinovsky as a manifestation of the so-called protest electorate. On the other hand, his politics are more complex than the term “ultranationalist” may imply. Zhirinovsky also speaks for the reduction of bureaucracy and corruption, better regulation of food prices and support for small business.

An extraordinary politician, Zhirinovsky is also prominent for his work in social sciences. He is a Doctor of Philosophy and an author of multiple press publications. In 2001 Zhirinovsky presented his complete works totaling 55 volumes. He is a member of the Academy of Social Sciences and a professor at the Academy of Security Problems. Zhirinovsky was awarded for his “contribution in consolidation of Russian statehood” by the President of Russia.

Zhirinovsky is divorced. His ex-wife, Galina Lebedeva, is a candidate of biological sciences, a virologist and the president of the Association of Parliamentary Activities. Zhirinovsky’s son, Igor Lebedev was born in 1972. He has a degree in law. In 2000 he was elected Chairman of the Liberal Democratic Party.

Zhirinovsky hobbies include hunting, sport shooting, hiking and volleyball. In his childhood and youth he wrote poetry.