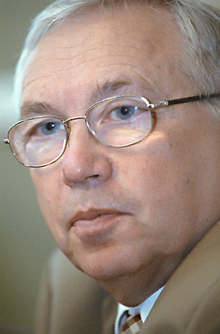 Vladimir Lukin was born in the city of Omsk into a family of professional Party functionaries. His father, Pyotr Lukin, was one of the founders of the Komsomol, the youth wing of the Communist Party of the USSR. A week after Vladimir’s birth his father was accused of being a Japanese spy and arrested. His mother, Raisa Ryzhik, in her attempt to find justice, was arrested too. Until his parents’ release Vladimir Lukin was brought up by his relatives.

In 1959 Lukin graduated from the Moscow State Teaching Institute with a diploma as a teacher of Russian language, literature and history. He worked for two years as a scientific researcher at the State Historical Museum of USSR and the Revolution Museum of the USSR. In order to continue his education, Vladimir Lukin entered the Institute of World Economy and International Relations. International affairs would become a major part of Lukin’s life.

In 1964 Vladimir Lukin received the scientific degree of Candidate of Historical Science (correspondent to a PhD). Soon after that, as a young specialist, he was sent to Prague to work as the senior reviewer of the Czechoslovakian journal “Problems of Peace and Socialism.” In 1968 Lukin expressed his disagreement concerning the introduction of Soviet troops in the Czech Republic and was immediately recalled to the USSR and prohibited from leaving the country for the next 10 years.

That same year Vladimir Lukin was appointed Head of the Far Eastern Policy Department at the Institute of the U.S. and Canada of the USSR Academy of Sciences. Lukin held this post for eleven 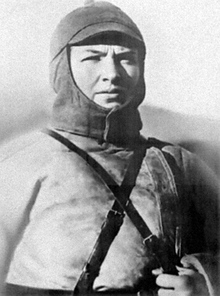 years and from then on he was considered a specialist of Russian-American relations.

In 1987 Vladimir Lukin began his work in the Ministry of Foreign Affairs of the USSR: first as Head of the Department of the Pacific Ocean States and South-East Asia, then as Head of the Department for Evaluating and Planning. At the same time he received the highest post-graduate academic degree of Doctor of Science. In 1989 Lukin initiated and led the Analysis and Forecasting Center of the Secretariat of the USSR Supreme Soviet (Supreme Council).

1990 designated the beginning of Vladimir Lukin’s political activity. At first Lukin was elected a People’s Deputy of the Russian Soviet Republic (the RSFSR) and soon he became a member of its Supreme Soviet. At the same time Lukin worked in the Constitutional Commission.

Soviet. After the Soviet Union collapsed, he participated in the drafting of new

treaties with former Soviet republics. In 1992 Lukin, as head of the IAC, initiated the question of Crimea’s status.

At the beginning of 1992 Vladimir Lukin received the highest diplomatic rank of Ambassador Extraordinary and Plenipotentiary of the Russian Federation. During this period his activity in the sphere of international relations was very dynamic: Lukin performed the duties of Russian Ambassador to the U.S. and was a permanent observer of the Russian Federation in the Organization of the American States (OAS). In 1993 Vladimir Lukin received the title of Ambassador of the Year (the U.S.).

In 1993, after the Russian constitutional crisis in which Boris Yeltsin dismissed the Supreme Soviet, elections to the State Duma - the lower chamber of the new parliament of the Russian Federation - were held. Vladimir Lukin, together with Grigory Yavlinsky and Yury Boldyrev, headed the party Yabloko (an acronym of the names of its founders, with the letter “L” standing for “Lukin”). The word “yabloko” also means “apple” in Russian. Having won the elections, he became the Chairman of the International Affairs Committee of the State Duma. The Yabloko Party won in the next two elections as well (1995 and 1999) and, consequently, Lukin kept working in his posts, having also become a member of the Committee of Public Associations and Religious Organizations. 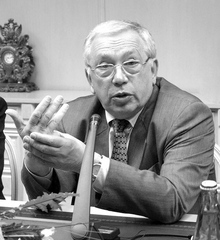 In February 2004 Vladimir Putin recommended Lukin as the Human Rights Commissioner of the Russian Federation (also known as Ombudsman) and soon the State Duma voted in support of his candidacy. Lukin has held this post up to the present, with his activities constantly discussed by the general public and mass media. According to existing legislation, he had to interrupt his membership in the Yabloko Party.

One of the most talked-of occasions in Russia was the ombudsman’s participation in solving a scandal in Blagoveshchensk (Republic of Bashkortostan), in which hundreds of citizens were unjustly arrested and beaten by policemen. Vladimir Lukin insisted on a further investigation and eventually several members of the police staff were held responsible. Lukin also became known for his sharp criticism of the decision of the Volgograd authorities to close down the newspaper Gorodskiye Vesti (the City News), which published a caricature of a religious character. The incident was part of the Jyllands-Posten Muhammad cartoons controversy of 2005-2006, an inter-cultural conflict between Muslim and European cultural traditions based on freedom of speech. Vladimir Lukin commented that the shutdown of newspapers for such reasons was “an unlawful use of power, which must be persecuted.”

At the beginning of 2006 Lukin’s name appeared in the press regarding a new law that virtually meant the discontinuation of activities of foreign non-profit organizations (NPOs), which were accused of espionage by the Federal Security Service of Russia. The ombudsman promised to help the foreign NPOs to extend their re-registration procedure for a year. The mass media didn’t report any of Lukin’s actions concerning this issue, but soon the registration continued.

Vladimir Lukin’s work as the Russian ombudsman is assessed in different ways: some experts state that he is less independent than his predecessors, while others underline improvements in the sphere of human rights. Describing the work of his institution, Lukin pointed out that the body receives about thirty thousand private complaints annually, and about seven to ten percent of these are successfully resolved. 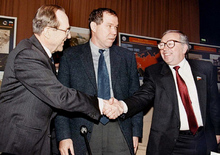 Vladimir Lukin is proficient in English, French and Spanish and can understand Czech, Portuguese and Italian. Lukin is married, with two sons and a grandson.