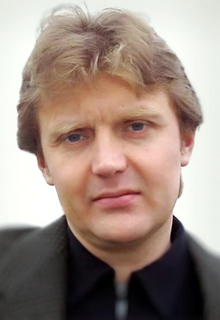 Aleksandr Litvinenko was a former Russian security officer who fled from Russia and found political asylum in London. Throughout his life his name was linked to several political scandals both in Russia and abroad.
Litivinenko was famous for his criticism of the Kremlin and his sensational
- although never confirmed - revelations. But it was his illness and dramatic death that brought his name into the media limelight worldwide.

To this day his death is a matter of controversy that is still feeding numerous conspiracy theories.

Aleksandr Litvinenko was born on 30 August 1962 in the city of Voronezh.
Upon finishing secondary school in Nalchik in 1980, Litvinenko served in the Internal Troops of the Interior Ministry and later graduated from the Kirov Higher Command School in Vladikavkaz. He then joined the KGB Military Counter Intelligence Department in 1988 after serving as an informant for almost two years. Litvinenko also graduated from the Novosibirsk Military Counter Intelligence School, continuing his work in the KGB.

After the collapse of the Soviet Union, the KGB was reformed and its name was changed to FSB. In 1991 Litvinenko was transferred to the central office of the Federal Counter Intelligence Service (FSB), which is responsible for counter-terrorist activities and infiltration of organized crime.

Litvinenko took part in military campaigns led by the USSR and Russia, including military operations in Chechnya and Dagestan. 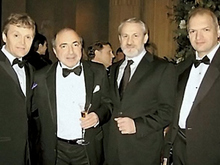 In 1994 Litvinenko met the Russian media mogul Boris Berezovsky while investigating a murder attempt on the oligarch's life. It was later reported that Litvienenko was moonlighting for Berezovsky. Despite the fact that this was illegal, Litvinenko was never prosecuted it. At the time, Berezovsky was one of the richest men in Russia and soon entered the circle of people close to Yeltsin and his family.

In 1997 Litvinenko was transferred to the FSB Organized Crime Department and promoted to the Senior Operational Services.

In 1998 Litvinenko gave a news conference in Moscow together with a group of FSB officers. They had allegedly uncovered a conspiracy plot against Boris Berezovsky. Litvinenko and others claimed that they had received orders to assassinate or kidnap a number of Russian businessmen and politicians, among them Boris Berezovsky. Critics said the allegations were masterminded by Berezovsky himself in an attempt to receive political gains. The news conference was broadcasted live on the ORT television channel that belonged to Berezovsky. It was reported that as Security Council Secretary, Boris Berezovsky was planning to organize a special security force unit under the control of the Security Council, which Litvinenko was apparently supposed to head.

In March 1999 Litvinenko was arrested on charges of abuse of authority. He was aquitted on all charges and arrested two more times. Later, prosecutors released CCTV video that allegedly showed Litvinenko beating suspects.
Nevertheless he was released after signing a pledge not to leave Russia. In 2000 three criminal cases were instigated against Litvinenko. He violated the law and travelled to Turkey together with his family. It was widely reported that while in Turkey Litvinenko tried to seek asylum through the U.S. embassy but was turned down. Allegedly with the help of Boris Berezovsky, Litvinenko got a return ticket to Moscow via London, where he asked for political asylum as soon as he landed at Heathrow airport. He was granted asylum in the UK in 2001. And in 2006 he became a British citizen.

In Britain he became known as a violent critic of the Kremlin and Russian authorities, President Vladimir Putin in particular. He befriended Akhmed Zakayev, a Chechen militant wanted in Russia for terrorist activities. He also joined Berezovsky's anti-Putin campaign. Many believe Berezovsky's criticism was dictated by his will to gain political asylum in Britain and get back his holdings that remained in Russia after his escape.

In 2001 Litvinenko published his book "Blowing up Russia: Terror from within" co-authored with Yury Felshtinsky. In the book Litvinenko accuses the Russian security services of organizing terrorist acts and killings on Russian territory.

In 2002 he published another book "LCG (Lubyanka Criminal Group)."
‘Lubyanka’ is a common name for the headquarters of the Russian Federal Service.

Litvinenko was famous in the circle of Russian immigrants in London, many of whom presented themselves as opponents of the Kremlin in refuge. Litvinenko took every opportunity to voice his conspiracy plots. For example he claimed that Ayman Al-Zawahiri, one of the leaders of Al-Qaeda was trained by the FSB and asserted that the FSB masterminded the proxy over the publication of the Islamic cartoons in Denmark in 2005. He also accused Putin of killing the Russian journalist Anna Politkovskaya. Despite these sensational revelations his name was not known to the general public in Russia.

However his illness and his dramatic death brought the story of Aleksandr Litvinenko to the news headlines and the mystery of his death gave birth to a huge number of conspiracy theories and a major anti-Russia campaign.

On 1 November 2006 Litvinenko had two meetings. The first meeting was with former KGB officer Andrey Lugovoy and businessman Dmitry Kovtun. The second meeting was with the Italian self-made security and nuclear expert Mario Scaramella. Scaramella was allegedly Litvinenko's informant planning to give him the list of names linked to the murder of the Russian journalist Anna Politkovskaya, as well as a list of new victims that included Litvinenko and Scaramella. This story however is based on the words of Scaramella who is currently under investigation by the Italian Justice Department for calumny and illegal weapons trade.

That same day Litvinenko felt sick and on 4 November 2006 he was taken to hospital where he died almost 20 days later. The autopsy later showed that the cause of his death was poisoning from Polonium 210, a radioactive substance. The letter that was allegedly dictated by Litvinenko on his deathbed accused President Putin of killing him.

In December 2006 the Russian General Prosecutor instigated a criminal case into the killing of Aleksandr Litvinenko and the attempted murder of Dmitry Kovtun. Both Kovtun and Lugovoy were positively tested for traces of Polonium 210.

Litvinenko was buried in London on 7 December. His body was placed in a special coffin as it carried traces of radioactivity.

Western media unleashed a major offensive against Russian authorities accusing them of killing Litvinenko. Many of the articles that appeared didn't bother to provide evidence, but simply blamed the Kremlin and, in particular, President Putin. 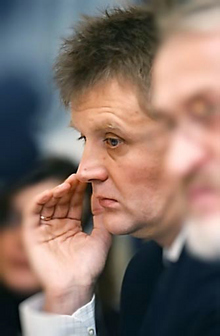 A number of articles claiming that Aleksandr Litvinenko was involved in the illegal arms trade also appeared, suggesting that the poisoning could've been of his own doing. Several British newspapers also published material on Litvinenko's alleged connection with MI6, British Intelligence. Other articles claimed Litvinenko was gathering discrediting material on top politicians that would later be used for blackmailing.

Litvinenko was often referred to as "the KGB spy," which is false. Aleksandr Litvinenko was never an intelligence agent and was not involved in activities other than those linked to fighting organized crime.

There are numerous versions surrounding his death, including suicide, security services operations, cancer therapy and revenge of Chechen militants.

A month before his death Litvinenko changed his name to Edwin Carter. He also converted to Islam after being a Russian Orthodox Christian for most of his life.

On 22 May 2007 British prosecutors announced that Andrey Lugovoy was the main suspect in the killing and requested his extradition to Britain.

According to Russian law the country cannot extradite its citizens. A similar law exists in Great Britain, which refuses to extradite to Russia Boris Berezovsky and Akhmed Zakayev, wanted in Moscow on a number of charges including terrorist activities. Russian prosecutors say their British counterparts failed to provide necessary evidence for Lugovoy's trial in Russia.

Litvinenko was married twice. He had a son Aleksandr and daughter Sonya from his first marriage. With his second wife, Tatyana, Litvinenko had a son - Anatoly.