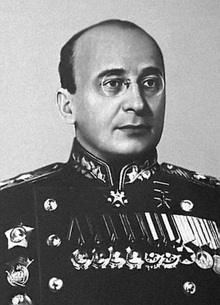 Lavrentiy Pavlovich Beria was certainly one of the most vicious and mysterious figures of Stalin's era. He was born on March 29 (March 17 according to the Julian calendar), 1899, to a poor Megrel (an ethnic group of Georgians) family in the village of Merkheuli, Abkhazia. Drafted into the Russian Imperial Army, he briefly saw action during World War I at the Romanian front before deserting in 1917 in order to take part in the Russian Revolution. Having joined the Bolshevik Party in 1917, Lavrentiy participated in revolutionary activities in Azerbaijan and Georgia. Meanwhile he managed to receive an architectural degree from a technical college in Baku (Azerbaijan) in 1919 and even worked for a time as a building inspector in Azerbaijan but later preferred to become a Bolshevik Party activist. Very soon he was drawn into the intelligence and counterintelligence operations of the ‘Cheka’ – the Bolshevik secret police – and in 1923 became the head of Georgia’s Cheka division.

In the 1920s and early 1930s Beria quickly climbed his way up through the ranks of the Cheka and its successors: the GPU, the OGPU and later the NKVD. He ruthlessly blackmailed officials in order to gain political backing and promotions. He would often set up his superiors with married women and then exposed the affairs, ruining them and then taking their posts when they resigned in disgrace. He wasn’t just vicious in his career ambitions either – wherever he went, people died or were reported missing. In 1931 Beria first met Joseph Stalin while the latter was on vacation in Georgia. One popular story claims that Beria saved Stalin from an assassination attempt, others suspect Beria staged the attempt so that he appeared to thwart it. 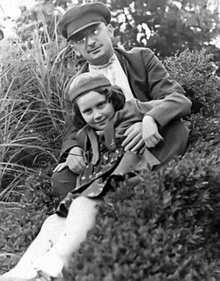 He became the party boss of the Transcaucasian republics (Georgia, Azerbaijan and Armenia) in 1932 and personally oversaw the political purges in those republics during Stalin’s Great Purge (1936–38). In 1938 Beria was brought to Moscow as a deputy to Nikolay Yezhov, head of the People’s Commissariat for Internal Affairs (NKVD). In 1938 Yezhov was arrested and executed on Stalin’s orders, and Stalin rewarded Beria's dog-like loyalty by making him head of the NKVD. It is rumoured that Beria personally strangled his predecessor. Stalin used Beria to stage his purges. Beria used this opportunity to murder as many old Bolsheviks as he could, thus eliminating as many of Stalin's old political rivals as possible and going so far as to order the mass execution of several thousand political prisoners he had already sent to detention camps. He supervised a purge of the secret service bureaucracy itself and administered the vast network of labour camps (also known as ‘Gulags’) set up throughout the country. Under Beria, over 500 NKVD agents and 30,000 Red Army officers were executed. In addition, the NKVD was responsible for the deaths of hundreds of thousands of ordinary Soviet citizens which were convicted of high treason by false, sometimes even absurd, accusations. Soviet-era black humour typified the methods used by Beria and his people with the following joke:

Once, Stalin met a delegation of workers from the Urals. When the workers left, Stalin looked around for his pipe but did not see it. He called Beria and said, ‘Lavrentiy, my pipe disappeared after the visit of those workers.’
‘Yes, Yosif Vissarionovich, I'll immediately take proper measures.’
Ten minutes later, Stalin pulled out a drawer in his desk and saw his pipe. He struck a match, puffed out a ring of smoke, and dialed Beria's number.
‘Lavrentiy, my pipe's been found.’
‘What a pity," Beria said. "All of them have just confessed.’

In addition to massive internal investigations and purges, Beria oversaw the implementation of a highly effective global espionage system, aimed at gathering intelligence data from the West. He worked out useful regulations for the secret service: from the hiring to liquidation of unsuitable persons. It's supposed that he proposed and ordered the killing of over 15,000 Polish officers in Katyn. Later, he became one of the founders of Communist rule in Czechoslovakia and was supposed to have organized the assassination of J. Masaryk, whose death has not yet been fully explained.

In February 1941 he became a deputy prime minister of the USSR. During World War II, as a member of the State Defense Committee, he not only controlled the Soviet Union’s internal security system but also played a major role in strategic raw materials production using the slave labour in the Gulag camps. He was made Marshal of the USSR in 1945, although he never participated in any military operations. He was also a member of the Central Committee of the Communist Party from 1934 and of the executive policy-making body, the Politburo, from March 1946. When the Politburo was reorganized as the Presidium of the Central Committee in 1952, Beria retained his seat.

Beria had the reputation of getting things done properly, no matter what the cost. Stalin placed him in charge of many important tasks, including the atomic bomb project. The Soviet nuclear weapons program was officially initiated in April 1942, when Stalin received a letter from nuclear physicist Georgy Flyorov about the lack of published physics journals in the U.S., UK, and Germany on nuclear fission as well as published papers on the subject since the discovery of nuclear fission in 1939. This lack of publications seemed suspicious to the Soviet leadership, and as a result the wide research of nuclear fission for military purposes began, despite the ongoing war. Lavrentiy Beria was appointed as the administrative leader of the project with physicist Igor Kurchatov in charge of scientific research. Shortly after the atomic bombings of Japan by the US in 1945, Stalin issued an ultimatum to Beria, ordering the A-bomb to be built within five years. A special department was set up at the NKVD, called “Department S” (also known as Bureau #2) to consolidate the research efforts and organize documents gathered about the U.S. A-bomb project through intelligence channels. As a result, the bomb was ready within four years.

This extraordinary success was achieved at a high price. Beria created a climate of total secrecy and immense fear within the project. Everyone involved was under constant surveillance at all times, even the top scientists. The head of one of the departments was sentenced to 8 years in prison for reportedly boasting to his family about the work being conducted. Another worker choosing to avoid punishment after misplacing several papers committed suicide. Nevertheless, Beria’s administrative talent showed itself at the highest capacity. Academician Yuly Khariton who played a major part in the nuclear research highly appreciated Beria’s organizational skills and capabilities. Many years later he wrote; “Beria quickly heartened all work on the project with necessary scope and dynamism. This man, who personified evil in the country's modern history, possessed at the same time tremendous vigor and efficiency... It was impossible not to admit his intellect, willpower, and purposefulness. He was a first class manager, able to bring every job to its conclusion”.

Beria was viewed by many including his party comrades as not just a distasteful monster, but as a vicious sexual predator. Beria reportedly kidnapped young girls on Moscow streets, raping and sodomizing them and threatening their families to keep quiet. He was also known for being a good balalaika player and had a fast hand with a revolver.

Soon after Stalin’s death in March 1953, Beria became one of four deputy prime ministers under Georgy M. Malenkov, as well as head of the Ministry of Internal Affairs, an organization which at that time combined both the secret and regular police functions. Beria apparently attempted to use his position as chief of the secret police to succeed Stalin as sole dictator. By July 1953, however, he had been outmaneuvered and defeated by an anti-Beria coalition (led by Georgy M. Malenkov, Vyacheslav M. Molotov, and Nikita S. Khrushchev). He was arrested, deprived of his government and party posts, publicly accused of being an “imperialist (British) agent” and of conducting “criminal anti-party and anti-state activities.” Later he, along with six accomplices, had been tried and convicted of high treason and executed. In the official version the execution took place in December 1953, but it is said that he was shot dead during his arrest as early as in July.