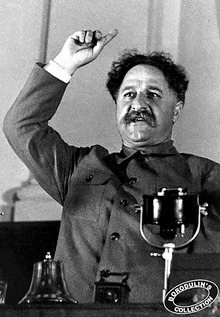 Grigory Ordzhonikidze was a close friend and associate of Josef Stalin. An active participant in the October Revolution, he went on to become a leading member of the Communist Party.

Ordzhonikidze was born in a small village in western Georgia into a noble family. In 1903, while studying medicine in Tiflis (now Tbilisi), he became obsessed with revolutionary ideals and joined the Russian Social Democratic Labor Party. After graduating from medical school, Ordzhonikidze worked as a paramedic and began propagandizing revolutionary ideas in the Caucasus. For his anti-government activity Ordzhonikidze was arrested and imprisoned. In February 1909 he was exiled to Siberia, but managed to escape abroad. In 1909-1910 Ordzhonikidze participated in the revolution in Persia, then moved to France where he studied in the Party school founded by Vladimir Lenin. In 1911 Ordzhonikidze returned to Russia. Several times he visited Josef Stalin who had been exiled and was living in the small city of Vologda in northwestern Russia. In 1912 Ordzhonikidze was arrested again: the revolutionary activist was sentenced to three years of hard labor before being exiled to Yakutia in Russia’s far north. 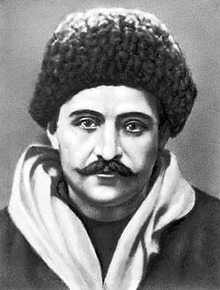 During the Russian Civil War of 1917-1923 Ordzhonikidze fought against the anti-Bolshevik White Army in the Caucasus. He personally participated in overthrowing anti-communist governments in Georgia, Armenia and Azerbaijan. Sergo Ordzhonikidze was responsible for establishing the so-called Transcaucasian Socialist Federative Soviet Republic. It was not easy to present the new Soviet power to countries that were attempting to form their own federal states. But Ordzhonikidze often used reprisals against the locals and in March 1922 the area became part of the union.

In 1926 Sergo Ordzhonikidze was appointed to the Politburo, the central policymaking and governing body of the Communist Party of the Soviet Union. A close friend of Josef Stalin, Ordzhonikidze held high offices within the Communist Party and in 1930 he took the position of Commissar of the Soviet Heavy Industry. The former paramedic became the main organizer of the grandiose construction works of the 1930s. In a short period of time numerous armament industry plants and factories were built. However, historians believe that Ordzhonikidze sacrificed too much raw material and too many lives in order reach his goals. He pushed too hard and demanded quick results. After just a few years many recently constructed factories were already in need of repair works. 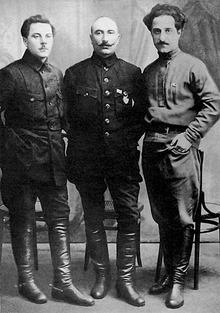 Sergo Ordzhonikidze had always supported Stalin’s ideas and taken his side in the struggle for power against the leader’s political opponents. However, Ordzhonikidze wasn’t an adherent of repressions. He admitted them only as an extremity. Sergo Ordzhonikidze often tried to protect former comrades who got in the wrong with Stalin. On occasion, he personally asked Stalin to reduce or abolish terms of imprisonment. But Stalin soon tired of Ordzhonikidze’s intercessions and the relationship between the former friends and comrades turned sour. Ordzhonikidze then discovered that his elder brother Papuliya had been arrested under false accusations in Georgia. Papuliya died after being tortured. It was a hard blow to Ordzhonikidze. Furthermore, Stalin had a new associate, Lavrenty Beriya, a promoted worker whom Ordzhonikidze considered an impostor and dangerous intriguer.

Sergo Ordzhonikidze had several heated discussions with Stalin. At the plenary session of the Communist Party Central Committee in 1937 Stalin criticized Ordzhonikidze’s report on the condition of the Soviet heavy industry. It was obvious that Stalin no longer supported Ordzhonikidze.

On 18 February 1937 Sergo Ordzhonikidze was found dead in his apartment. The official cause of death was heart attack. Twenty years later it was revealed that 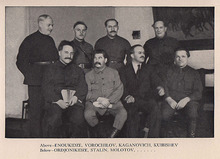 Ordzhonikidze had committed suicide – he had shot himself. Still, some historians also believe Ordzhonikidze was murdered upon Stalin’s order.

Sergo Ordzhonikidze is buried in the Kremlin Wall Necropolis at the Red Square in Moscow.

Sergo Ordzhonikidze was married to Zinaida Pavlutskaya. In 1938 she was sentenced to 10 years of imprisonment and then executed by shooting. The couple had only one daughter, Eteri.

Pyotr Stolypin Pyotr Stolypin has remained a controversial figure, famous chiefly for his agricultural reforms and as the author of many other progressive policies.