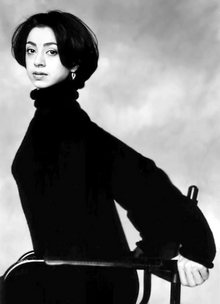 
Nina Gedevanovna Ananiashvili was born in Tbilisi, Georgia. Her father, Gedevan, and two older brothers, George and Levan, were all geologists; her mother, Lia Gogolashvili, a philologist.

The family was once part of the Georgian aristocracy, but their wealth and land vanished with the Russian revolution. Ananiashvili’s father's family was almost completely wiped out in the Stalinist 1930s. He was the only male spared as he was just 2 years old. He became a geologist and married a linguist.

In 1963 their daughter, Nina, was born. She was a sickly child and at the age of 4, her parents started her ice skating in an effort to improve her health. At 10, she became champion in her age group in Georgia. A dance teacher saw how she moved on the ice – in particular her balance and how she used her arms –

and had her perform The Dying Swan on skates. Then the teacher took Nina to a theatre and showed her the feathered costume she could wear if she performed it on stage, just like Maya Plisetskaya , the Bolshoi prima ballerina. Nina was hooked. 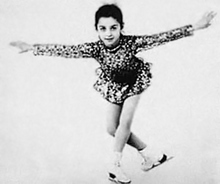 When she was 13, a Russian ballet official saw Nina perform in The Nutcracker and asked to speak with her parents. It took some prodding, but in the end, they consented to send their daughter to Moscow. Nina’s grandmother retired from her physician career to accompany her granddaughter.

“When I arrived in Moscow, I didn't understand how much I owed to my parents, now I do. When I was getting ready to leave home, my father said to me, ‘Nina, here you are number one; there you may be last, are you ready for that? You will be in a class where everyone is better than you. If you are willing to bear it and to work and get better, then go, but if not, then don't go, for it will be a waste of nerves and health.’ I told him ‘Papa, I don't know, but I have to try. But for now, I cannot tell you whether or not I can bear it,’” recalls Nina.

She remembers having great athletic stamina and always willing herself through to the end. “If I ever started anything, I had to finish it,’’ she says.

If you ask Ananiashvili today when she sensed the otherworldliness of her talent, she will tell you: “Never really.” She does, however, remember the fear of landing in a big city where school was taught in Russian, not Georgian. She got D’s and fell into such a panic that she briefly went blind – she couldn't see the blackboard. Her grandmother sent for Georgian textbooks and began teaching her in both languages, sometimes until to 2 a.m., until the D’s became A’s. 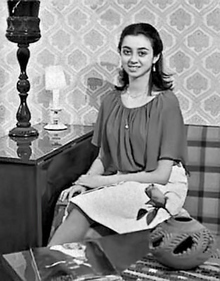 On the ballet front, she recalls her mother visiting the academy ‘and every time, she asked this question of my teacher: 'If she's not so good and not so hard-working tell me – because I will to take her out of the school.' Why waste a spot that could go to a more deserving youngster?“ But the teachers would have none of it. Even so, when Mama was gone, they did not go easy on her. It was the Russian scolding approach to coaching: whatever you do, it's not good enough.


They entered her in her first international competition in 1980, in Bulgaria. Ananiashvili was glum at the thought that she'd probably not get to wear all the pretty costumes her coach had sewed just in case she survived the round after round of judging. She wore them all, of course, en route to the gold medal.

The next year, the Bolshoi signed her to a corps de ballet contract. She was 17. Although she was officially in the corps de ballet, from the beginning Nina danced only solos and various ‘pas de deux’ at company galas. Natalya Zolotova and Raissa Struchkova have been her mentors in the company.

Nina formed a partnership with Andris Liepa (the son of the legendary Maris Liepa), and while still a student, took part in prestigious ballet competitions. In 1981, dancing with Andris Liepa, Ananiashvili won the Grand Prix (junior group) at the IV International Ballet Competition in Moscow. Liepa received a gold medal.

“I'm a ballerina of the Bolshoi Ballet. This is everything for me.” 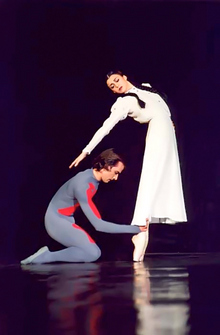 In 1982, during her first season with the Bolshoi, Ananiashvili danced principal roles in The Wooden Prince and Les Sylphides. Maya Plisetskaya cast Nina as Kitti in her own staging of Anna Karenina. That same year she, during a tour of Germany, her teenage Swan Lake was No. 1. She was too numb to count, but others told her the audience in Hamburg brought her back for 13 curtain calls. Ananiashvili was officially promoted to the rank of soloist in 1983.

In 1986, after a long interval caused by a strain in international relations, the Bolshoi dancers were allowed to tour the West once again. Ananiashvili’s London performance of Raymonda was greeted with delight by both the public and the critics. That year was a turning point in her career. The changes in the political system of the country finally made it possible for her to accept guest engagements abroad.

In 1988, Ananiashvili and Liepa became the first Soviet dancers to be invited to guest with the New York City Ballet. There, Nina danced the lead in Raymonda Variations, Apollo (her partner in both ballets was A. Liepa) and Symphony in C (second movement, with Otto Neubert).

In subsequent years, Nina Ananiashvili became an international ballet superstar. She was the first Russian ballerina to be invited by the Royal Danish Ballet, where she danced in August Bournonville’s La Sylphide, in Napoli, and Flower Festival at Genzano. Indeed, she was the first non-Danish ballerina to perform these roles, which are the essence of Bournonville’s art, in his theatre.

In 1993, Ananiashvili became a principal dancer with American Ballet Theatre. In September 2004 she became Artistic Director of the State Ballet of Georgia. 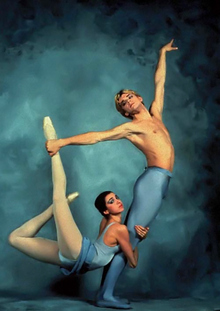 “The Bolshoi is my home. No matter where I dance, no matter how interesting it is, I always return to the Bolshoi, I come home. I go to the classroom, stand at the bar, and Raisa Stepanovna scolds me: ‘enough dancing, time to work a little, to polish things up a bit.’ I am very happy here.


"And the things that keep me here – I have had quite a number of tempting offers, creatively and financially speaking – are the teachers and the partners. This really is my home,” says Ananiashvili.


And like all Bolshoi ballerinas before her, she knows that one good performance is nothing and that you have to strive and move forward all the time.

"The ruder you were the faster you got to the top. And besides, we were all used to the school, the attention, the teacher who constantly corrected you, but in the theatre, no one cares. You have to watch yourself. You are alone. Your rehearsals get pushed to the end; you wait three hours on your butt. 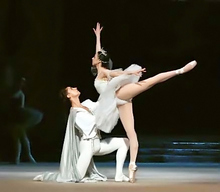 Ananiashvili's second home is New York and the American Ballet Theatre (ABT).

It's a different repertoire “and I have the possibility to do different things which I like very much. I like the New York audience. I like this company. They are very good to me. Kevin McKenzie he is a really good artistic director and he has really changed this company in a very good way.”

While the Bolshoi and the ABT are the cardinal points of her ballet year she still finds time for a lot of other work, not least with her own group of dancers – “Nina Ananiashvili and International Stars.” 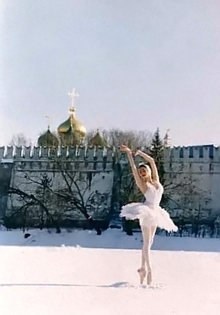 Dancing with so many different companies has allowed the ballerina to considerably broaden her repertoire. It now includes more than 90 roles. ‘Nina Ballerina’ is a name given to her by friends, although Nina Ballerina may sound a bit playful, even as a nickname, for an international star of the classical arts.

Ananiashvili is very conservative about the classical repertoire:


Ananiashvili is not only a marvellous dancer, but a mother as well. She has two children – Nodar Vashadze and Elene Vashadze. She is married to Gregory Vashadze, now the Minister of Foreign Affairs of Georgia.

“Insane ballerina!” declares Gregory Vashadze, who is both the husband and manager of the dancer, who is ‘forever chasing that bird of perfection.’ 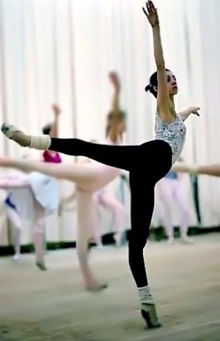 She was a rising Bolshoi dancer at just 22. He was 27, and rising also – in the Soviet diplomatic corps. The son of the deputy prime-minister, he was a legal expert in the delegation to the SALT arms talks in Geneva when he saw her on TV. Not even a ballet fan back in 1985, he flew from Switzerland to Moscow to follow “this urge” to see this dancer. But just as he took his seat at the Bolshoi, a staff member announced that Miss Ananiashvili was ill and would not perform. So he sent her a huge basket of flowers worth 300 dollars.

Today Nina is all over the world stage, performing with the Royal Danish Ballet or the Royal Ballet in London or with the Kirov, or taking her own small troupe to appearances across the globe from Japan to Jacob's Pillow in the Berkshires.

Gregory Vahadze also invested some of their money in vineyards in Georgia, once a booming wine region. He bought 375 acres, right where Nina’s family owned land before the revolution. There are walnut trees, a trout stream, blue mountains and plenty of space for the kids.