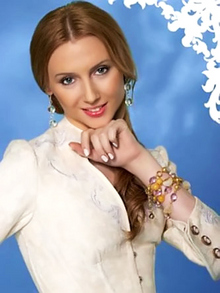 Zakharova is the prima ballerina of the Bolshoi theater, La Scala and Grand Opera. She’s been given one of Russia’s top state cultural awards, being named the People’s artist of the Russian Federation. Zakharova is also enjoying international praise, with famous Milan’s La Scala theater claiming her a star in April 2008.

But in all her awards and achievements Svetlana appreciates the fact she’s been given then while she’s still young and is able to prove and “enjoy her merits on stage, rather than taking comfort in these awards when retired”, says the ballerina.

Her path to the international success was not an easy one, and there were a lot of child’s tears on the start. Born in 1979 in Lutsk, an ancient, but small Ukrainian town, Svetlanahad to leave her home at the age of ten. She studied at the Kiev choreography school away from her family and friends, working hard in dance classes. As she admits, she has trained her self-discipline hard as well as her dancing skills, and now thinks her career is worth all the difficulties.

After six years of dancing classes in Kiev Zakharova won the second prize at a ballet dance competition in St. Petersburg and was offered to move to the Northern capital of Russia to study at the academy of the Russian ballet named after Vaganova. On the year when she graduated it (1996) she was immediately approved to the world-famous Mariinsky theatre dance company, and became the prima ballerina of it right the next season. Later Svetlana made her decision to move to conquer the capital’s stage as well, moving to the Bolshoi theatre in Moscow. Overcoming the jealousy of some of the company’s dancers she became its top artist.

Zakharova performs around the world, dancing leading parts in such ballets as Don Quixote, The Nutcracker, Giselle, Romeo and Juliet, The Swan Lake. 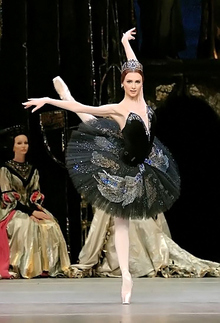 She’s on tour all the time and her permanent luggage is 25 pairs of dancing shoes and her teddy bear. Despite the fact, Svetlana is far from being childish. She is the deputy of the Russian State Duma, representing the United Russia party, and a member of the culture committee of the Duma.

Svetlana Zakharova likes shopping, especially in the company of her mother, who’s often by her daughter’s side now, and according to Svetlana has got a perfect taste.

As Zakharova came from a small town and then spent years in the classes wearing mostly her dancing shoes, fashion was far from her priorities. She didn’t have enough money even to think about it. But now she’s been published on pages of the Russian edition of Vogue magazine, posing to a photographer in outfits from the world-famous luxury brands. The ballerina even inspires fashion designers to create gowns exclusively for her.

As well as she charms dance critics, who say Zakharova definitely is one of those who celebrate the glory of the Russian ballet school, and though representing the new generation of the dancers she can be ranked with renowned ballerinas of the early 20th century.