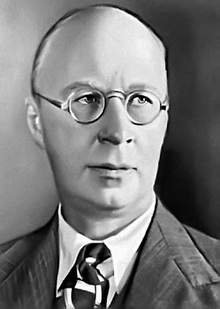 Russian composer Sergey Prokofiev can be easily considered one of the most important composers of the twentieth century.

Prokofiev was born in Ukraine on 27 April 1891, in the farming village of Sontsovka, then part of the Russian empire. However, he was far from being denied exposure to music. He grew up listening to the sonatas of Beethoven and then Chopin and Liszt and his favorite Russian composers were Peter Tchaikovsky and Anton Rubinstein.

While his parents recognized his musical talent early on, they never forced it upon him, only committing him to piano lessons at the age of seven. Nevertheless, Prokofiev was able to produce his first composition at the tender age of five, which his mother dubbed “Indian Gallop.”

Because of his parents’ insistence on a rounded education, Prokofiev was exposed to science and mathematics, most likely leading to his life long passion for chess, which started playing at an early age.

In 1900, the young composer made his first trip Moscow and saw two Operas, Charles Gounaoud’s “Faust” and Alexander Borodin’s “Prince Igor.” This experience had such a profound effect on Prokofiev that when he returned home he composed his own opera “The Giant” at nine years of age. 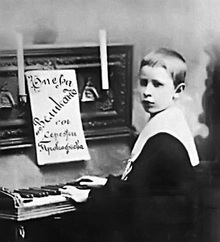 Soon enough, Sergey was receiving lessons from a teacher that would make the trip all the way down to the Ukrainian village from Moscow.

By the time he turned 13, Sergey’s mother and teacher realized that his talent was too great to remain in Sontsovka and in 1904 Sergey and his mother Maria moved to St. Petersburg.

Young Prokofiev suddenly found himself at the St. Petersburg Conservatory, where such greats as Rimsky-Korsakov and Glazunov taught and where students twice his age were studying.

Prokofiev quickly gained an arrogance and confidence in his style, while criticizing other students and rejecting criticism of others toward himself. This resulted in Prokofiev earning the reputation of an “enfant terrible,” which to a certain extent he enjoyed.

Prokofiev grew tired of the classics that many of his teachers pushed for and was more concerned with driving the art form to new creative levels. Most of his teachers gave him only passing marks, as Glazunov noted: 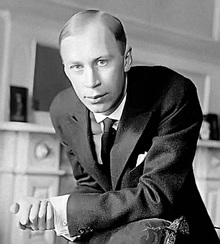 In 1909 he finished his class in composition and shortly thereafter wrote his first two piano concertos. When his father died in 1910 much of his financial backing was lost, but by this time he had made a big enough name for himself that through commissions he was able to support himself.

By 1918 the Russian Revolution was already in full swing and Prokofiev decided to leave Russia and go abroad to further his music career.

Prokofiev had already developed relationships with senior members of the Bolsheviks and when he told of his plans to leave one responded to him:

"You are a revolutionary in music, we are revolutionaries in life. We ought to work together. But if you want to go to America I shall not stand in your way." 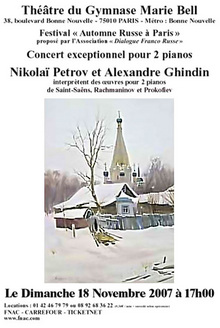 When Prokofiev found little success in America, he quickly left for Paris where he was better received.

During his time in Paris and Europe Prokofiev wrote his fourth and fifth piano concertos as well as his first symphony.

By 1928, Prokofiev had finished his third symphony, which one conductor called the greatest symphony since Tchaikovsky’s sixth. Prokofiev was also developing a following in his native Russia and he started to receive invitations to return. The composer himself also started longing for his homeland and frequently chose to premier new works in Russia.

It was in St. Petersburg (Leningrad) that Prokofiev gave the world premier of one of his most famous work “Romeo and Juliet.”

In 1935 Prokofiev moved back to the Soviet Union with his wife, the Spanish singer Lina Llubera.

For a while, Prokofiev enjoyed success and composed his famous children’s work “Peter and the Wolf.” However, with Stalin’s grip on power growing and the eventual outbreak of World War II, Prokofiev had to relocate to the Caucasus, which, combined with his relationship with writer Mira Mendelson, lead to Prokofiev’s separation with Lina. 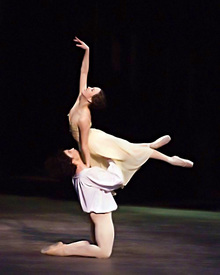 Lina Llubera was eventually arrested on espionage charges and shipped off to one of Stalin’s gulags in the Komi Republic, which lay above the polar circle. Only after eight years was she released from the prison camp.

Meanwhile Prokofiev was in a state of deteriorating health, which forced him to withdraw from many performances. His last public performance was the premiere of his very popular Seventh Symphony.

Finally, at the age of 61, Prokofiev’s life ended. Coincidently, the date was 5 March 1953, the same day Joseph Stalin died. Due to the enormity of Stalin’s death, Prokofiev’s went practically unnoticed.