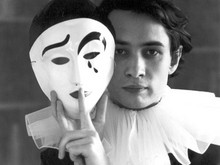 Aleksandr Vertinsky was the most popular singer of Russia’s ‘Silver Age,’ a revival in Russian poetry and arts at the beginning of the 20th century. Vertinsky brought personal creativity to his performances – dubbed ‘artistic singing’ by critics. Many modern Russian pop and rock stars draw inspiration from his romantic songs.

Growing up without a family

Aleksandr Vertinsky was born out of wedlock in the city of Kiev, the capital of modern-day Ukraine. His father Nikolay did not get permission for a divorce from his first wife, so he could not officially marry Aleksandr’s mother Evgenia. She died of a heart attack when Vertinsky was just three years old. Nikolay passed away two years later. From that point onward, Aleksandr was brought up by his aunt on his father’s side. His other aunt adopted his older sister, and the two did not meet again for many years.

Vertinsky was not a strong student. He was expelled from the Emperor’s College for his bad temper and behavior, and had to study at a less prestigious public institution. In 1905, at the age of 16, he was expelled from there too. He tried his hand at several jobs to make a living, and soon he became a short story contributor to one of the biggest periodicals in the city of Kiev.

Around the same time, Aleksandr fell in love with the theater, and performed in many amateur companies. Soon, he took a part-time job at the Solovetsky theater in Kiev as a stagehand, with the chance to earn some minor roles.

During weekends, Vertinsky also attended writers’ meetings in the city organized by Sophia Zelinskaya. This club was also a meeting place for many poets and artists. Later on, Aleksandr began to read short stories to the “generous crowd of people,” and soon earned wide recognition not just for his writing skills, but also for his presentation style. “I succeed on stage thanks to the fact that I read out loud the pieces I wrote myself,” Vertinsky later recalled. 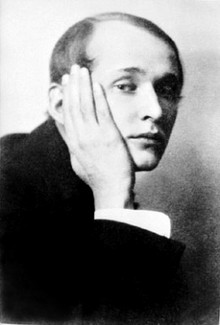 In 1909, Vertinsky decided to try his luck in Moscow’s theatres. While acting in small companies, he became a fan of Aleksandr Blok’s poetry – the ‘Silver Age’ of Russian art was beginning to unfold. Aleksandr began to attend gatherings of young poets and actors: “All of us were young and ambitious and we wanted to prove to the Moscow crowd that people from provinces are worth something,” he recalled. Some of his biographers clam that Vertinsky became addicted to cocaine during this period. His elder sister Nadya found out about his drug use, but her health began to deteriorate, and she died not long afterwards.

Step by step, Aleksandr managed to make his way in Moscow. In 1912, he became a sketch comedy actor with the Moscow Theater. His job was to perform short parodies of famous verses, backed by a piano player and a pair of tango dancers. The crowd was ecstatic – in two to three years, this manner of presentation invented by Vertinsky would become one of the hallmarks of the Silver Age.

In 1913, Vertinsky tried to join the Moscow Art Theater headed by Konstantin Stanislavky, the founder of the world-famous system of acting. After passing several tests, Aleksandr was ultimately rejected – Stanislavsky did not like how Vertinsky pronounced the Russian ‘r’ sound

Around the same time, Vertisnky made friends with Ivan Mozzhukhin, one of the biggest stars in Russian silent cinema. They often spent time partying and drinking the nights away. Through this friendship, Vertinsky managed to earn some minor movie parts. His first role – an angel – was suggested by director Ilya Tolstoy, son of ‘War and Peace’ author Leo Tolstoy.

In 1914, Vertinsky’s career was sidelined when World War I broke out. Aleksandr was conscripted to serve on a medical train, where he worked as an orderly. The unit was disbanded in the summer of 1915, and Vertinsky returned to Moscow to resume his acting career. 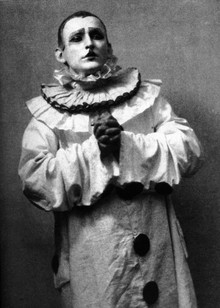 At the beginning of 1916, Vertinsky came up with an original stage idea – he began to play the powdered-face character Pierrot. These singing sketches, novellas-in-song, later became known as ariettas under the common title of ‘Pierrot's doleful ditties.’ Each song was a mini-tragedy, consisting of a prologue, exposition and climax, followed by the sad finale. Pierrot became an icon of its time – many actors all over Russia worked to imitate Vertinsky’s image.

This period also marked the revival of Vertinsky’s movie career. He played parts in Aleksandr Khanzhonkov’s silent movies, and became fascinated by Vera Kholodnaya, Russia’s biggest film star. After her tragic death, he wrote a special obituary – a love ballad called ‘Vashi paltsy pakhnut ladanom’ (Your fingers smell of incense). The song became one of the most popular of its time.

Shortly before the 1917 Bolshevik Revolution broke out in Russia, Vertinsky changed his image – Pierrot became black. He began to perform romantic songs about faraway places, where the life passed quietly and peacefully – exactly what the audience needed at the time. In a country struggling through World War I and experiencing collapse in all spheres of life, many fans sought escapism from life’s hardships – a key element in Vertinsky’s songs.

Vertinsky made several successful tours around Russia and Ukraine, performing decadent elegies with a touch of cosmopolitan charm. The most popular songs were the love-ballad ‘Kokainetka’ (Little Cocaine Girl) and ‘Tango Magnolia’ – a fantasy narrative about the far-away island of Singapore, full of banana and lemon trees. As British researcher Richard Stites put it, “Vertinsky bathed his verses in images of palm trees, tropical birds, foreign ports, plush lobbies, ceiling fans, and daybreak on the pink-tinted sea.” In spite of the Bolshevik Revolution and the resulting Civil War, Vertinsky maintained wide popularity, and was especially loved among opponents of the Revolution.

In November 1920, Vertinsky decided to leave Russia. He later confessed, “Why did I decide to flee? I don’t know. Bolsheviks did me no harm at all – I was never restricted. I fled because I was filled with the spirit of adventure to see other countries.” So, he performed in Constantinople and made several tours around Eastern Europe in Romania and Poland. The beginning of that tour was especially harsh – the audience was not as adoring as those of Russia’s restaurants. He was even branded a Soviet agent, but was later acquitted of the charges. In 1923, Aleksandr moved to Paris, where for nine years he performed mostly in Montmartre cabarets for the Russian émigré community.

In 1926, Vertinsky recorded a song called ‘Dorogoy dlinnoyu’ (Along the long road). The music was composed by Boris Fomin, and the lyrics were written by the poet Konstantin Podrevsky. In 1968, Gene Raskin wrote English lyrics for the song, and Mary Hopkin made it a worldwide hit in her rendition, ‘Those Were the Days.’

All over the world and back home

In 1933, after several successful tours in the Middle East, Vertinsky followed the majority of well-to-do Russians and journeyed to the United States. The country left an incredible impression on him, and he was especially fascinated with the crowds that came to listen to him. Celebrities like Sergey Rachmaninov and Marlene Dietrich were fans of Vertinsky. However, he could not support himself in the US – the Great Depression was in its full swing. So, Aleksandr decided to go to China and perform for Shanghai’s Russian community. 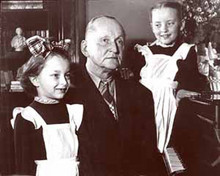 Vertinsky no longer led a luxurious lifestyle, and had to support himself by writing stories for a Soviet newspaper himself. He wanted to return to the USSR, but his pleas were rejected by the ruling Bolsheviks. Some critics said that this yearning for his homeland changed the nature Vertinsky’s songs. At that time, he wrote patriotic lyrics that glorified Russia. In Shanghai, he met his wife Lidia. Soon afterwards his oldest daughter Marianna was born.

Vertinsky was finally allowed to return home in 1943, during the height of World War II. Vertinsky’s family settled in Moscow, and a year later his younger daughter Anastasia was born. She, like Marianna, would go on to become a star of theater and film.

Vertinsky performed some 2,000 concerts in the USSR, touring from the island of Sakhalin in the Far East to the westernmost port of Kaliningrad. But out of 100 songs he composed while living in the USSR, 70 were censored – the authorities were exacting revenge on the man who had once fled the country. Vertinsky also made appearances in several Soviet films – but always as a villain. His role as an anti-Communist cardinal in the 1951 film ‘The Doomed Conspiracy’ earned him the Stalin Prize.

Aleksandr Vertinsky died on May 21, 1957 in Leningrad, now St. Petersburg. His personality still shapes Russian music culture: Songwriters like Vladimir Vysotsky and Boris Grebenshchikov imitated Vertinsky’s style in some of their lyrics, and the songs of the Russian Pierrot are now performed by Oleg Pogudin and Irina Bogushevskaya.