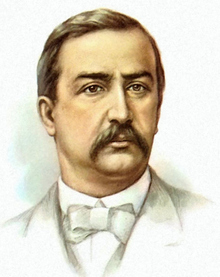 Borodin was born in St. Petersburg from an affair between the 62-year-old Georgian prince Luka Gedianov (or Gedianishvili) and a St. Petersburg commoner, Avdotya Antonova. He was registered as a son of the prince’s serfs Porfiriy and Tatyana Borodins. He remained his father’s serf until 1840, when the prince, just before his death, freed the seven-year-old boy. His real mother was married off to a military medic.

Aleksandr Borodin was a weak, unhealthy child and received home education from experienced and knowledgeable tutors, which allowed him to study all of the subjects of a gymnasium course. He was largely under female-only influence until he was 13. Despite his weak constitution and poor health he was a very enthusiastic child, and took interest in chemistry, modeling, painting and music. Early in his life he discovered his extraordinary knack for sciences and languages and quickly mastered German, French and English. He also showed early interest in music: he started taking flute lessons when he was eight, and later learned to play the piano and violoncello.

His first musical composition, which he wrote when he was nine, was inspired by his first love, a grown woman named Elena. In her honor he wrote the polka “Helen.” As a child, Borodin was a friend of Mikhail Shchiglev, who later became a music teacher and a specialist in folk and church music. Together they studied sciences and music. At the age of 13, Borodin wrote a concert for flute and piano and a trio for two violins and violoncello and at 14, made his first attempts at writing music for a chamber band.

However, his main passion was not music but chemistry, which later became his profession. His “illegal” origins got in the way of his studies and ability to receive a higher education. Without a legal possibility to change his status, Borodin’s mother and her husband had to bribe officials of the Tver region in order to register him as a third guild merchant in the central Russian town of Novy Torg (name close in meaning to “New Market,” now Torzhok).

In 1850 the 17-year-old “merchant” entered the academy of medicine and surgery where, with a characteristic interest, he got carried away by the study of botany, zoology, crystallography and anatomy. In his second year, he narrowly escaped death from a poisonous infection he acquired during an autopsy. But his main efforts were in the study of chemistry. In his third year, he asked Zinin, a chemistry professor, to allow him to study under his command in a chemical lab.

While working hard on science, Borodin never left music and used every possibility to enrich his musical education. He took part, as a violoncellist, in concerts in the homes of his acquaintances. During his studies at the academy, Borodin also wrote songs, piano pieces and chamber music, which caused the discontent of his scientific adviser, who thought music interfered with serious scientific work. 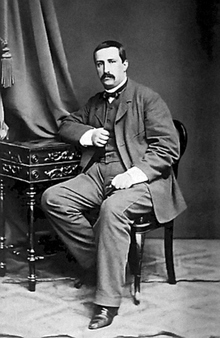 In 1856, after graduating from the academy, Borodin was placed on detached service to a military hospital as an attending physician. Two years later, after presenting a report “On the Similarity of Arsenic and Phosphorous Acids” to the academy, he became a Doctor of Science. The following year later he went abroad in search of scientific perfection.

In the summer of 1861, in Heidelberg, Germany, Aleksandr Borodin met the talented amateur pianist Ekaterina Protopopova, who was under treatment there, and whom he later married. In autumn, her health seriously deteriorated and she had to continue treatment in Italy. Borodin found a way to follow her to Pisa without interrupting his chemical research, and it was in Pisa that he made the discoveries that brought him world-wide acclaim. That year he decided to marry Ekaterina, but upon their return to Russia financial difficulties made them postpone the marriage. Money trouble haunted them for the rest of their lives, and Borodin had to work hard to get by. Due to asthma, his wife couldn’t stay long in St. Petersburg’s climate and spent long periods of time with her relatives in Moscow.

In 1862, as soon as Borodin came back to Moscow, he was appointed a chemistry adjunct professor in the academy of medicine and surgery. He also met Miliy Balakirev, a composer, pianist and conductor, and the “Mighty Handful” (“Moguchaya Kuchka”), a circle of composers who promoted the creation of a specifically Russian kind of music, as opposed to the European standards promoted by contemporary conservatory training. Balakirev not only persuaded him to start serious composing, but also personally watched over him in his musical undertakings. In 1864, he became a professor of the academy of military, and in 1877 he finished his Symphony Number One in E-flat Major, which he started under the influence of his new friends from the “Mighty Handful.” Several romances followed, mainly to Borodin’s own lyrics. At the same time he started work on the opera “The Tsar’s Bride” (“Tsarskaya Nevesta”), but Vladimir Stasov, a respected music and art critic of the time, suggested that Borodin should write an opera to the plot of “The Tale of Igor’s Campaign” (“Slovo o Polku Igoreve”), a 12th century epic about the campaign of prince Igor of Novgorod-Seversk against the Polovtsy tribe. In an effort to recreate the spirit of the time accurately, he studied any literature related to the epoch and the plot. Borodin started active work on the opera, but soon grew cold to it, and abandoned it for a long time, despite his friends’ pleas.

One of Aleksandr Borodin’s merits of the time was the active part he played in making higher education available for Russian women: he was one of the founders of the Women’s Medical School, where he taught from 1872 till 1887. He spent a lot of time with his students and employed his authority to protect them from political persecution in the time following the murder of Emperor Alexander II. 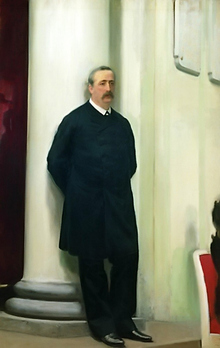 Borodin later returned to the “Prince Igor” opera. Constantly interrupting his work to pursue scientific studies and other activities, Borodin continued to work on it during the final years of his life, but never finished it as he never considered music his life’s main task and often neglected it.

In 1885-1886 Borodin was at the “Russian concerts” in Liege, Belgium, held at the initiative and with the assistance of Countess Merci d’Argeanteau, an avid lover of Russian music. To thank her for her compassion and the promotion of his works, he dedicated to her seven short piano compositions under the common name “Petite Suite” (“The Little Suite”) and the romance “Septain” (“The Septenary”), which is known in Russia as “The Wonderful Garden” (“Chudnyi Sad”).

His last works were “Serenata alla spagnola” (“The Spanish Serenade”) for string quartet, that he wrote together with the composers Nikolay Rimskiy-Korsakov, Anatoliy Lyadov and Aleksandr Glazunov, the String Quartet Number Two in D-major and two parts of the unfinished Symphony Number Three. The latter were never written down, and Aleksandr Glazunov later recreated them by memory.

Aleksandr Borodin died a sudden death, killed by a cardiac rupture while celebrating Maslenitsa with friends. He is buried in the Alexander Nevsky Lavra Cemetery in St. Petersburg.

“Prince Igor” remained Borodin’s main piece. He worked on it for 18 years but never finished it. His friends Nikolay Rimskiy-Korsakov and Aleksandr Glazunov finished and polished it after his death, following the notes he had made. It was first staged in St. Petersburg’s Mariinskiy Theater in 1890.