Miliy (Mily) Balakirev was a Russian pianist, composer and conductor. He founded and led a group of musicians called The Five, which established and developed the Russian nationalist movement in music. 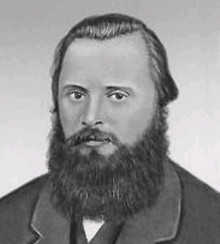 Miliy Balakirev was born on 2 January 1837 in Nizhny Novgorod, a city located on the Volga River. He lived here for the first 16 years of his life, exposed to the folk traditions and melodious music of the Volga region from an early age.

Balakirev showed an aptitude for music early on, prompting his mother to take her son to Moscow to study under the famous pianist Aleksandr Dubuque. However, when family funds began to run low the music lessons were interrupted. Young Balakirev returned to Nizhny Novgorod and began taking lessons from Karl Eisrich, the conductor of the local theater.

Balakirev’s life in Nizhny Novgorod was greatly influenced by Aleksandr Ulybyshev, a local landowner and enthusiastic amateur musician, who also wrote the first biography of Mozart. Ulybyshev hosted parties attended by prominent artists, actors and writers. Balakirev’s social life in these circles shaped his personality and views in many ways. Ulybyshev also let Balakirev freely use his extensive library of books and scores. It was in his house that Balakirev performed his first concert as a pianist and later as a conductor of Ulybyshev’s home orchestra.

As much as Balakirev was attracted to music, it took him a while to make it his career of choice. He felt he should get a more serious vocation and in 1853, he entered the Mathematical Faculty of the Kazan University. He lived in Kazan for two years, earning his way through university by giving piano lessons. He performed concerts at home and made a name for himself as a pianist and composer. Soon Balakirev realized he wasn’t cut out for mathematics and at the end of 1855 he moved to Saint Petersburg, determined to spend the rest of his life working in music.

Back on music track

It took no time at all before Balakirev became the talk of the town in the music circles of St. Petersburg. His name started to appear in newspapers and noble families competed for Balakirev to take part in their home concerts, sometimes attended by members of the royal family. He was well connected and could have made a brilliant career, however, the role of a fashionable virtuoso playing on demand didn’t appeal to him. He had bigger aspirations – breaking his ties with high society, and thereby condemning himself to a life of poverty, Balakirev decided he would continue the Russian nationalist movement in music.

His progressive views were largely formed by his social life; he had a chance to meet prominent musicians, in particular the founder of Russian classical music Mikhail Glinka, the father of the so-called Russian Nationalist School of Composition. In fact, Glinka saw his own reflection in the young Balakirev and prophesied that he would become the second Glinka.

In April 1856, before Glinka moved abroad, he gave Balakirev two melodies that he had recorded during his trip to Spain. One of them became the theme to Balakirev’s first symphony Overture on a Spanish March Theme and the second – his Spanish Serenade for Piano. 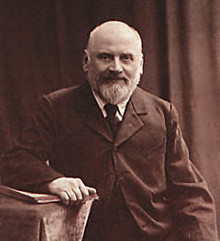 Around the same time Balakirev met the young and talented musicians César Cui, Modest Mussorgsky, Aleksandr Borodin and Nikolay Rimsky-Korsakov. Together they formed a group they jokingly called the Mighty Handful, or The Five. Later they acquired the official name of The New Russian Music School, but were still always referred to as The Five.

None of the members of The Five had a formal music education. At that time in Russia there were no music schools as the Saint Petersburg and Moscow conservatories were yet to be founded. It was no obstacle to the group though, as Balakirev opposed academic training, thinking it stifled musical creativity.

Balakirev and his group focused on establishing Russian nationalist music, free from the European influence. Following in the footsteps of Glinka their main vehicle of expressing Russianness was the use of folk music and folk tales as well as historic events as subjects for operas and instrumental pieces. Balakirev went on trips along the Volga and in the Caucasus recording folk songs, which he later used in his music. More than any previous anthology, his transcriptions artfully preserved the distinctive aspects of Russian folk music, which he expressed in the Grande Fantasie on Russian Folk Songs and Overture on Three Russian Themes. And as a result of his trip to the Caucasus he wrote the symphony Tamara and Islamey: an Oriental Fantasy.

To some degree the spirit of The Five depended on a myth they created - that their movement was more “authentically Russian” than the classic school of music. Balakirev, who was more experienced than the other members of The Five, took the role of teacher, helping the others with their music scores. His rather authoritative approach meant everyone else had to hold the same kind of views and tastes in music, which limited the expression of their individuality and made all of their music sound the same.

On the other hand, The Five made a breakthrough in Russian music, popularizing it. Before them and Glinka, any music education and any qualified musician came solely from the West, as the Russian school of music simply did not exist. Balakirev met the aspiring young composer Pyotr Tchaikovsky and gave him ideas for the Romeo and Juliet Overture and Manfred, the works Tchaikovsky dedicated to Balakirev.

In 1862, Balakirev also co-founded the Free Music School, under the patronage of the Russian Emperor. The school was attended by as many as 200 people on Sundays. It had a choir and its main goal was to acquaint the public with the works of Russian as well as Western composers – Berlioz, Schumann and Liszt, still unknown in Russia at the time.

The 1870s were a very turbulent time for Balakirev. The members of The Five matured and wanted to work independently of their authoritative instructor. His uncompromising nature made it hard for him to accept this and he distanced himself from the group. His choice of music at the Russian Music Society, where he had been conducting, caused the displeasure of his patrons, who announced they no longer needed his services. Also during this time his father died and Balakirev had to take financial responsibility for his sisters.

The financial pressures were so intense that Balakirev was forced to leave music and go to work as a railroad clerk. He left The Five, stopped performing and composing, and broke the friendly ties he had with his group. His friends were dumbfounded by Balakirev’s tragedy and encouraged him to resume his music activities, but to no avail. Balakirev was heavily depressed and according to some sources was close to suicide but later sought comfort in the Russian Orthodox Church.

A few years later, he resumed his music activities, but he was already a different person, and his music lacked the epic scale of his former work.

In 1881, he took up the chair of the Free Music School, at the same time directing the Imperial Chapel. He also worked on his previous sketches from earlier years. He wrote the 2nd Symphony and a number of romances and piano pieces. Unlike his earlier days, Balakirev composed in isolation, aware that younger composers now considered his style old-fashioned and outdated. This had an impact on his new works – they were clearly works of a mature composer, but they lacked the passion of his younger years.

Balakirev died on 29 May 1910 and was buried in the Tikhvin Cemetery at the Aleksandr Nevsky Monastery in Saint Petersburg. He never married and never had any children.

Balakirev left a large amount of composed music, much of which is rarely performed today. However, his influence as a composer, conductor and leader of a new movement helped the transition of folk tradition in classical music into the 20th century and the establishment of what is known as Russian music.

Bulat Okudzhava In Russia, everyone knows who Bulat Okudzhava was and what he did. Today festivals are held in his honor, his poems are taught at school, he’s known as a founder of the so-called “bard movement”.