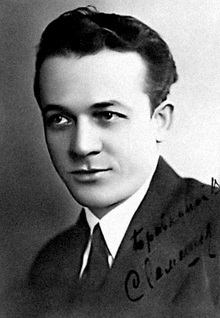 Sergey Yakovlevich Lemeshev was an outstanding lyric tenor, opera singer, a People’s Artiste of the USSR and a Stalin Prize laureate.

He was born in the village of Staroye Knyazevo in the Tver Region, north of Moscow, into a peasant family. He went to parochial school and spent some time in St. Petersburg studying shoemaking. In 1917 he finished comprehensive school in Tver, while contemporaneously studying in an arts and crafts school where he took part in amateur concerts and plays. It was during his studies at cavalry school that he received an invitation to study at the conservatory under Nazary Raysky.

From 1924 Lemeshev sang at Konstantin Stanislavsky’s opera studio at the Bolshoi Theater H ere he performed the part of Lensky in “Eugene Onegin.” He also played other characters but this was the role that brought him wide popularity and the love of the public. He portrayed Lensky more 500 times.

Up until 1931, Lemeshev sang at the theaters of Sverdlovsk (now Yekaterinburg in the Urals), Harbin (North-West China) and Tbilisi and was invited to the Bolshoi Theater, where he debuted as Tsar Berendey in

Rimsky-Korsakov’s “Snegurochka.” He was the Theater’s lead singer up until 1956 performing numerous roles such as Levko in “May Night” (“Mayskaya Noch”), the Stargazer in “The 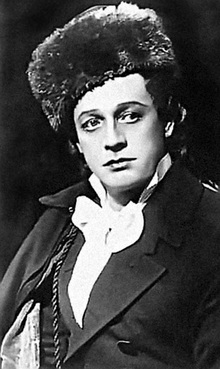 Golden Cockerel” (“Zolotoy Petushok”) and the Indian guest in “Sadko” – all Rimsky-Korsakov’s operas. He also interpreted Lensky in Tchaykovsky’s “Eugene Onegin,” Gerald in Léo Delibes’ “Lakmé,” Boyan in Mikhail Glinka’s “Ruslan and Lyudmila,” Dubrovsky in Eduard Nápravník’s namesake opera, as well as the Duke in Verdi’s “Rigoletto” and Alfred in “La Traviata.” He portrayed Duke Almaviva in Gioachino Rossini’s “The Barber of Seville” and Faust in Charles-François Gounod’s namesake opera. The part of Lensky, the jewel of his repertoire, was sung by him for the last time at the Bolshoi Theater in 1972, on his 70th birthday.

Lemeshev gave many performances as a chamber singer, mostly reciting folk songs and Tchaikovsky’s vocal lyrics (he sang all of his romances in 1938-1939). In 1957 he tried his hand as an opera director, staging Jules Massenet’s “Werther” at the Bolshoi. In 1951-1961 he headed the department for opera education and, from 1969-1971, the department for solo singing at the Moscow Conservatory. He played the lead role in the film “Musical Story” (“Muzykalnaya istoriya”), 1940, presented a series of programs on the all-Soviet Radio and was the head of a vocal group.

After finishing his career as a singer, Lemeshev became the head of the Opera Studio at the Moscow Conservatory from 1959-1962.

Lemeshev’s popularity in Moscow was immense and his performances attracted crowds, whose enthusiasm was additionally agitated by the rivalry of two outstanding tenors of the same age working in the same theater at the same time, Sergey Lemeshev and Ivan Kozlovsky. Lemeshev, with his unique, gentle voice quality was an unparalleled singer of romances. In the 1940s, he caught a bad cold aggravated by pulmonary tuberculosis. The fact that 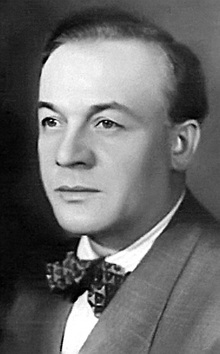 even after the serious surgery to treat the disease Lemeshev kept singing perfectly demonstrates his high mastery and professionalism. Lemeshev felt the music so deeply and acutely that the listener had the feeling of singing together with him; he had the impression that the way Lemeshev sang the song was exactly the way it was meant to be sung.

Lemeshev’s singing accompanied the Soviet people in the pre-World War II and post-World War II years, as seen in the multiple memoirs of his contemporaries. The love of female fans for him exceeded every limit and was connected with multiple excesses.

Aside from singing in operas, Lemeshev also continued to practice his chamber repertoire. With pride he noted that he had managed to sing and record all of Tchaikovsky’s romances, which numbered more than one hundred. His contemporaries remembered Lemeshev as a very light, friendly and positive person, just as his best-played characters were. In his written works, he always spoke of his colleagues in positive and praiseful ways.