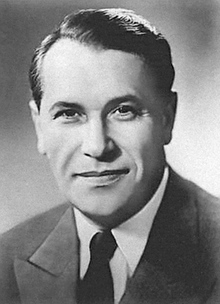 For millions of Soviets he was more than just a crooner – his voice resembled Nat King Cole’s and he looked a little bit like Frank Sinatra. The songs of Mark Bernes were popular all across the USSR; each was a hymn to the life-changing period of Soviet history – the years before, during and immediately after World War II. He had top nationwide hits in the 1950-1960s and did not stop singing and recording even when he learnt that he had an incurable form of cancer.

Mark Neiman was born in 1911 in the city of Nezhin just an hour’s drive from Kiev, Ukraine, into the family of a Jewish old-clothes dealer. When he turned 13, the family moved to the industrial center of Kharkov in search of a better life. His father wanted his son to pursue a career in accounting, something that young Mark wanted to avoid. He dreamt of becoming an actor and got a job as a poster boy, even though his parents did not approve of it, and completed a basic course in acting.

In 1928 he left his father’s home for Moscow – he soon got some minor parts in several of the capital’s top theaters of the time – including the famous Bolshoi Theater and Moscow Maly Drama Theater. First, he played small parts with no text. But even under

these circumstances Mark’s talent was noticed by some well-known Moscow directors. Sometimes he had to play two shows in a row, which was quite a test. In 1932 he became a full-time actor with the Moscow Drama Theater. By that time he had already taken the stage name 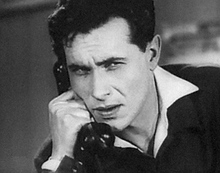 Bernes. A year later, he switched to “The Theater of Revolution” (now Mayakovsky Theater) where he met his first wife Polina Semyonova.

In the middle of the 1930s Mark received his first invitation to the movies - Mikhail Astangov, one of the “star actors” of the USSR introduced Bernes to the movie director Evgeny Chervyakov. The first film, “The Prisoners,” did not attract great crowds but many directors were struck by the relaxed manner of Mark’s acting. In 1936 film director Sergey Yutkevich invited Bernes to act in his “Man With a Rifle” – a film about the 1917 Bolshevik Revolution. In it Bernes played the part of a young worker eager to fight for the cause of Bolshevism. It was the first time that Bernes sang in a movie - the romantic song was called “Clouds Rose Over the City” – in the song, he asks his girlfriend to wish him happiness in his “fight for the right cause.” After the release of the film the song immediately gained nationwide popularity.

The same thing happened when he played a pilot in the 1939 movie “The Plane Fighters.” Bernes performed a song called “Beloved Town.” It narrated the confession of a military officer of his love for his native city – he would protect it under any circumstances. “My beloved town can sleep peacefully and bloom in the springtime” was the final line of the song. This ballad was full of hope and optimism. Many soldiers who fought in WWII said that the tune helped them keep their spirits up during the bloodshed. 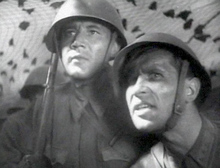 Mark Bernes was among the first singers to perform for the Soviet troops – he constantly asked soldiers and officers about battles and life on the front. In 1942 Bernes went to the Central Asian city of Tashkent to work on the film “Two Soldiers,” in which he played the role of a young soldier from the Black Sea port of Odessa, Arkady Dzubin. Acting the part turned out to be rather difficult – until the very last moment he could not feel the soldier inside himself. The director of the film, Leonid Lukov, was ready to write Bernes off. But after one of the rehearsals he went to the barbers’ and a young girl cut his hair very short. It was the moment Bernes realized that he looked exactly like the soldier he was going to play. Mark’s portrayal turned out to be brilliant.

In “Two Soldiers” Mark Bernes sang two songs. The first was called “Shalandas Full of Mallet” (a “shalanda” is a big wide fishing boat), a jolly song about Kostya the sailor from the city of Odessa and his love and wedding with the fishergirl Sonya. Bernes successfully portrayed the unparalleled wit and the humor of the Odessa Jews.

The second was the ballad “The Dark Night” (Tyomnaya noch). At first, the director did not plan to put it in the film. But then he realized that the scene before the fight would not work without a ballad. So he asked composer Nikita Bogoslovsky to come up with a tune. The song is about a soldier sitting in a trench on the eve of a battle. He has an imaginary talk with his wife at home – he promises that he will live through all the deadly battles as long as she is waiting for him. These are the final words of the song:

According to many polls the “The Dark Night” performed by Mark Bernes is the most recognizable Soviet WWII song, having earned the singer immense popularity.

However, the years after the war were no bed of roses for Bernes. Some of the films made in the 1940s never saw the light under Stalin – the movie “The Great Life” about miners was criticized by the Soviet leader because it did not seem convincing enough. In 1952 Mark’s wife Natalia died of cancer. His soul was devastated, but he found the strength to continue his acting and singing career. And most of the tunes he sang were connected with the events of WWII. In one of them – “The Boys From Moscow” - Bernes conveyed the story of two boys from the capital – Sergey and Viktor – who died liberating Eastern Europe from the Nazis. In the final line their feat is still remembered and honored by the rescued world. 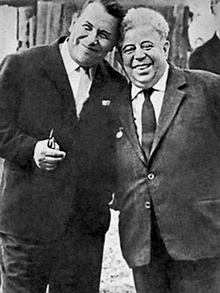 Another tune of the 1950s - “The Enemies Burned His Home Village” - was strongly criticized by the authorities at first. It was even banned. The ballad portrays a soldier’s bereavement of his wife who has been killed by the Nazis while he himself survived in the thick of battle. The final words of the song take place at a village cemetery with the soldier crying. At that time Soviet authorities thought that it was unpatriotic to sing about broken hopes after the victory – even some Soviet composers objected to Bernes’ performance. But later the authorities agreed to release the song to the public. Not long after that Bernes performed one of his most optimistic tunes entitled “I’m in Love With You, Life.”

People all over the USSR praised the singer. In 1958, his popularity even helped him stay out of trouble. Bernes was going by train from Kiev to Moscow and decided to play cards with his fellow travelers. He did not know at the time that they were former convicts who used these games to extort money from their victims. Luckily, one of them recognized the singer and convinced his “colleagues” to leave Bernes alone.

In the 1960s the singer continued to perform both on TV and on stage all over the USSR. In 1967 Bernes recorded another patriotic song about the outmost love for the Motherland. It was called “Where Does Homeland Begin?” It was later used in the movie “Shield and Sword” about the work of Soviet residents in Nazi Germany during the years of World War II. The message of the song was that love for the Motherland is immense and its presence can be felt everywhere – be it in the woods or in the stories of those who fought for people’s happiness. 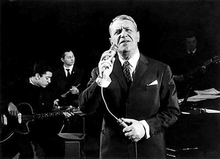 In the summer of 1969 Mark Bernes’ health began deteriorating. He knew he was dying from cancer – the disease that struck his wife 17 years earlier. The composer Yan Frenkel used the lyrics about the ancient warriors from the Caucasus written by Rasul Gamzatov for his new song. When Mark Bernes heard about it, he decided to change the words a little bit – so that the song would be dedicated to the soldiers who died in the WWII. The song was called “The Ballad About the Cranes.” In the song, the soldiers who died in the war are compared to white cranes, flying in the sky – they reminded people to respect the memory of those who fell defending their country from the Nazis. The end of the song is the following:

Mark Bernes recorded this song two months before he died on 16 August 1969. “The Ballad About the Cranes” was played at his funeral. After his death it became one of the best songs ever written to commemorate the honor of fallen soldiers.