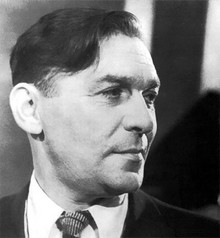 Leonid Osipovich Utyosov is a legendary artist in Soviet culture. His personality is outstandingly many-sided. He was a brilliant actor, a singer, a conductor, an organizer, and a remarkable story-teller. Utyosov was gifted in many fields. Such people often become the discoverers of new ways in art and science, as were Bach, Shostakovich and Ellington in music. Jazz is open to every influence, be it the impact of folklore, academic music or fine art. Utyosov was born in Odessa in Ukraine. That's why the words of his song about Odessa “there is a city which I see in my dreams...” had a special meaning for him and those who have a close attachment to this special city.

He managed to not only establish but also to preserve for many years to come early Soviet jazz. The adored band “Tea-jazz” could not appear without its leader, who had already gained great success as an actor in the age of 30. In 1923 he presented a show “From the Tragedy to the Trapeze” that demonstrated all the sides of Utyosov's acting skills in one evening. Utyosov's band “Tea-jazz” displayed all the features of a theatrical performance. And theatre itself is a deep synthesis of literature, plastic and painting. Opera and operetta add music to these arts. But Utyosov's orchestra, where musicians became actors themselves, increasing the “mutual penetration” of arts, was of quite a new kind, an experiment never seen before. This experiment lasted from 1929 up to 1982.

Leonid Utyosov (his real name was Lazar Iosifovich Weisbein) was born in 1895 in Odessa to a middle-class Jewish family. His father was a small business owner and his mother was a homemaker. Young Utyosov studied violin and attended the School of Commerce in Odessa, but dropped out of school and became an actor. At 15 he joined the Borodanov Circus troupe as an acrobat. In 1911 he began his acting career as a stand-up comedian in Kremenchug. In 1912 he returned to Odessa and changed his artistic name to Leonid Utyosov. In 1913 he joined the troupe of Rosanov and also performed with the Rishelyevsky Theatre. Traveling with his troop from town to town, and actively participating in various theatrical productions, with the help of his natural talent, Utyosov quickly became a real professional. In 1917 Utyosov won a singing competition in Gomel and then formed his first band for a tour in Moscow. There he got a regular gig at the “Hermitage Theatre” and established himself as a popular singer in Moscow.

In 1919 Utyosov made his film debut as the lawyer Zarudny in “Lieutenant Schmidt - freedom fighter”. In 1923 Utyosov settled with his family in Leningrad (St. Petersburg). There he had a steady gig at the Music Hall and at Palace Theatre and also performed on stage of the “Theatre of Freedom”. At that time Leningrad (than called Petrograd) became a center for experimental arts. 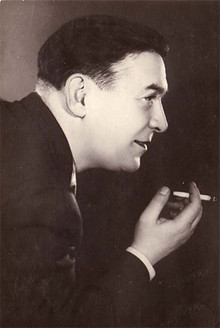 By the beginning of the 1920s Utyosov had already performed in various venues in Moscow and Leningrad. But during all these years he dreamt about forming his own jazz band. In the late 1920s Utyosov heard the music of the Jack Hilton and Ted Lewis bands, quite diverse by their artistic conception. Now Utyosov couldn't think of his life without jazz, but at the same time he thought of two “types” of jazz playing: Hilton's type - concert suites with a serious conductor, and Lewis's type. Ted Lewis tried to turn every concert into a bright and exciting show. The musicians played dialogues and scenes like professional actors. At the end of 1928 Utyosov set about making his dream come true. In a few months, Utyosov gathered motivated musicians with whom he put on his first program.On March 8, 1929, the stage of the Leningrad Small Opera Theater became home to the debut of the new jazz band. The success of this performance was more than what many had hoped for. This is how Leonid Utyosov himself attempted to explain it: “It is easiest to say that our success was in the novelty numbers like our tea-jazz had not yet been performed. There was of course jazz created by a blueprint, a foreign blueprint. We, however, suggested a completely new genre, untried, theatrical jazz. Our whole program was sprinkled with jokes, sarcasm and humor. In front of the audience not only was a band born, but also a company, a gathering of happy people not dampened by sadness, people with whom one could find joy and with whom one was certain to have a good time. I think that the success of our first program was grounded particularly in our optimism and humor.”

At the end of 1929 a group of musicians who did not accept acting in jazz left the band. Already the next orchestra's programme “Jazz at the Turn” included melodies created by the famous composer Dunayevsky especially for Utyosov's “Tea-jazz”. These were jazz variations of popular classics and four rhapsodies. Utyosov and his jazz band mastered many popular music styles and incorporated the spirit and beat of American jazz and Argentinian tango, as well as the intimacy of French chanson and the lyrical finesse of Italian songs, Ukrainian dances, Jewish folk music and Russian lullabies among other international styles which blended into their public performances. Utyosov also acted as a fine stand-up comedian during his shows. At that time Leonid Utyosov and his jazz band gained tremendous popularity and became established as first-choice entertainers in Leningrad and Moscow for major events and celebrations.

But the crucial point that changed Utyosov's approach to song in principle was the creation of the talkie “The Merry Fellows”, where such famous Isaac Dunayevsky works as “Heart” and “The Merry Fellows March” were played for the first time. From that moment the building up of the synthesis of song and jazz began. This would characterize Utyosov's band, the State Jazz Orchestra of the Russian Soviet Federative Socialist Republic. The movie The Cheerful Guys (1934, directed by Grigory Aleksandrov), in which Leonid Utyosov played the lead with his band was a great success. At that time Edit Utyosova, daughter of Leonid Utousov joined him and became the long-time vocalist with the orchestra. She began to perform with the orchestra in 1934. The lyrical “Mystery”, “Portrait”, “Ray of Hope” and “Good Night”, the patriotic “Cossack's Song” and “March of the Red Fleet”, the satirical “Marquise” and many others were more than three quarters of Utyosov's orchestra’s repertoire.

The band soon became the most popular jazz orchestra in the country. The staging of their shows retained much of their theatrical image, but the collective's technique grew rapidly and soon reached the highest level. Arrangements became more complicated and refined, and every song, even the simplest, was turned into a chef d'oeuvre through the art of arrangements by Leonid Diedirichs, Orest Kandat and Gustav Using, the virtuouso playing of the orchestra's musicians and Utyosov's talent of actor and conductor.

During the war years the orchestra continued its concert activity at the front line. Utyosov, with his jazz band, performed in the army and his performances brought comfort to the thankful listeners. Utyosov led numerous performances for soldiers at the front line as well as for the wounded in hospitals. He also donated money to build planes to fight the Nazis. A new programme “Hit the Enemy!” was created and lots of new songs written by the young composers Nikita Bogoslovsky, Arkady Ostrovsky and Mark Fradkin were included in the repertoire. Most of the evergreens of that heroic time, such as “Dark Night”, “Baron von der Pschick” and “Bombers” were first played by Utyosov's orchestra. The band's great concert on May 9, 1945, marked the end of the war. 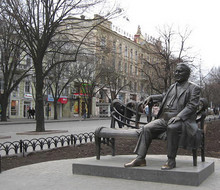 During the late 1940s and early 50s many artists in the Soviet Union were attacked by the Communist Party under the dictatorship of Joseph Stalin. Utyosov was censored and banned from public performances. His song “Shalandy” and other music had been banned for several years until 1956 when the “Thaw” was initiated by Nikita Khrushchev.

During the 50s, 60s, and 70s, Utyosov played hundreds of concerts to sold-out audiences across the Soviet Union and abroad. His jazz band became a school for many young musicians who learned under Utyosov and became visible in the Soviet showbiz milieu. In 1965, Utyosov received the title of People's Artist of the USSR. Leonid Utyosov died of natural causes on March 9, 1982, in Moscow and was laid to rest in the city’s Novodevichy Cemetery. Leonid Utyosov has been memorialized in numerous works of art and literature. Utyosov was the author of two autobiographical books “In Life with a Song” and “Thank You, Heart”, written in a lyrical-humorous manner and including lots of facts and stories about his life and art. (памятник Утесову в Одессе)

In 2000 an impressive monument was unvelied in his native city of Odessa.