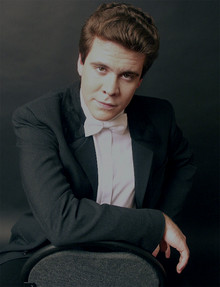 Denis Matsuev is a world famous Russian pianist, who is also greatly involved in the development of Russian music culture and education.

Matsuev was born in the city of Irkutsk in Siberia. According to him, at the age of three he heard a song on the radio, walked up to the piano and played what he had just heard with one finger. His parents, a pianist and a music teacher, noticed this and began his training as a concert pianist.

When Matsuev was 15, a piano competition held by the charity foundation The New Names took place in Irkutsk, and his parents wanted him to participate. Matsuev refused: the neighborhood football match was scheduled on the same day as the contest and his team needed him. The family came to a compromise: Matsuev took part in the first half of the match and then went to play Rachmaninov.

He won. After the competition the foundation president Ivetta Voronova found Matsuev backstage and offered him the chance to travel to Moscow to perform on the TV show The Morning Star[e2] : a program where young musicians from all over the Soviet Union could introduce their talents to the audience. While in Moscow, Matsuev went to an audition at the Central Musical School and was accepted.

Matsuev did not want to leave Irkutsk and was not eager to become a pianist. His parents then pointed out that living in Moscow he could see all the home games of his favorite soccer team Spartak. As Matsuev jokes in interviews, this argument appeared to be powerful enough to make him say "yes" to the move. 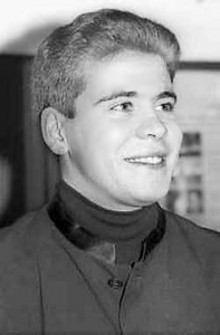 In 1991, the family settled in Moscow. It was a serious and risky move for the Matsuevs: the Soviet Union had just collapsed and the country was teetering on the edge of chaos. It was hard to get a job, especially for those who had just come from Siberia to the capital.

There was, of course, a piano in the cheap one-roomed flat the Matsuevs rented. Matsuev played every day, but luckily the neighbors had nothing against music. One neighbor even came to Matsuev sometimes to ask him play a certain song.

The piano, according to Matsuev's memories, could be more useful as a trunk. When, much later, Japanese TV reporters came to make a piece about Matsuev's life, they did not believe this piano was really the one he had been practising on.

Matsuev received a large scholarship from The New Names. Beside the money, this foundation gave him an incredible opportunity to participate in concerts all over the world. While studying, Matsuev visited 40 countries and became acquainted with many talented musicians and successful entrepreneurs. In 1993, he won first prize at the international pianist competition in Johannesburg, South Africa, and enrolled in the Moscow Conservatory. His teachers were world-famous pianists Aleksey Nasedkin and Sergey Dorensky.

In 1995, Matsuev became a soloist with the Moscow State Philharmonic. Three years later he won two great awards one after another: he took the Grand Prix at the international piano competition in Paris, then the first prize at the prestigious XI International Tchaikovsky Competition. This second victory brought him world fame. Russian astronomers gave him a one of a kind gift for this achievement: they named a star in the Lyra constellation after him. 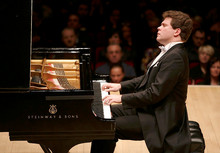 In 1999 he graduated from the Conservatory. His repertoire consisted mostly of romantic pieces, though he also played Tchaikovsky, Rachmaninov, Haydn, Beethoven, and many other composers. In his interviews, Matsuev says that romantic music helped him to manifest himself as a pianist and as a person. His other passion is jazz, and he likes to perform jazz improvisations on stage and to compose jazz pieces. He was the first to play a jazz concert within the walls of the Moscow Conservatory, and his performance became legendary for jazz lovers.

In 2004, Matsuev organized the annual international music festival named The Stars of Baikal. It takes place in Matsuev’s native Irkutsk. The main goals of the festival are to develop Russian music culture and to search for new young talents in Siberia.

In 2006, Matsuev joined the State Council of Culture. He sees it as his duty to support local orchestras and to build concert halls in Russian cities. He believes there are not many places in Russia suitable for performing classical music: the majority of the concert halls have serious acoustic problems.

In 2008 Matsuev was elected president of The New Names. Matsuev recalls how he got his ticket to success - Russian journalists often call Matsuev “The Siberian Cinderella” - and is willing to help other talented youths to gain the acknowledgement and the opportunities they deserve.

In 2009, Denis Matsuev and the honored artist David Smeliansky organized the young musicians’ festival Crescendo. It is also an annual event, but takes place in a different city each year.

Matsuev has played with all the most famous world orchestras, both national and foreign. In his “work history” one can find such names as the Moscow State Orchestra, The London Symphony and Philarmonic Orchestras, The New York Philharmonic, Orchestre de Paris, Berlin Philharmonic Orchestra, and many other honorable names. He played for the Queen of Great Britain within the walls of Buckingham Palace; the Pope, Bill Clinton, and Vladimir Putin have listened to his music. In Thailand he played a duet with the king.

Today, Matsuev gives about 150 concerts per season, and soon there will be no countries he has not visited.