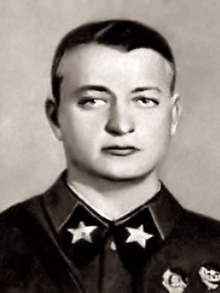 
The descendant of a noble family, Mikhail Tukhachevsky fought against Czar’s supporters in Siberia and Southern Russia for Bolsheviks during the Civil war. He fell down from the pedestal of Soviet best military commander to the basements of Lubyanka to be executed for espionage and treason. Some see him as a butcher who waged a fierce war against his own people using weapons of mass destruction; others know him as a genius military commander and strategist, who laid the basis of the victorious Red Army.

Mikhail Tukhachevsky was born into an aristocratic family in Russia’s Smolensk region in 1893. After graduating from Aleksandrovskoye military school he joined the prestigious Semyonovsky Guard regiment and was sent to the battlefields of the First World war.


During half a year he was rewarded with six decorations for personal courage. In February 1915 he was captured by German troops and tried to escape four times. While being imprisoned in the Bavarian fortress of Ingolstadt, where the most obstinate and dangerous captives were kept, Tukhachevsky met the then captain Charles de Gaulle, future Resistance hero and French president.


His fifth attempt to escape was a success and he managed to return to Russia in October 1917 when the Bolshevik revolt was in full swing. He was promoted as captain and demobilized but soon joined the Bolshevik party and the Red Army where he rapidly advanced in rank. Later he said that his “real life has begun since the October revolution and joining the Red Army”. 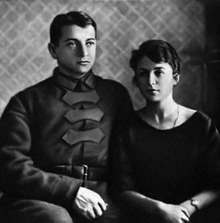 During the Russian Civil war he fought against the White forces led by admiral Aleksandr Kolchak and gained Siberia for Bolsheviks in 1919. In 1920 he was moved to the Southern front where he finally destroyed the forces of another White general – Anton Denikin in Crimea.

The Civil war had not yet come to its end in Russia but the Bolsheviks decided to make use of what they thought was an outbreak of revolution in Poland to bring this former part of the Russian Empire under their rule. The invasion in Poland led by Tukhachevsky began in 1920 and soon ended with a crushing defeat of the Soviet troops.


Nevertheless, Tuchachevsky was still considered as a talented and victorious commander and therefore was sent to oppress an anti-Bolshevik uprising in the port of Kronstadt near Leningrad (St. Petersburg).

He drowned the revolt in blood using choking gas and poison shells against the insurgent marines. At the very same time mass anti-Bolshevik peasant revolts spread across Russia with thousands of hundreds of people demanding an end to Communist Red terror and literally plunder of peasantry. 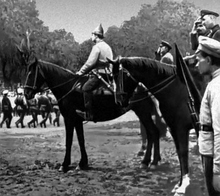 
Despite these horrors, he could hardly be called a savage – he received a first-class military education, was fluent in French and German, loved music and especially admired Beethoven, and even made violins with his own hands.

In 1921 Mikhail Tukhachevsky was appointed Chief of the Red Army Military Academy, and in 1925-1928 he served as a Soviet Chief of Staff. In the next few years he soared dramatically in his position becoming Deputy People’s Commissar (Soviet minister) for Defence in 1934 and First Deputy commissar in 1936.


At the age of 42 he was made a marshal of the Soviet Union among the five military commanders who got this rank first ever in the Soviet history. During this decade Tukhachevsky was deeply involved in modernizing the Red Army trying to transform the irregular revolutionary units into a strong and effective force.

He initiated the creation of a number of military institutions along with paratroop, tank, artillery and aviation academies. He also supported first studies of the construction of military rockets and generally aimed to re-equip the army with all the latest and high-technology weapons. 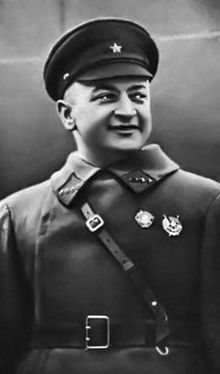 In this field he strongly opposed to the Commissar for Defence and his direct chief Kliment Voroshilov who was absolutely sure that cavalry was the strongest force on the battlefield and didn’t give up this view until the beginning of the Second world war. Renowned military commander and successful functionary, Tukhachevsky was envied by many and the almighty Communist Chieftain was definitely among them.


On May 22, 1937 Tukhachevsky was suddenly arrested by Stalin’s direct order without prosecutor’s sanction or court decision as it was commonly practiced. He and seven other top military commanders were accused of planning an anti-Bolshevik plot. While under arrest he pledged guilty and gave out names of other military commanders although we can assume the confessions were most probably obtained under torture or fabricated by secret police.


The eight of them were convicted of espionage and high treason and executed in June 1937. This trial opened the way to the notorious Great purge of the Red Army when hundreds of thousands of the military were executed or sent to prison camps without court verdicts.

Tukhachevsky’s wife was jailed and executed in 1941, his mother and sister died in prison. Three other sisters managed to survive the prison term, but their husbands were executed as well as Tukhachevsky’s two brothers. He was rehabilitated in 1957 when the sentence was reversed under Nikita Khrushchev, and was cleared judicially in 1988 in Gorbachev’s time.


There are three major versions of his unexpected fall. The first explains everything by Stalin’s paranoia which made him eliminate all possible rivals, and Tukhachevsky who was extremely popular and influential, was one of the first targets to be shot.

Another version says it was a provocation of the German secret police aiming to get rid of Soviet most talented commanders ahead of the war and therefore spreading rumors about an anti-government plot among the military. 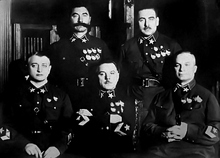 The third view shared by many historians says that Tukhachevsky always reiterated that Germany is a major foe of the Soviet Union while Stalin aimed at reconciliation with the Reich which made the influential marshal and his supporters a serious obstacle on Stalin’s way.

The severe terror in the Soviet Union in the late 1930-s not only extremely weakened the Red Army but also made the Western democracies give up the idea of joining forces with the Soviet Russia against the Nazi Germany. The fallacious policy of making friends with Hitler taken by Stalin led to the most devastating war Russia ever waged in its history.