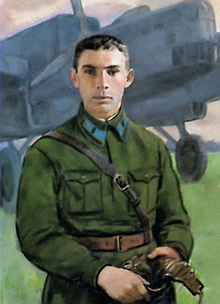 A true icon of the Soviet era, Nikolay Gastello’s heroism inspired many young boys to become pilots. But as the iron curtain fell, Captain Gastello’s story became the target of skepticism and debate. Was the legend true or just another Soviet myth?

Nikolay Gastello was a captain in the Soviet air force. He became famous during the Second World War (known in Russia as the Great Patriotic War). Gastello headed the 42nd Bombardment Division and received the Hero of the Soviet Union title for life after his plane was allegedly shot down by Nazi troops and he made a decision to ram a column of German tanks instead of fleeing his airplane to save his life.

According to the official version of events, on 26 June 1941 captain Nikolay Gastello headed a flight team of two bombers to attack a column of Nazi tanks and fuel trucks in Belarus. The reports made by the crew of the second plane suggested that they were already turning back after using up most of their ammunition when Gastello’s Ilyushin-4 bomber suffered a direct hit and made another turn, ramming the remaining German troops on the ground. Reportedly, on the next night locals found the bodies of Gastello and his crew and buried them near the site of the crash, wrapping them in parachutes.

Soon Nikolay Gastello was awarded the Hero of the Soviet Union title for life and his legendary act became an example of Soviet heroism during the fight against Nazi Germany. His “fire ram” was widely used in Soviet propaganda both during the war and all the way up to the fall of the USSR. Gastello’s name became so famous that all the pilots who rammed the enemy with their planes were called “Gastellovtsy” and all alternative versions of his act were prohibited. 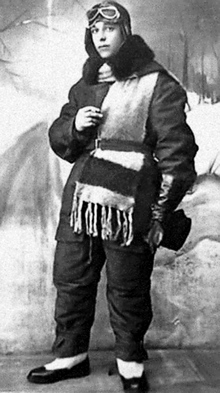 In 1951 authorities examined the place of Gastello’s alleged burial but could find neither his nor his crew’s belongings. However, they did manage to find the belongings of the crew of another Soviet bomber also shot down during the Great Patriotic War. Aleksandr Maslov’s plane went missing on the same day Gastello allegedly committed his “fire ram” and a secret investigation revealed that the remains on the site of Gastello’s crash belonged, in fact, to Maslov’s bomber. Despite this new development, the information was not revealed to the public and a monument commemorating Gastello’s heroic act was erected on the same site. It was only after the fall of the Soviet regime that the results of the investigation were declassified.

As soon as the information reached the mass media a new version of Gastello’s story emerged. Some people presumed it was Maslov who committed the “fire ram” and not the Soviet war legend. In 1996 President Boris Yeltsin even ordered Aleksandr Maslov and his crew to be awarded as Heroes of Russia for life. Supporters of the alternative version doubted that the pilots who prepared the reports on Gastello’s act could have seen the ram itself since they were already on their way back. There were also assumptions that these reports could have been falsified by Soviet propaganda, which sought to present Gastello as an example for Soviet soldiers and pilots. This was backed by the fact that the original copies of the reports couldn’t be found and only references to them existed.

It also became known that remains of another plane were found in the same area of Maslov’s crash, which was also reportedly shot down on 26 June 1941. Locals allegedly found the corpse of one of the crew members and a note addressed to a woman with the last name of Skorobogataya who was thought to be the wife of Gastello’s gunner. The witnesses of this plane crash also reported seeing one of the crew members parachute to the ground where he was captured by German troops. Furthermore, the structure of the Ilyushin-4 bomber was designed in such a way that only the pilot was able to escape, giving grounds to claims that Gastello left the burning plane and his crew before it hit the ground.

Despite the assumptions previously listed, not everyone supports the alternative version. Several investigators including Gastello’s son, Viktor, say there isn’t enough proof that the Soviet hero’s plane crashed in another area. They also think that the fact that investigators were able to find the remains of Maslov and his crew shows they couldn’t have died while conducting a ram and instead their plane went down in a flyby. Finally, the supporters of the official version claim that the absence of Gastello’s body shows that he really was killed in a “fire ram” which caused an explosion that made identifying his body impossible.