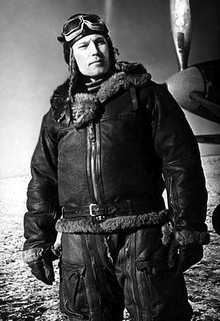 Aleksandr Pokryshkin was one of the leading fighter pilots of World War II, Marshal of Soviet aviation and the first and only pilot to be awarded Hero of the Soviet Union during the war. He made a total of 650 sorties, participated in 139 air battles, and has an official record of 59 downed enemy planes.

Pokryshkin was born into the family of a factory worker on March 6, 1913, in Novosibirsk. Unlike most of his peers in the poor neighborhood, he had a hunger for learning. Aleksandr showed curiosity at an early age for how things work, and earned the nickname “engineer” from his peers.

He attended a local airshow at the age of 12, and a love for aviation became the driving force of his life. Later, Pokryshkin wrote in his book, “I touched the airplane’s wings and decided to do my best to become a pilot”.

After seven years of primary education, he found work in construction in 1928. Despite his father's protests, he left home in 1930 and entered a local technical college, where he received a degree in 18 months and worked for six more as a steel worker at a local munitions factory.

From engineer to pilot 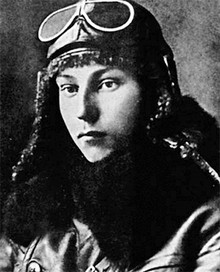 Pokryshkin joined the Soviet Army in 1931, and was dispatched to an aviation school. His dream seemed like it was about to come true. Unfortunately, the aviation school was suddenly closed, and all the students were instead transferred to be trained as aircraft mechanics.

He had sent numerous requests to be transferred to an aviation school, but was turned down each time, and told that “Soviet aviation needed engineers just as badly as it needs pilots.”

So, he had to find his own way to become a pilot. Pokryshkin bought a mountain of textbooks on piloting and aerodynamics, and spent long evenings poring over them. Aleksandr went to the director of the Krasnodar pilots club in the spring of 1938 and told him his dream. The director was surprised to meet an engineer who wanted to enter a civil aviation club.


What was even more surprising was how Pokryshkin wanted to cover the entire pilot’s curriculum in one month’s time, while on his vacation. The director gave in to the persistent requests, mostly because it was the only way to stop them. After a month, the young man would go back to his work and give up his ambitions, he thought.

Pokryshkin worked very hard, passing all exams on theory, paratrooping, and at last piloting a plane. He finished the whole curriculum of the aviation school in a month, and with honors. The instructors were dumbfounded by Pokryshkin, noting the way he “felt” the airplane.

With his certificate in hand, he was able to give military aviation school another try in November 1938. This time, the instructors’ vote was unanimous: Pokryshkin was admitted to the famous Kachin Aviation School and completed his training in 1939. He was assigned to the 55th Fighter Regiment with the rank of senior lieutenant. 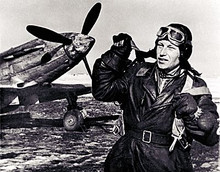 When Nazi Germany attacked the Soviet Union in June 1941, Pokryshkin was stationed in the Soviet republic of Moldova. During the first days of World War II, Pokryshkin shot down a Bf-109 fighter. On July 3, he was downed by Nazi flak cannons behind German lines, but managed to return to his unit in four days, despite his injuries.

In 1941, in severe storms and without armor on his aircraft (pilots called it the “dance macabre”), he was able to locate German tank army Panzer Group Kleist. The Russian forces stopped them near the town of Shakhty, but then lost track of the tank army as it disappeared into the woods.

Two pilots had been killed by the severe weather conditions on their mission to locate the tanks. Nevertheless, Pokryshkin took a risk and safely located the unit by following the caterpillar tracks of the tanks. This event won him the highest honor of the Soviet Union: the Order of Lenin.

Pokryshkin’s regiment was called to the rear in the summer of 1942 under a new commanding officer, where the unit was re-equipped with American-manufactured P-39 Airacobra fighters. Pokryshkin was quite fond of the Airacobras’ ample firepower. Several times during the war, directives from Moscow requested his units to consider switching to Russian-built aircraft such as the La-5 or Yak fighters, but he turned down the requests each time. 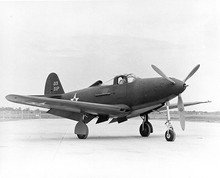 In 1943, Pokryshkin was deployed to the Kuban region in southern Russia. There, he invented new fighter tactics against German Luftwaffe units. On April 29, 1943, eight P-39 Airacobra fighters, one of which he piloted, attacked three squadrons of Ju-87 Stuka dive bombers escorted by Bf-109 fighters. As many as 12 German aircraft were downed in this battle, with Pokryshkin shooting down 5 of them. He considered it his highest achievement that all of this was accomplished without the loss of a single one of his supporting aircraft.

In September 1943, Pokryshkin shot down three Ju-88 aircrafts in a single pass. This further spread his fame as an ace pilot, because the move was performed at low altitude. Later that year, he took a flight on his own initiative and shot four transport aircraft U-2 over the storming Black sea.

In June 1944, he was promoted to the rank of colonel and was given the 9th Guards Air Division. However, he never stopped flying. Thus, in July 1944, he commanded 8 fighters in a fight against 50 aircrafts of Ju-87 and won the battle. On August 19, he was awarded the Hero of the Soviet Union title for the third time. Pokryshkin was the first to receive the rank for three times before the end of the war. On May 9, 1945, Pokryshkin shot down a German aircraft in the skies over Prague – the last aircraft destroyed in the European theater of war during WWII. 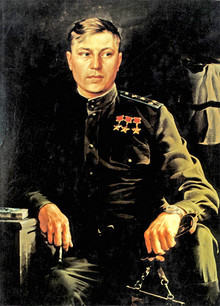 When the war ended, Pokryshkin recorded 65 confirmed kills (6 jointly with other pilots), with the majority scored in the first two years of the war. Although Pokryshkin was a patriot of his country, he was no patriot of his country’s aircraft, giving his preference for American-made planes. Despite his great fame, this had a negative effect on his career, likely preventing further advancement.

Pokryshkin was promoted to the rank of Air General only after Stalin’s death, where he assumed several regional command roles. During his career, he received three Hero of the Soviet Union Gold Stars, four Orders of Lenin, an Order of the October Revolution, four Orders of the Red Banner, two Orders of Suvorov (2nd class), two Orders of the Red Star and a number of other medals, both Russian and foreign, including the United State Air Force’s Distinguished Service Medal.

A man of honor

Pokryshkin was renowned not only for his military records but also for his principles and honesty. He never compromised, even though it cost him his career during Stalin’s rule. When Brezhnev came to power, Pokryshkin refused to give him as much credit for war victories as Brezhnev’s generals attempted to claim. Needless to say, Pokryshkin wasn’t forgiven for this, and was never promoted to occupy any high-ranking posts.