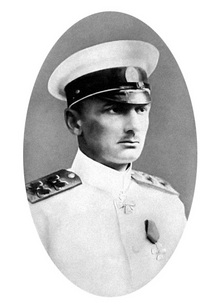 A Russian naval commander, polar explorer and head of the anti-Bolshevik fight during the Russian Civil War, Aleksandr Kolchak is undoubtedly one of the most controversial figures of Russian history.

Aleksandr Kolchak was born in the village of Aleksandrovskoye, near Saint Petersburg. He received his primary education at home, and then studied in a gymnasium. In 1894 Kolchak graduated from the Sea Cadet Corps in Saint Petersburg. After that he started his navy service, first as assistant watch officer on the cruiser Ryurik, stationed in the Far East, and then as watch officer of the clipper Cruiser, having spent a few years working in the Pacific Ocean. In 1898 Aleksandr Kolchak received the rank of lieutenant. The years spent at sea were also the time of Kolchak’s self-education. He became interested in oceanography and hydrology, and published an article about his scientific observations during cruises.

In 1899 Aleksandr Kolchak received an invitation to participate in an expedition around the Arctic Ocean. Together with Eduard von Toll, a Baltic German geologist and Arctic explorer in Russian service, Kolchak sailed around the Baltic Sea, the Northern Sea and the Norwegian Sea, spending some time on Taimyr Lake. Throughout this period he continued his scientific research. In 1901 Toll ensured the memory of Kolchak by naming an island in the Kara Sea and a cape, discovered during the expedition, after him.

In 1902 Eduard von Toll, together with three others, decided to continue on foot further to the north, while Kolchak was sent back to Saint Petersburg to deliver already gathered scientific information. After a year, when there was still no news about Toll’s group, Kolchak organized a new expedition in order to find the lost scientists. Seventeen people on twelve sledges pulled by 160 dogs took an exhausting three-month trip up to Bennet Island, where they found the diaries and the expedition collections, which shed light on the tragic fate of Baron Eduard Von Toll and his companions.

In 1903 Aleksandr Kolchak, worn out by this long adventure, headed to Saint Petersburg, where he hoped to marry Sofia Omirova. 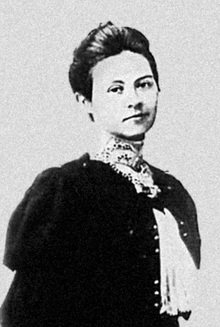 However, on his way home he received news about the outbreak of the Russo-Japanese War. Kolchak’s fiancée soon traveled to meet him in Siberia and right after the wedding he left to Port Arthur, where the first battles took place. Aleksandr Kolchak served on different warships, and then, suffering from rheumatism acquired during polar expeditions, he was put in charge of a littoral artillery battery. He was wounded and became a prisoner in Nagasaki for four months.

Upon his return home, Aleksandr Kolchak became a Captain Second Rank. He devoted himself to a revival of the Russian Navy and took part in the work of the Naval General Staff, formed in 1906. Kolchak, together with other officers, actively lobbied a shipbuilding program in the State Duma (the lower chamber of the parliament), and received some funding. He was involved in the construction of the two ice-breakers Taimyr and Vaygach, and then used one of these ships for a cartographic expedition from Vladivostok to the Bering Strait and Cape Dezhnev. In 1909 Kolchak published a scientific study on glaciology (the study of ice). In a few years’ time he started his service with the Baltic Fleet and soon became a Captain First Rank.

During World War I Aleksandr Kolchak was virtually in charge of military sea operations in the Baltic: he personally took part in developing a mine 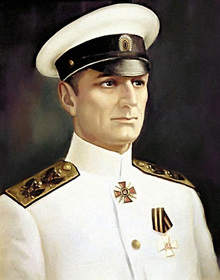 blockade of German navy bases and organized attacks against trade ships. In 1916 Kolchak was promoted to Rear Admiral, and was appointed as Admiral-in-Chief of the Black Sea Fleet.

After the February Revolution in 1917, which resulted in the downfall of the Russian Empire and declaration of the republic, Kolchak was among those who promptly swore loyalty to the newly formed Russian Provisional Government. Admiral Kolchak did his best to save the Black Sea Fleet from a chaotic breakdown, and managed to keep it whole for a while. Eventually mass unrest engaged working people, soldiers and sailors, who decided to disarm officers. As a sign of protest, Aleksandr Kolchak threw his golden saber, the award for serving in the Russo-Japanese War, in the water. Then Kolchak left for Petrograd (Saint Petersburg) and resigned from his post (either voluntarily or by force, depending on which version of historical records is preferred). Having taken part in a session of the Russian Provisional Government, Aleksandr Kolchak blamed the government of breaking the army and fleet down. By that time Kolchak had already been considered as a potential candidate to be the new leader of Russia.

In August 1917, having been invited by the command of the US Fleet, Admiral Kolchak went to America to share the experience of the Russian Navy and to learn about American achievements. In San-Francisco Kolchak was offered to stay permanently and head the department of mining in the best naval war college, but he declined this opportunity and went back to Russia. On his way home, having arrived in Japan, the Admiral learned about the October Revolution of 1917, which overthrew the short-lived Russian Provisional Government and gave power to the Soviets, dominated by Bolsheviks (revolutionaries, led by Vladimir Lenin). Having heard about the beginning of peace negotiations between the Bolsheviks and Germany (which later resulted in the signing of the Treaty of Brest-Litovsk), Kolchak uttered his strong objection against it. He asked the English command to let him serve in the British army, and in December 1917 Kolchak received endorsement and was sent to the Mesopotamian Front, where Russian and English troops were fighting against Turks. However, on his way to the site, Aleksandr Kolchak was redirected to work in Manchuria and Siberia, where he then became a member of the board of the Chinese Eastern Railway. He made an attempt to gather troops for a fight with theBolsheviks, but this idea failed, and in October 1918 Kolchak headed back to Russia, to Omsk. 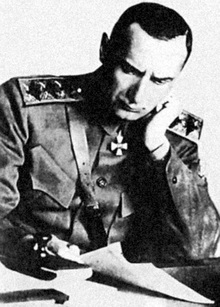 In September 1918 the Provisional All-Russian Government was formed, the last attempt at a unified anti-Bolshevik administrative body, which in a month moved to Omsk. Aleksandr Kolchak was appointed the Military and Navy Minister. As the result of a coup, during which Cossack detachments arrested the major heads of the Provisional All-Russian Government, the remaining Council of Ministers took power and elected Kolchak as the Supreme Ruler of the Russian State. His appointment was recognized in several other regions of the country. The new ruler found himself in charge of the biggest part of the gold reserves of the former Russian Empire. He managed to gather large military forces and start a war against the Red Army of Bolsheviks. After several successful battles, Kolchak’s troops had to leave the occupied territories they had gained, and eventually backtracked. The fall of Aleksandr Kolchak’s regime is explained, according to various sources, by different factors: a lack of experience of ground forces command, insufficient understanding of the political situation and dependence on unreliable allies.

On 4 January 1920 Kolchak signed his last decree, delegating his power to the general Anton Denikin. In a few days’ time Aleksandr Kolchak was arrested by Czecho-Slovaks while traveling from Omsk by train, and passed to the Bolsheviks. Following the arrival of an order from Vladimir Lenin, Admiral Kolchak was sentenced to death and on 7 February 1920 he was executed without a trial. According to the most wide spread version, the body was thrown into an ice-hole in a river.

The personal life of Kolchak has always been actively discussed. He had three children with his wife Sofia, though two girls died in early childhood. Up until 1919 Sofia waited for her husband in Sevastopol, but then she left for Paris together with their only son Rostislav, where they lived to the end of their lives. Sofia died in 1956. 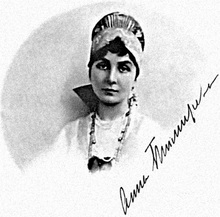 In 1915, 41-year-old Kolchak met the young 22-year-old Russian poetess Anna Timiryova. They both already had families, but started a long-term relationship. In a few years’ time Timiryova got divorced and after that was considered as Kolchak’s civil wife. Having heard about Kolchak’s arrest, she voluntarily went to jail, to be closer to her beloved admiral. Between 1920 and 1949 Timiryova was arrested and exiled six more times, until she was rehabilitated in 1960. Anna Timiryova died in 1975.