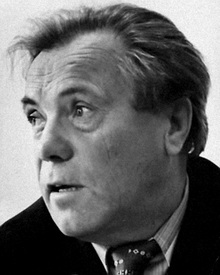 Viktor Petrovich Astafiev is one of the best representatives of Russian literature of the second half of the 20th century. Astafiev's colleague, Nobel Prize-winner Aleksandr Solzhenitsin, called him an “adamant truth-lover, one of the first to react to the moral depravity of our life.” Astafiev's life and work is an example of selfless service to people and truth. Every Russian and every foreigner, if they are really concerned with the problems on the Russian national agenda, will find Astafiev’s books most helpful. To many he was more than a talented writer – he was a man in whom they had infinite faith. A war veteran, Astafiev is renowned for his ruthlessly truthful stories about the World War II.

The land where Astafiev lived, East Siberia, is measured not by the hundreds but by the thousands of kilometers. A native Siberian, for a larger part of the year Astafiev lived in the settlement of Ovsyanka on the Yenisey River, where several generations of his ancestors once worked the land. Astafiev also had an apartment in Krasnoyarsk, a city that is at least a

four-hour flight from Moscow. “I would like to be back in the village, sitting quietly near the Russian stove, or go to the taiga, to such spots where, I am sure, no visitor will find 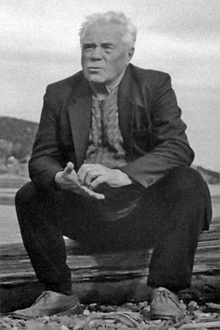 me. In my 75 years on the day of my birth, 1 May, I remember only five years with such nasty weather. In the evening I like to go out to the Yenisei and sit for a while on a log. This makes me feel stronger. In my vegetable garden I have onions, salad, strawberries. I plant everything and reap the harvest myself. I have also a few trees I brought from the taiga mountain ashes, larches and cedars. One cedar already bears nuts. Perhaps this is the greatest joy in my life after the joy of creation.”


One of the main characters of Astafiev's prose is the nature of Siberia. The pages devoted to nature are so vivid that the reader can immediately imagine the amazing spots that only a few have managed to see with their own eyes. Astafiev has described the powerful Yenisey, and smaller rivers such as the Nizhnyaya Tunguska and the Oparikha, each with its own character.

Astafiev was the first Soviet author to bring up the problem of ecological disaster in his novel “The Tsar -Fish,” which was immediately recognized as a literary masterpiece but also came under criticism. Astafiev spangled the 550 pages of the book with rare dialect words and expressions. Even a native Russian-speaker would find this book difficult to read. But this did not

deter translators and publishers, and Astafiev’s book can be found in 27 foreign 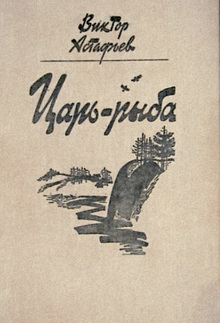 languages. “The Tsar-Fish” and other of his books have been published in millions of copies in and outside Russia, among them “Theft,” “A Shepherd and a Shepherdess,” and “The Last Bow.”

Astafiev could not imagine human existence without reading books: "I read Cervantes ‘Don Quixote’ not as a young man but much later. This is the book of books, the most merciful book and its main character is the most merciful man. There was a period when I read a lot of Shishkov and Gorky. Then I passed over to Dostoevsky and only at 45 discovered books by Ivan Bunin, who was not available in the Siberian province. And my love for Turgenev’s novel “Rudin” caused me some trouble. During World War Two I served in the communications troops. I spent my every spare minute on my favorite book and used to quote for my comrades my favorite excerpts about the life of the Russian gentry in the mid-19th century and about Rudin’s philosophic strivings. But my comrades thought all this was absolutely out of place and wouldn't listen to me.”

Astafiev became an orphan at an early age. When World War II broke out, he volunteered for the front and fought as a rank-and-file soldier all the way through. He was awarded the Order of the Red Banner and a medal “For Bravery.” In 1951 Astafiev published his first story “Civilian.”

Astafiev’s books reveal what he thinks of the Russian national character and the Russian national idea. In 1995 he published the novel “The Condemned and the Killed,” another book about World War II - probably the most cruel of all. He tried to tell the whole truth, however bitter and unbearable it might be. Death, horror and the madness of war are described without reservations. Astafiev, who has seen action himself, repeatedly addressed the subject of war, trying to say what he knew about the past so that the past might never repeat itself. He had the courage to take a glimpse at the enemy trenches, show the hardships of war experienced not only by Russian but also by German soldiers. Hundreds of documents about World War II have passed through his hands, documents that became available only recently. These documents shocked the writer, made him take a different view of many historical events. He arrived at the conclusion that Leningrad ought to have been surrendered in 1942, and that the storming of Berlin was a mistake of the command. “To my mind, the most important, most interesting and most difficult thing facing Russian literature is a test for truth. Strange as it may seem, it was easier to fight one's way by letting out “grains” of truth. Our literature was only good enough for three minutes of truth. And today, when one needn't lie, it has suddenly proved so difficult. Life as it is, undisguised reality observed and brilliantly recorded by a writer - is the eternal source of literary renewal.” 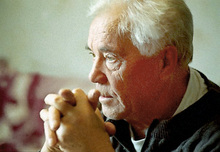 “The Condemned and the Killed” is perhaps the first of all Russian novels about the war that ends with words of compassion for the tragic fate of the German invaders.

No matter what theme he explored, the war or the life of Siberian farmers, he lashed vehemently at sweet myths and illusions, telling the bitter, brazen truth about his own people and homeland, and gradually falling out of favor with Soviet critics and cultural bureaucracy. Astafiev is a writer whose blunt and daring voice was always heeded by the people. Each and every new publication by the author was a social event whose impact went far beyond the limits of the literary world. With his ruthlessly truthful descriptions of some of the most tragic episodes of World War II and its impact on life in small Russian villages, Astafiev is often perceived as the mouthpiece of the nation. The characters in his novels are people who have experienced the full measure of misery and calamity that a war brings. His later works, like a requiem to those who perished in wars, have the survival of life itself as their main recurrent themes.

The writer visited many countries and great cities of the world. He was fascinated with the Colombian capital Bogota, with its nature that produces four harvests a year, where in December, when severe frosts reign in Siberia, eucalyptuses break out blossoming. But in his heart he has always been concerned with his native land. His greatest aspiration was to see a wide staircase of Siberian larch built in his native village, which would run from the church in the center of the village down to the Yenisey River.

The writer was honored more than once with the highest Russian national awards. In 1975 he was awarded the State Prize of Russia for his novel “The Condemned and the Killed.”