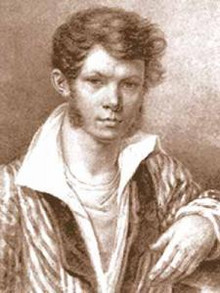 Prince Pyotr Vyazemsky was a critic, poet, translator and all-around man of letters. He also wrote diaries chronicling events in Russia for nearly seventy years, from 1813 through 1877. Some of them were later published, and make for interesting reading even today.

Vyazemsky was born to an aristocratic family in Moscow. He spent his childhood among well-educated and intelligent peers – from a very early age, he often met outstanding personalities like Zhukovsky and Karamzin who came to visit. He studied at a St. Petersburg boarding school where he learned German, English, Italian and French. Vyazemsky’s father died in 1808, and Pyotr came under the tutelage of Karamzin. He soon started publishing in the magazine The Herald of Europe.

When Vyazemsky returned to Moscow, he volunteered and fought in the battle of Borodino in 1812. He published his first major critical piece, ‘On Derzhavin,’ in 1816. The piece, while informed by Enlightenment principles, was written in Romantic language. In the 1820’s, Vyazemsky argued against critics of Karamzin's ‘History of the Russian State,’ and against critics of Pushkin's romantic poems. He was the first to endorse Russian romanticism openly, and to call for an original national language.

In 1828, he wrote the satirical piece ‘The Russian God,’ in which he raged against the harsh and fallen world. The book was published in 1854 in London with the help of Aleksandr Herzen, a famous Russian writer and thinker, and attracted widespread notoriety. Vyazemsky called the Russian God the god of the homeless, the poor and the starving. By the 1830s, Vyazemsky found little to relate to in the younger generation – he had the great sadness of outliving all of his contemporaries. Though he wrote his most well-known masterpieces in the last years of his life, he had been forgotten and abandoned by critics and the public long before he died. 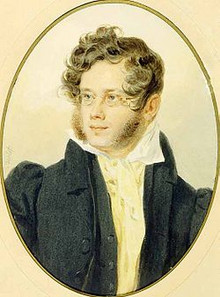 Vyazemsky spent much time writing his major work of prose – a book on the famous Russian playwright Denis Fonvizin.

He worked in the Ministry of Finance for many years, and headed the bureau of censorship from 1856 to 1858. In 1863, he moved abroad because of poor health. Vyazemsky died in Baden-Baden, Germany, but his body was brought to St. Petersburg and buried there.

Vyazemsky, and the age he helped create

Vyazemsky is considered to be the chief journalist of Russian romanticism, though his early poetry is less romantic than his later writings. His early work consisted of rote exercises on poetic styles, or incisive essays on wordplay. His later poetry became more universal, and classical.

Russian romanticism was strongly influenced by cultural developments in the West: “It seems that, in the present age, a poet cannot but echo Byron, as well as a novelist cannot but echo W. Scott, notwithstanding the magnitude and even originality of talent,” Vyazemsky wrote in 1827. 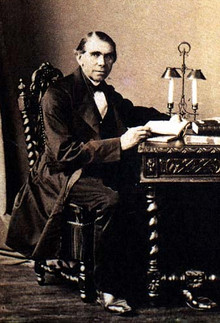 The Pushkin Pleiad, consisting of poets of Pushkin's generation, included Vyazemsky. Literary critics grouped these bright young poets together as a genre unto themselves. Later, that circle of like-minded writers became fractured by different ideals. Vyazemsky was one of the first to appreciate Pushkin’s gifts as a poet. They were introduced to each other in 1816, and became fast friends. Their wry, independent attitudes towards authority and similar tastes brought them together.

When they met, Pushkin was not yet 17. When Vyzemsky married, Pushkin became friends with his wife, Vera, and later with their son, Pavel. Pushkin was more open with Vera, and confided his last secret to her on the eve of his fatal duel. The correspondences between Pushkin and Vyazemsky are a high point of their friendship – the dialogue of very clever men discussing literature and politics. “Often one doesn’t agree with his thoughts but they make think,” Pushkin wrote of Vyazemsky. Pushkin immortalized his name, using a line from a Vyazemsky poem as the epigraph to the first chapter of his famous opera ‘Eugene Onegin.’

The poet Vyazemsky was the owner of the Ostafievo estate in Moscow region. There, he received Vasily Zhukovsky, Evgeny Baratynsky, Konstantin Batyushkov and many other noted intellectuals of the time. The playwright Aleksandr Gri­boyedov visited the estate and gave a reading of his play, ‘Woe from Wit.’ Pushkin visited in 1830 and 1831, and named Ostafievo the ‘Russian Parnassus.’ Gogol was a guest in the summer of 1849. Pyotr Vyazemsky described the estate’s garden in one of his poems: “Before the house, a rounded meadow; behind, a shady grove, and through the winding, wooded valley a little river flows.”

Pavel Vyazemsky, his father’s only surviving son, continued Ostafievo’s historic and literary traditions. Pavel studied the history of ancient Russia, founded the Society of Ancient Literature, served in Constantinople with the Ministry of Foreign Affairs and finished Ostafievo’s Library, turning it into a museum.