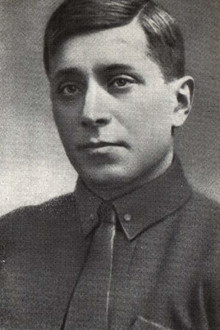 Mikhail Zoshchenko was an iconic figure in Soviet satire. He was a remarkable writer who was particularly popular in the 1920s and 1930s for his satirical depictions of the realities of Soviet rlife. Zoshchenko’s works made him one of the most widely appreciated writers in modern Russian literature.

Mikhail Zoshchenko was born in Poltava, in present-day Ukraine. His father was an artist specializing in historical pieces, whose paintings are still on display in Russia’s Tretyakov Gallery and the Suvorov Museum. The family was of Ukrainian origin, descended from the hereditary nobility. Zoshchenko’s mother was Russian, and worked as an actress. Zoshchenko was the third of eight children, although little is known of his siblings. The sole sources of information on Zoshchenko's childhood are his later autobiographical sketches and comments that appear in his fiction.

He was drawn to writing at a young age, composing poetry by 1902. He attempted his first work of prose in 1907, the same year his father died. By his own admission, he was not a good student – in 1913, he attempted suicide after receiving a failing grade on his final exam for a composition class. Despite the setback, he began studying law at the University of St. Petersburg at age 17, that same year, but was dismissed in 1914 for being unable to pay for his education. He then traveled to the Caucasus, where he worked as a railroad inspector. At the beginning of World War I, he volunteered for service and trained to join the officer corps. 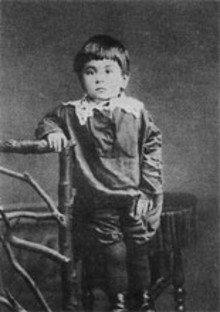 After completing his training in 1915, he earned the rank of ensign and volunteered for the frontlines. Commanding a machinegun team in a grenadier division, he was awarded the Order of St. Stanislav (Third Degree) in 1915. The following year, he received the Order of St. Anne (Fourth Degree) for bravery, and was promoted to lieutenant. That summer, he injured in a chemical gas attack and sent to a hospital. Zoshchenko was later promoted to captain and put in charge of a company. After assuming temporary command of a battalion, he was sent to the reserves in early 1917 due to his poor health. He then served as a commandant in the postal and telegraphs service.

After the February Bourgeois Revolution of 1917, he served in Petrograd (St. Petersburg) as commandant of the Main Post Office and Telegraph. Later, in September of 1917, he became an adjutant of the Archangel militia. After the October Revolution, Zoshchenko returned to Petrograd and served in the border guards, in Strelna and Kronshtadt. He volunteered for the Red Army during the Russian Civil War, but served for only a few months because of heart problems.

In September of 1918, he was transferred from the border patrol to the acting army, and was on the frontlines until the spring of 1919, when he was discharged from service in April. After that, Zoshchenko served as an investigator in the Criminal Inspectorate (‘Ligovo-Oranienbaum’). Upon returning to Petrograd in the summer of 1919, he began his first serious efforts at writing and studying literature.

Taking up the pen 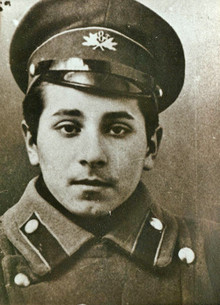 In 1920, Zoshchenko joined the Petrograd Military Port as a clerk. That same year, he took up writing, and joined the Serapion Brothers, a group of Petrograd authors. The name of the group was borrowed from their German colleagues, ‘Die Serapionsbrüder.’ They earned notoriety for their experimental short works, parodies and often graphic and absurd avant-garde accounts of contemporary life.

Zoshchenko’s first book of stories was released in 1921. He made a name for himself from 1923 onwards with his short stories published in the satirical press, which he later combined into books that sold millions of copies.

From the beginning of his literary career, Zoshchenko showed a strong streak of boldness and independence. Over the next 20 years, a large number of the author’s books were published, notably: ‘Sentimental Tales’ (1923-1936), ‘Youth Restored’ (1933), ‘Sky-Blue Book’ (1935) and ‘Historical Tales.’

In 1941, at the beginning of World War II, Zoshchenko worked for Leningrad’s newspapers, radio and the journal Krokodil. In October of 1941, the author was evacuated to Alma-Ata in Kazakhstan. Until the spring of 1943, he worked there in Mosfilm, the country’s biggest film factory, which had been evacuated from Moscow. He also wrote the script ‘Soldier’s Luck,’ which was approved by authorities and put into production in 1943.

Zoshchenko returned to Moscow in March of 1943 to work as a member of the editorial board of the journal Krokodil. In autumn of that year, Zoshchenko published the tale ‘Before Sunrise’ in the journal October, which sparked sharp public criticism. 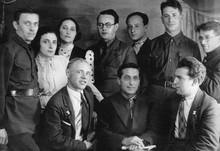 From 1944 to 1946, Zoshchenko worked for theaters. Two of his comedies were staged in the Leningrad Dramatic Theater. One of them, ‘The Canvas Briefcase,’ ran for 200 performances in 1945 and 1946.

Zoshchenko’s satires were popular with the Russian public, and he was one of the country's most widely read writers in the 1920s. Although Zoshchenko never directly attacked the Soviet system, he never shied from critiquing its problems with bureaucracy, corruption, housing and food shortages.

Stalinist oppression on the rise

Zoshchenko wrote his most critically acclaimed stories in the 1920s. By the end of World War II, Stalin came to believe that his ambiguous satires were dangerous for Soviet readers. In 1946, Zoshchenko came under harsh criticisms from the highest levels of the Soviet state. Public ostracism and persecution broke his will to write, since he believed that his task as a satirist and proponent of rationalism was to educate Soviet readers.

Nevertheless, Zoshchenko sold an estimated 100 million copies of his stories. His huge popularity was attributed to his simple writing style and its timely subject matter, which many people found relatable. For example, Zoshchenko’s favorite topic of several stories – the communal apartment – earned him wide public adoration. At the time, the Soviet government had converted many large apartments into communal apartments to deal with housing shortages. Several families shared a single kitchen and bathroom, with each family having only one room of their own. 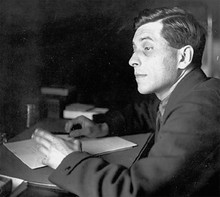 The author filled his ‘Soviet universe’ with compelling characters. Zoshchenko’s world is devoid of slogans, love and critical thinking. His characters spend their lives in primitive and mundane circumstances, and the slogans in their dialogue are a clear parody of his era. Andrey Zhdanov, the leader of the Communist Party unit in Leningrad, condemned Zoshchenko’s children’s story ‘The Adventures of a Monkey’ as an attack on the Soviet lifestyle in his notorious Party Resolution of 1946. Zoshchenko was expelled from the Soviet Writers’ Union, and derided as a vulgar proponent of non-progressive, trivial and apolitical ideas.

Zoshchenko, along with poet Anna Akhmatova, was expelled by special decree and deprived of his ‘worker’s ration card’ – the only way to get food during a time of widespread starvation. Publishers, journals and theaters began cancelling their contracts with Zoschenko, and demanded he return the advances he was given. He couldn’t make ends meet on the money earned from his translation work, forcing him to sell his possessions and work for a shoemaker. 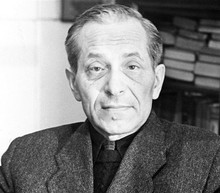 Unable to understand why he was targeted, and unable to reconcile the gulf between his earlier popularity and the official condemnation, Zoshchenko struggled to regain his name, with little success. He wrote a letter to Stalin, claiming that he never intentionally worked to support landowners and bankers, as he was accused. After Stalin’s death in 1953 Zoshchenko’s situation improved, but only slightly. In June 1953, Zoshchenko was allowed to return to the Union of Soviet Writers.

But in May 1954, a group of English students asked to meet with him and Akhmatova. The students asked the two if they agreed with the Central Committee’s inquisitional resolution against them. Akhmatova proudly said yes – her son was a prisoner in a gulag at the time – while Zoshchenko said that he disagreed with certain things. His remark prompted a new wave of public criticism, which threw him into a deep depression. This malaise drove him into his grave.