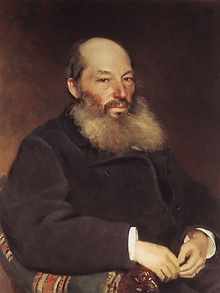 Afanasy Afanasyevich Fet is regarded as the greatest lyric poet of Russia. A genius lyricist, he wrote poetry throughout his life. His verses were highly esteemed by the well-known literary critic Belinsky, who ranked him on par with the “Russian Byron,” Mikhail Lermontov. Fet’s lyrical poetry is extremely sensual and melancholic, imbued with tints of sadness and tragedy. Tolstoy would give his unpublished works to Fet for his opinion and approval. Mandelstam considered him to be the greatest Russian poet of all time. Fet believed in “art for art’s sake” and felt that poetry should reflect only itself. Because of this he avoided any references to the outside world in his poetry, most of which was regarded as “nature poetry” and wrote mainly of the landscape of his day to day life. The author contemplated the beauty of the world from two sides - the outer one, inspired by the charms of nature; and the inner one with love as its major incentive.

Afanasy was the child of a German woman named Charlotta who was initially married to Johann Foeth. She remarried a rich Russian landlord named Shenshin in 1822, after Afanasy's birth in 1820. As a result, Fet was never legally his biological father's son and heir, and couldn't claim the rights of

nobility. It is unclear if Afanasy was the son of Foeth or Shenshin, but the Holy Consistory in Orel decided that he would go by his German father's name because the 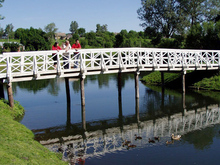 marriage between his mother and his Russian father was not legitimized soon enough. The stigma of illegitimacy haunted him throughout his life and after years of litigation, he obtained the right to use the prestigious name Shenshin. Fet spent most of his life trying to succeed in his ambition to become a member of the nobility and this was his only reason for joining the military. When he eventually received his commission, the law that would have allowed him to become a member was changed, so that he had to reach the rank of major. He finally succeeded in obtaining the title at the age of 54. Fet was regarded by many as a rather ridiculous figure and years later he would make a point of walking around Moscow in the middle of a hot oppressive summer in the full dress uniform of a court chamberlain just so that people might realize that he was a member of the nobility. 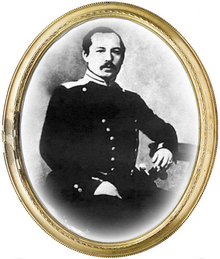 As a young man, Fet attended Moscow University from 1838-1844, studying philology. While there, he began to dabble in poetry, publishing his debut collection, “The Lyrical Pantheon,” in which he developed a unique style of poetry dealing with the twin subjects of love and nature. At the time, “The Lyrical Pantheon” was not well received (the preferred style of poetry being social criticism). His next poems, published in “Notes of the Fatherland and Muscovite” received an equally lukewarm reception.

Afanasy Fet enlisted in the military in 1845. While in the military, he continued to publish his poetry. When he was transferred to the Russian Imperial Guards in 1853 and stationed in St. Petersburg, he gained a golden opportunity to work with other great authors of the age, such as Ivan Turgenev (who wrote the introduction to his third collection). At this time, Fet began to use the theme of the death wish in his poetry, particularly in the poem “To Death” in 1856, which caused a stir at the time of its publication. In 1850, a young woman named Maria Lazich, who was in love with Fet, but who could not marry him because of financial reasons, perished after accidentally setting herself on fire. This event and the image of Maria would be frequently evoked by Fet even in his later verses. “In a wooded and neglected region, the midnight snowstorm swirled a branch sizzling on the fire. We sat together…” 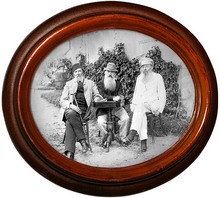 In 1857, Fet married the sister of the prominent critic Botkin, and by 1860, the Fets had retired to a country estate to live a life of semi-retirement. They settled at the Stepanovka Manor in Fet’s home district of Mtsensk. Fet visited his illustrious neighbor Tolstoy as often as possible. Among Tolstoy's friends, he was the only professional man of letters. Fet continued to write poems glorifying death. The same year he married he wrote “Upon a Haystack on a Southern Night.” It is said that this was Leo Tolstoy's favorite poem. In 1859 Fet wrote an essay entitled “Tyutchev in Russian Word” that spelled out his philosophy on art. “The artist's duty is only to serve the muse and the notion of beauty.” Ideology and social issues were of no concern to him. Finally in 1873 Tsar Alexander II rectified the situation of Fet's nobility and he was given the rights and privileges of a hereditary nobleman.

In his waning years, his works received the acclaim that they had been previously denied. The Russian Symbolists (notably Annensky, Bely and Ivanov) had discovered Fet and were greatly inspired by him. When Fet first 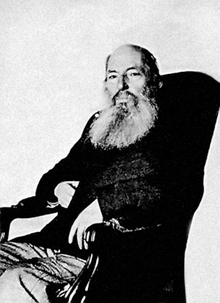 published his poetry in 1842, he was too timid to trust his own artistic taste. He therefore submitted his verse to be examined by Ivan Turgenev. This tradition continued for many years, until Fet understood that Turgenev had expurgated from his verse the most personal and original elements of his artistic vision.

In 1881, he translated the works of Schopenhauer into Russian. In his old age, when his suffering became unbearable, Fet attempted to follow Schopenhauer's advice and commit suicide, but was stymied by his family. He died from a heart attack during another suicide attempt in the early winter of 1892.

Little of his work is available in English. A slim volume from which the following extracts are taken was published by Angel Book in the UK in 1982 with the title “I Have Come To You To Greet You.” A very fine volume of criticism “The Imagination of Spring: the Poetry of Afanasy Fet” was published in 1966 by Yale University Press. It contains literal word for word translations of his poetry but is still well worth reading.

"I Always Like the Northern Birches"
I always s like the northern birches:
Their view, so downcast and grave,
The fever, which poor souls scorches,
Cools like the mute speech of a grave.

But yet, the willow, which branches,
With their long leaves, cast in a flood,
Is closer to a dream, that scourges,
And longer lives in our heart.

Deploring groves their own,
Their meadows – with bitter tears,
Tell birches to cold wind alone
Their common sufferings and fears.

Believing that the whole ground
Is motherland of sacred grieves,
The weeping willow all around
Inclines its branches with long leaves.

To tell you that wood’s awaken
In its every branch and leafage,
And with every bird is shaken,
Thirsty of the springy image;

To tell you that I’ve come now,
As before, with former passion,
That my soul again is bound
To serve you and your elation;

That the charming breath of gladness
Came to me from all-all places,
I don’t know what I’ll sing, else,
But my song’s coming to readiness.
“The September Rose”
Two sighs of morning air, that froze,-
(With her lips opened for a say),
How curiously has smiled the rose
On a September fleeting day!

And how has she ever dared
To greet, with air of springy queens,
The single blue-tit, in the bare
Shrubs fleshing in the orb of wings;

To bloom with steadfast dream that later,
Just leaving her cold bed in rest,
She’ll cling, the last and dissipated,
To a young hostess’s charming breast!

Aleksandr Blok One of the most prominent Russian poets in the early 20th century, Aleksandr Blok was a true romantic of his time. Writing during the so-called Silver Age of Russian poetry, he was a notoriously bad husband and an avid supporter of the revolution, only to become disappointed by it to death, quite literally.