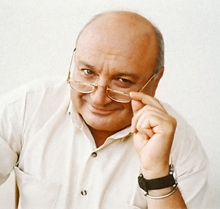 “For the majority of thinking people, he is the symbol of humor in Russia," – Gennady Khazanov, a well-known Russian comedian.

Mikhail Zhvanetsky is Russia’s premier stand-up comedian and humor writer. He is the author and performer of satirical works that have received national recognition. He began his career as the author of numerous brilliant satirical miniatures performed by Arkady Raikin (a legendary Russian comic actor). Zhvanetsky is truly a darling of the nation, performing his comic short stories and monologues in front of full houses. His famous phrases have become part of popular folklore in the form of favorite sayings and commonly used proverbs.

In recent years, Zhvanetsky has actively worked in television, with the broadcasting of his "Collection of Best TV Works - All Zhvanetsky." He also performs all over Russia and abroad and is the author of the books "Year For Two," "Meetings on the Streets," "My Odessa" and many others. He is the founder of the "Moscow Theatre of Miniatures" and the president of the Odessa International film-festival "Gold Duke." Zvanetsky has been awarded many Russian and International prizes.

''In prison, without freedom, humor is much more interesting; it is nobler somehow. It carries with it the idea of protest, of a struggle against the regime. And everybody is in agreement. In fact, that was the great achievement of Soviet power: people were unanimous, everyone thought the same. Just try to achieve something like that in a free society. Never. You'll fail.''

Zhvanetsky has always had to adjust to new, changing realities - to audiences that are more distracted, more divided, more diverse and smaller. Zhvanetsky is a short, balding man who, with glasses perched on the end of his nose, reads his material from typewritten sheets, legs apart and chest thrust forward. He makes people laugh. Sometimes they laugh so hard they cry. When NTV, Russia's largest private television station, broadcast a 16-part series of pure Zhvanetsky, showing him reading through a collection of work written over the last 30 years, it was at the top of the ratings.

''All information is available; a satirist cannot discover anything new, so humor doesn't play the role it played before. Now is the time for satirists to show off their talent. Before, it was enough to prove they were brave.''

“Still, Zhvanetsky is No. 1, both in the Soviet Union, now in Russia, and in all parts of the world where Russian-speakers live. For the majority of thinking people, he is the symbol of humor in Russia,'' according to Gennady Khazanov, another well known actor and comedian in Russia.

The emphasis here is on the word ''thinking.'' Zhvanetsky is quick to point out that the general level of humor in Russia has sunk as the country has emerged into the bright light of freedom.

''Before, humor was aimed at the level of the head, then it went down to the heart, then we had jokes about health,'' said. Zhvanetsky. ''Now it has slipped even lower, with most of it at about the genital level. It is not even about sex.'' 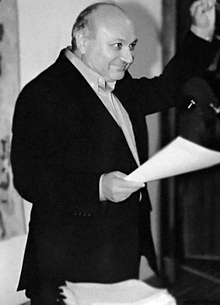 Zhvanetsky, now as before, manages to infuse his sketches with philosophical insights. His work is in the same class as the books of Ilf and Petrov, writers of the 1930s admired by millions, who, like Zhvanetsky, were from Odessa, the Black Sea port known as the crucible of Russian-Jewish humor.

“In a nation that has always adored social satire, Mikhail Zhvanetsky, is the undisputed comic laureate of glasnost. Once forced to circulate tapes of his routines underground, today Zhvanetsky plays thousand-seat arenas, appears on national television and counts Politburo member Alexander Yakovlev among his fans.”

Zhvanetsky started his career as a naval engineer but swiftly shifted to the world of comedy. While working as a mechanic at the Odessa port, he started writing for a local satirical theater. "The chance for a comedian to make money was built into every defective product and plan the Communist Party ever made," he said.

In the 1960s, his work attracted the attention of Arkady Raikin, a legendary Russian comic actor. But Zhvanetsky as a performer as well as a writer peaked later, when he began to appear behind closed doors at Russia's elite establishments, where his listeners, sometimes scientists, sometimes high-ranking bureaucrats, once even cosmonauts were trusted to keep his jokes secret. Of course, they eventually leaked out and circulated widely on scratchy recordings.

By the time Zhvanetsky returned to the public stage in the mid-80s after his shows were forbidden, his monologues had already been committed to memory by legions of fans from all walks of life, dissidents and Communist Party members, workers and physicists, anybody who found the daily burdens of Soviet life both unbearable and unbearably funny.

''Zhvanetsky personified deep perplexity. He didn't lash out, or skip around. He simply tried to figure out the logic of what was happening to us. Having found it, he understood that this logic was absurd. That was the essence of his satire. Step by step, sketch after sketch, he created an encyclopedia of Soviet absurdity that eventually turned out to be, unintentionally, the true history of the Soviet state.''

Although Zhvanetsky still mocks politicians, he wants to move away from attacks on the government, and take a closer look at Russians themselves:

''Finally I realized that it is not the government we should focus on but ourselves. That is, those of us who don't want to work. It has been described before: people sit in a cage, the cage opens, and they are unwilling to get out. It's ridiculous, but there is a strong desire of Soviet people to work on a collective farm. There, you can steal and you can drink, calmly.''

Unlike most other Russian comedians, Zhvanetsky has little time for the ever-circulating jokes about the “new Russians”, as the gold-bedecked, Mercedes-driving new rich in Russia are called:

''It is a huge sphere of humor for everybody but me. I also touch upon it, but since I try my best to improve life, I prefer to prod those who do nothing. In fact, everyone is a bit sick and tired of new-Russian jokes. They are too primitive, both the jokes and the new Russians themselves.''

A Knife That Still Cuts (by Zhvanetsky)

In this sketch a President and his people wonder how to pay back the Americans, who have had the audacity to help them. Here is an excerpt:

PEOPLE - So what should we expect?

PRESIDENT - There will start to be an improvement after the decline reaches its lowest point, sometime in the mid-beginning of the century, this according the most accurate calculations of those scholars who are left.

PEOPLE - And you will give us our food?

PRESIDENT - That's what I told the Americans: ''Send us our food.''

PEOPLE - Right. Let them send us our food. Our food is better, we are used to it, and it doesn't keep as long, which means we get to eat more of it.

PRESIDENT - That is what I am saying. Your garden, what kind of food does it grow?

PRESIDENT - You mean you watch your neighbor's garden?

PEOPLE - So? This one guy went ahead and planted, even though we warned him and warned him. But he was stubborn. It will be interesting to see what comes of it.

PRESIDENT - You watch him closely. If something grows there, then I will turn the Americans down. Even if they throw themselves at our feet, I will not allow them to feed us.

PRESIDENT - And they should stop being so brazen. I have never seen anything like it. They get more and more brazen with each one of our new requests.

PEOPLE - They have too high an opinion of themselves.

PRESIDENT - Right! But we smacked them good with that default. We said: ''We will never return what we have borrowed, but we shall continue to borrow.'' Now, that was some default. They lost their tongues, and their insolence vanished. So we have complete disarray in the ranks of the enemy. I think we finally found an effective weapon against America.

PEOPLE - Then why don't we smack them with our collapse?

PRESIDENT - No, they'd never survive it. We should be sorry for them. They invested so much here.

PEOPLE - It seems they are recreating Soviet power here once again.

PEOPLE - Then we should keep an eye on them and charge them as much as we can for it. But we should decide when and how much. We should definitely be the ones to decide. 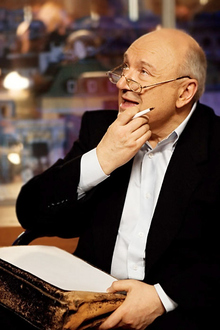 Zhvanetsky is so well known that President Boris Yeltsin adored him and always sent him a note of congratulations for his birthdays. Leonid Brezhnev once asked him to write a toast for an official dinner. The toast is this: "Vodka in small doses is harmless in any quantity."

“During the Brezhnev period (1964-82) people thought of me as a brave man because I said things others couldn't. Humor is the defense of a weak person. He can't punch a government official in the face, so he goes home and does it through his writing."

Because of the different national realities, Zhvanetsky's humor doesn't always translate well into English. "I've already made peace with the fact that humor doesn't cross borders. Humor is not an army."

His shows, whether in Russia or abroad, have the feeling of soirees. For an hour or so, Zhvanetsky's audience is his guest as he rifles through a sheaf of papers, he carries in a well-worn leather briefcase. He pulls out one to read, discards another. Sometimes, if the audience doesn't respond, he'll read the joke again. "Listen," he'll say, taking off his reading glasses, "it's really very funny."

He is happy in marriage and has one son.