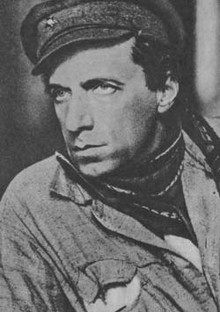 Vsevolod Meyerhold was a Russian and Soviet actor and theater director, and the creator of a new acting system called “biomechanics”. It is hard to overestimate his role in the development of the Russian theater.

Meyerhold’s birthname was not Vsevolod, but Karl Kasimir Theodor. He was born in a Lutheran German family which lived in the Russian city of Penza. His father owned a liquor factory and was rather rich, though strict: he controlled the children’s expenses and was never generous with pocket money. He was not much interested in any of the arts, while his wife organized musical evenings regularly and was fond of the theater. Karl and his siblings shared her interest and often participated in amateur plays.

In the gymnasium, Karl was not a high achiever: he had to repeat a year three times to get a certificate of completion. He graduated in 1895, and attended the law department of the Moscow State University. Same year, he did two things that shocked his family: he converted to the Russian Orthodox Church and changed his name to Vsevolod.

A year later he married his childhood love Olga Munt. In those days, students had to receive special permission from the governor to marry, and Meyerhold was persistent enough to write letter after letter to the authorities until he succeeded.

The same year, he went to see Othello as staged by Konstantin Stanislavsky. This simple experience changed Meyerhold's life: inspired by Stanislavsky's talent, he left the law department and attended the Theater and Musical School of the Moscow Philharmonic Society.

His tutor, the theater director Vladimir Nemirovich-Danchenko, appreciated Meyerhold’s talent, erudition, and energy. When Nemirovich-Danchenko decided to found a new theater together with Stanislavsky, Meyerhold was among the first students who were invited to join the troupe. Meyerhold accepted the invitation, and in 1898 after graduating joined the newly formed Moscow Art Theater.

The newly created theater was headed by Nemirovich-Danchenko and Konstantin Stanislavsky. In those days, Stanislavsky was working on his acting system based on deep character study and realistic acting, which nowadays is world famous.

Meyerhold had been Stanislavsky’s apprentice until 1902. That year, after playing twenty parts on Moscow Art Theater's stage, Meyerhold announced his rejection of Stanislavsky’s methods, left the troupe and turned from acting to directing. Together with Aleksandr Kosheverov, another actor who left with him, Meyerhold organized The New Drama Fellowship in the city of Herson, Ukraine. His first performances resembled those of MAT, but soon he started experimenting, looking for a new theater style and a new expressive means. Nemirovich-Danchenko called Meyerhold's ideas "the muddle, created by a man who discovers several new truths, pushing another one every day", or also "nonsense", “hell knows what” and "scrambled eggs with onion". 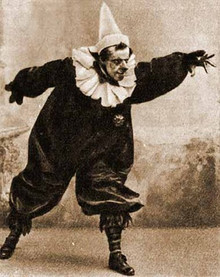 As opposed to Stanislavsky, Meyerhold was usually indifferent to the psychological side of acting, but he was fascinated by its visual side. He made the actors work on body movements, not on character study, and assured them that “buffoonery and clowning are necessary for an actor, and the simplest simplicity should include the elements of the clown”. His performances resembled marionette theater shows. The suburban Herson did not appreciate Meyerhold's innovations, and The New Drama Fellowship had to go on tour as often as possible. The troupe had earned a certain reputation.

If Everyone Scolds Him

In 1905, Stanislavsky, who heard about Meyerhold’s success, invited him back to Moscow to head a theater Stanislavsky was going to open and to continue experimenting. Meyerhold accepted the offer, arrived, and staged three plays: The Death of Tentagiles by Maurice Maeterlinck, Love's Comedy by Henrik Ibsen and Schluck and Jau by Gerhart Hauptmann. Unfortunately for him, Stanislavsky found Meyerhold’s experiments too radical and bizarre. He cancelled the studio, and Meyerhold spent all his money to pay to the actors and returned to Herson.

In 1906, the famous actress Vera Komissarzhevskaya called Meyerhold to St. Petersburg to work as a director in her theater. Meyerhold staged 13 plays within its walls, and the reaction to his performances had never been unambiguous: usually half of the audience was whistling, while the other half was applauding.

Being an actress, Komissarzhevskaya did not appreciate Meyerhold's way of directing. In his performances, actors worked as marionettes in his hands, nothing more. When the season was over, she fired Meyerhold. He had to return to touring with the actors from The New Drama Fellowship.

In 1908, the director of the Imperial Theater, Vladimir Telyakovsky, suddenly offered Meyerhold a position in the conservative and respectable Alexandrinsky Theater. As he said in an interview, “I thought: Meyerhold has to be an interesting person, if everyone scolds him.”

Meyerhold dedicated nearly ten years of his life to the Alexandrinsky Theater. He abandoned symbolism and turned to ancient theater and folk theater traditions. Among his most significant performances was Molière’s Don Juan, staged to resemble a show from the era of Louis the 14th. In 1914, he opened a theater studio where he worked on dell'arte comedies. His last premiere on the night of the October Revolution was The Masquarade by Mikhail Lermontov.

Meyerhold was deeply inspired by the revolution and several weeks after the Bolsheviks came to power arrived at the Bolshevik headquarters in Smolny, and declared he was ready to cooperate with the new government. He joined the Communist party, headed the theater department of the People’s Education Commissariat and, among other things, launched a press attack against Stanislavsky and Nemirovich-Danchenko, and their views.

Meyerhold's ideas were becoming more and more radical. He kept experimenting: he wanted to abolish the profession of an actor and to let the common people to participate in plays, he wanted to give free theater tickets to workers and peasants, he wanted to change all the names of the USSR theaters to the abbreviation “RSFSR”: “RSFSR-1” ("Russian Soviet Federated Socialistic Republic 1”), and “RSFSR-2”, and so on. In a year, The People’s Commissar of Culture removed him from the department. 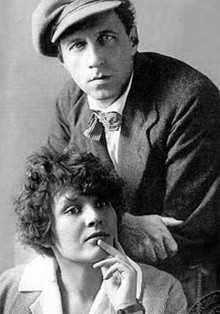 In 1920, Meyerhold founded a theater named "RSFSR-1" to use as his own laboratory. This theater changed names many times, until in 1926 it finally became the State Meyerhold Theater. To work there, the actors had to study “biomechanics”, Meyerhold’s new acting system based on body movements. Meyerhold considered that the art of acting is the art of moving, and that to understand the character the actor has to begin with his mobility. Poses and gestures, according to Meyerhold, represented thoughts and feelings more clearly than words.

The main female parts in Meyerhold’s theater were usually played by his second wife, Zinaida Reich. They had met in 1921, and married almost immediately. She had been a secretary, but Meyerhold introduced her to acting and turned her into a great actress.

Clouds began to gather over Meyerhold’s head in 1936, when Stalin began to look for “people in art conspiracy". The Pravda newspaper published a sardonic article about Shostakovich’s opera Lady Macbeth of Mtsenk. It was called Mess Instead of Music. According to the article, the opera suffered from a lack of realism, from pretentiousness, and contained all the worst features of “meyerholdovshina” (or, bearing resemblance to the art of Meyerhold). This made-up word soon became insulting.

In these times Meyerhold attempted to stage a new play, but did not succeed. The next failure of the same kind led to more serious consequences: at this time Meyerhold did not manage to stage a performance which was to coincide with the 20th anniversary of the Revolution. Meyerhold was accused of libel against the Communist Party. In 1938, his theater was closed. At the last performance, the hall was full and the audience chanted Meyerhold’s surname as a curtain call. 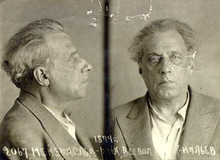 Stanislavsky, his teacher and his rival, wanted to help him and invited him to work at the State Opera Theater. Several months later, Stanislavsky died. Meyerhold continued to work at the theater, but it was obvious, that nothing could save him from the state anymore.

His last triumph took place on June 13-15, in 1939, at the All-USSR Director Conference. His speeches were met with thunderous ovations. Four days later, the NKVD, the predecessor of KGB arrested him late at night. After a day of torture, Meyerhold signed all the documents his executioners wanted him to, confessing to spying for the British, the Japanese, and stated he was an opponent of the Soviet regime and Soviet art.

On February 2, 1940, Meyerhold was executed. He was buried in Donskoye cemetery in Moscow, in a mass grave.