“Although I never worked with Mikhail, his “To the Actor” was and is my bible as an actor. I honor any effort to keep alive the teachings of that great man.” - Richard Kiley

Mikhail Chekhov was widely recognized as one of the greatest actors of the 20th century. He was considered by Stanislavsky to be his most brilliant student. Indeed, Stanislavsky once said that if anyone wanted to know what he was teaching, they should go and see what Mikhail Chekhov was doing. Chekhov brought a unique technique of acting to Hollywood. With his system, the Moscow Art Theater’s most remarkable star turned Stanislavsky’s acting theory on its head and empowered the legendary Hollywood stars of the 40s, 50s and beyond to create their most memorable work on stage and in film. The list of noted artists inspired by Chekhov’s coaching is astonishing: Ingrid Bergman, Gary Cooper, Clint Eastwood, Marilyn Monroe, Paul Newman, Jack Nicholson and many others.

Mikhail Chekhov was born in St. Petersburg. His mother Natalya Golden was Jewish, and his father Aleksandr Chekhov was a brother of the remarkable writer Anton Chekhov, who wrote of his nephew in 1895, “I believe that he has a growing talent.” Checkhov studied classical drama and comedy at the Suvorin Theater School and graduated with honors. In St. Petersburg, he met Stanislavsky, who invited him to join the Moscow Art Theater. Later Stanislavsky wrote that Mikhail was a genius.

Chekhov had a great talent for characterization and was a keen observer of the creative process. At the Moscow Art Theater, the collaboration between Stanislavsky, Vachtangov, Meyerhold and Mikhail Chekhov led to a theater that was bold, expressive and imaginative. In their work they searched for objective principles that would lead to inspired acting. This investigation led Mikhail Chekhov to develop his psycho-physical acting technique, incorporating imagination and body as well as intellect.

Chekhov’s film career began in 1913 with a role in “Tercentenary of the Romanov Dynasty,” followed by five more roles in Russian silent films. During the Russian Revolution of 1917 his beloved first wife, Olga Chekhova, divorced him and he suffered from depression and alcoholism for the rest of his life. He led the second Moscow Art Theater in 1922-1928. He updated Stanislavsky's acting method, combining it with yoga, theosophy, psychology and physiology and with his own ideas on the transformation of the actor's consciousness, psychological gestures, and techniques of movement for entering a special state of subconscious creativity. His idea of using the actor's own intuition and creative imagination was a departure from his teacher's method.

Chekhov emigrated from Russia in 1928 and soon earned success in German films, co-starring with his ex-wife Olga Chekhova, who lived in Germany with her second husband. Chekhov left Russia at the height of his acting and directing career. His productions were too experimental for the Soviets and were labeled “alien and reactionary.” He then spent eight years in Europe, acting, directing, and teaching, but was greatly handicapped by the language barrier, politics and the threat of war. In 1936, Beatrice Straight invited him to establish the Chekhov Theater Studio, a training program for a company of actors at Dartington Hall in England. 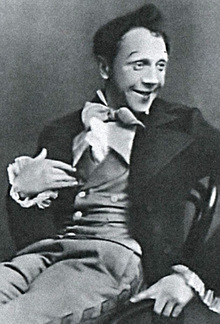 He taught acting in France, Austria, Latvia, Lithuania and the UK before WWII. In 1939, the threat of war with Germany caused the group to relocate to Ridgefield, Connecticut until it was forced to disband because it lost its male members to the draft. In 1942 Chekhov was invited to Hollywood, where he became an acting coach to the stars while continuing to act in many films. Chekhov published his book “To the Actor” containing his acting method. He taught a group of talented actors called “The Drama Society.” In 1942 he was introduced to Hollywood again by Rachmaninov.

In 1945 he played his best film role, the psychiatrist Bryulov in Alfred Hitchcock’s “Spellbound.” He was nominated for an Oscar for this role and became a member of the American Film Academy in 1946.

Mikhail Chekhov died in Beverly Hills in 1955 and was buried at the Forest Lawn Cemetery in Los Angeles.

Chekhov's description of his acting technique, “On the Technique of Acting,” was written in 1942 but published only in 1991, with additions by the 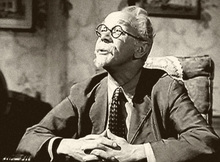 Chekhov Estate executor Mala Powers. An abridged version appeared under the title “To the Actor,” which was published in 1953 and reissued in 2002 with an additional foreword by Simon Callow and additional Russian material translated and commented on by Andrey Malaev-Babel. The English translation of his autobiography “The Path of the Actor” was edited by Andrey Kirillov and Bella Merlin, and was published by Routledge in 2005, marking the 50th anniversary of his death. Some of Chekhov's lectures are available on CD under the title “On Theater and the Art of Acting.”

The documentary “From Russia to Hollywood: the 100 Year Odyssey of Chekhov and Shdanoff” profiles Chekhov and his fellow Russian associate George Shdanoff; released in 1998, it is narrated by Gregory Peck, who starred in “Spellbound.”