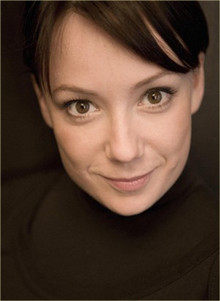 Chulpan Khamatova is a Russian movie and theater actress and a founder of the Podari Zhizn (Give Life) charity foundation.

Khamatova was born in Kazan, capital of the Russian republic of Tatarstan. Both her parents were engineers, and as a child Khamatova was sure she would become one too. She loved theater, but never talked about becoming an actress and seemed too shy for the profession.

In the eighth grade, Khamatova changed schools and went to the physico-mathematical gymnasium at Kazan State University. She got the best grades in the school graduation exams, and was accepted to the Kazan State Institute of Economics and Finance without sitting any entrance tests. In spite of this, instead of going step by step to earning a fancy degree in science, Khamatova applied to the Kazan Theater School.

The teachers noticed and appreciated her talent. After she finished her first year, they recommended she go to Moscow and to try entering the State Theater University. Khamatova took their advice and was accepted. Her parents were glad for her, but at the same time upset: Chulpan left to live and study in the capital. Later, Chulpan’s mother admitted that during the entrance exams she had prayed for her daughter not to be accepted.

As a student, Khamatova dreamed about a career as a movie actress. She auditioned as often as possible, but could not get a part. One director even told her that she had unexpressive eyes and to quit acting because of this. 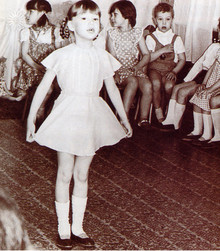 Khamatova did not give up. In her third year, she decided to try for a part in the movie Vremya Tantsora (Time of the Dancer), directed by Vadim Abdarashidov. The character she wanted to play, Katya, was a nurse who saved an injured soldier from the battlefield and fell in love with him, and she was much older than Khamatova.

In the attempt to hide the age, Khamatova wore her mother’s high-heeled boots and put on heavy make-up. Katya was to have rather dark skin, so, in addition, Khamatova covered her hands and face with spray tan. She was not used to walking in high heels, so she fell several times on her way and entered the audition room nervously laughing and, at the same time, nearly crying from despair.

Khamatova got the part. The movie was released in 1997 and the critics called her “a rising movie star.” Same year, Khamatova married fellow student Ivan Volkov. Their parents were shocked by this news, but rather soon grew to like their respective children-in-law.

After graduation, Khamatova was invited to work in the famous Sovremennik Theater in Moscow. The first significant role she played on the Sovremennik stage was Patricia in a play based on Remarque’s Three Comrades.

In 1998, Khamatova starred in the film Strana Glukhikh (Land of the Deaf). She played the main character, a young girl named Rita whose boyfriend gambled away a large sum of money and ran off. To save her life, Rita has to hide from the mafia, and a deaf dancer woman unexpectedly helps her do this. Khamatova learned sign language for the role.

It was not the last time she had to learn a new language for a new role. After Strana Gluhih, Khamatova played in two German movies in a row: the eccentric comedy Tuvalu by Veit Helmer and a drama about the Chernobyl catastrophe England! by Achim von Borries.

In 2002, Khamatova gave birth to a girl, Arina. A year later, she and Ivan divorced. It took time for their friends and relatives to get used to their break up. The reasons for the divorce were never openly voiced and remain unpublicized, but same year Khamatova had her second daughter, Asya, with another man, ballet dancer Aleksey Dubinin. 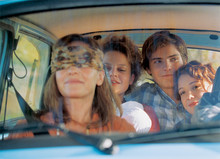 In the early 2000s, Khamatova took parts in two Russian movies, but then considered none of the Russian projects interesting enough for her and returned to working with German directors. One of the most famous results of her choice is her part in the tragicomedy Good Bye, Lenin! directed by Wolfgang Becker. This movie tells the story about the fall of the Berlin Wall and its meaning for ordinary Germans.

Only in 2004 did Khamatova return to the Russian movie industry, starring in the movie 72 metra (72 meters), a drama by Vladimir Khotinenko, and Deti Arbata (The Children of Arbat) series, which depicts Soviet life in the 1930s. At the same time, she did not abandon her theater career, and kept performing with the Sovremennik.

By 2012, Khamatova’s filmography consisted of 45 movies. In spite of this, Khamatova admits she prefers theater over cinema and considers herself “a bad movie actress”. "I don’t feel this kind of art," she said. 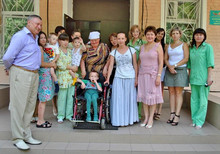 In 2006, Khamatova, with fellow actress Dina Korzun, organized a charity concert, helping the hematological center raise US$200,000 for essential equipment. Deeply impressed by this experience, Khamatova and Korzun held several other charity events, and then created the charity foundation Podari Zhizn to assist children suffering from cancer.

"It was enough for me to look into the eyes of those kids and their parents to understand that I had to do something”, said Khamatova in an interview. Podari Zhizn is renowned as one of the most reliable and trustworthy charitable foundations in Russia.

In February 2012, Khamatova took part in Vladimir Putin's election campaign: she appeared in a video telling the audience she would vote for Putin. Her voice in the video is trembling and she looks rather sad. That’s why Putin’s opponents consider Khamatova the victim of a cynical government blackmail operation, claiming she only spoke in Putin’s favor to save Podari Zhizn from being closed by the authorities.

In an interview with the BBC given soon after the video was shown on TV, Khamatova said that it was important to organize priorities, that the hematological center which cooperated with Podari Zhizn could not work without government support, and that she “had not been tortured with a hot iron” to appear in the video. It was her only comment about this situation.

On March 12, 2012, Khamatova received the honorary title of People's Artist of Russia.