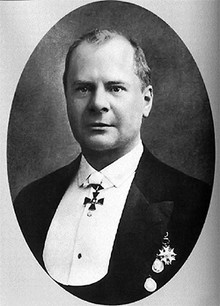 The first thing which pops into the mind of every Muscovite when Yeliseev’s name is mentioned is the opulent grocery store in Moscow, a cousin of Harrods’ food halls. Yeliseevsky “Gastronom” (Russian for a ‘grocery store’) was built in 1903 as a complex which apart from a food store also included a theatre and a restaurant. Russia’s most famous food shop was constructed by the architect Baranovsky on Russia’s most famous street, Tverskaya. Wealthy merchant Grigory Yeliseev wanted exclusively "colonial goods" on the shelves of his store - exotic food, fruit and exquisite wine. The concept hasn’t changed ever since. Even in Soviet times of nationwide shortages, when every food was becoming ‘exotic’, “Yeliseevsky” remained THE store, where every delicacy imaginable could be found. It was just a matter of LSD.

Grigory Yeliseev, the most famous and prominent of the two merchant-brothers, inherited the name and money from his father, as well as a love for exquisite food, but he managed to build an entire empire which outperformed that of his father tenfold.

Pyotr Yeliseev, the founder of the dynasty, was born in Yaroslavl Province and was a mere bondsman, working and living on the estate of a wealthy count. Once, in winter, while the landlord was hosting a dinner party with dozens of prominent guests, the peasant Pyotr surprised them by serving up top quality homegrown strawberries. The guests were taken aback. Outside it was freezing cold with temperatures below 30 degrees Celcius and they were eating fresh honey-sweet berries. The count was so deeply touched by his gardener's talents that he asked him “What would you like in return?” The peasant answered immediately: “Freedom!” The landlord released him and gave him money for his own enterprise. The count was later sorry for his immediate gesture of goodwill, as he never found a decent gardener to replace Pyotr. 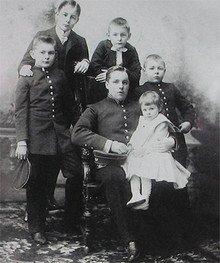 With a small bag over his shoulder, in 1813 Pyotr Yeliseev reached St.Petersburg and opened a tiny food shop which sold colonial goods. Apart from his gardening skills, Pyotr turned out to be a savvy enterpreneur. His business sky-rocketed and within ten years Yeliseev owned a huge store in the most prestigious region of St. Petersburg. In 1825 the founder of what grew into a legendary brand all across Europe died. Three of his sons took up the business.

Cornering the market in grapes

Grigory Eliseev, the most outstanding of the three brothers, remained devoted to his father's business all his life. Unlike his father, who was illiterate and, instead of a signature, sealed all his business papers with a cross and a fingerprint, Grigory received a good education. He spoke several European languagues fluently, travelled a lot and gave generously to charity.

The Yeliseev Brothers’ trading house grew so rapidly that soon the company acquired their own fleet and sent agents to the world's largest ports. To store immense quantities of goods, the company built warehouses in Spain, France and Madeira. In St. Petersburg alone the Yeliseevs had underground storerooms covering a total area of seven square kilometers! One can guess at the company's turnover by the fact that in the period from 1858 to 1877 it bought up all the grape harvests of all European vineyards! The management of the company was organized so smoothly that the Yeliseevs' accounting books to this very day be reference books to any modern book-keeper.

The suppliers of His Imperial Majesty

In 1874 merchants of the first guild – the Yeliseevs – were granted an exclusive right to print the state emblem on their label tags. At that time it was a sign of the highest quality and the highest price as well. Apart from trading delicacies and wine, the Yeliseevs bought the Novaya Bavaria brewery, which produced over a dozen types of beer and lagers. The Yeliseevs won the hearts of Russians, who have always been known for their love of drinking. In a short while the Yeliseevs controlled a third of the market.

A Russian with a Legion of Honour in his buttonhole

Grigory Yeliseev was running the business all on his own from 1896, after a quarrel with his brother, who preferred business to politics. At that point the company had some 64 million rubles in its account. It was enough to provide Russian fleet with a third of its cruisers – the most expensive vessels. Soon after Grigory moved his head office to Moscow he opened the legendary grocery store on the Tverskaya Street along with a restaurant and a theatre. Here's how a writer-biographer of the time described him: “A tall slender blond hosted the guests, spick and span with a Legion of Honour in his buttonhole and one of Russia's highest orders round his neck.” Grigory Yeliseev received the Legion of Honour for his home-produced wines, which French sommeliers couldn't help but fall in love with.

Grigory Yeliseev even considered exporting his brand overseas to the United States of America. But this never happened. The Bolshevik revolution changed his plans, as it did the attitude of many people to his company's “bourgeois” produce. Grigory's son refused to continue his father's business and became a doctor. Grigory Yeliseev emigrated to France after the start of the First World War.

Most of his ancestors who stayed in Russia met tragic ends - either getting shot or ending up in Stalin's labour camps. His only granddaughter, Anastasia, who stayed in Russia, was afraid to inherit her grandfather's millions and signed off her part of the will to the Soviet authorities.

Grigory Yeliseev managed to transfer money from his bank accounts to Europe before he emigrated to France and lived well until his death in 1942 (in 1949 according to other documents).

Boris Berezovsky Boris Berezovsky is a well-known businessman and media tycoon, whose name emerges in connection with almost every notable event in Russia’s modern history.

Sergey Brin Sergey Brin is a Soviet-born American entrepreneur. He is a web-developer, a co-founder of Google and a billionaire.