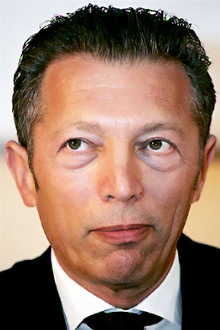 Jewish billionaire Arkady Gaidamak is better known in France and Israel - the two countries where he spent most of his life - than in Russia, his country of birth. He was forced to leave both countries following criminal proceedings connected with his business dealings, and became a Russian citizen again in 2009. He is also known as a philanthropist and an active member of the Russian Jewish community.

Arkady Aleksandrovich Gaidamak was born in either Moscow or a Ukrainian town (accounts differ) on 8 April 1952, in what was then the Soviet Union. During what is known as the third wave of emigration from the USSR, Soviet citizens with Jewish roots were allowed to leave the country to immigrate to Israel. Gaidamak succeeded in leaving the USSR under the initiative in 1982. When he was twenty years old, he traveled to Israel. He traded in his Soviet Union passport for an Israeli one, and was not to return to live in Russia again until 2009.

In Israel Gaidamak worked on a collective farm, known as kibbutz, for six months, but he did not intend to stay for long in the country. He became a sailor, boarded an oil tanker, and disembarked when the ship docked in Marseille, France, and from there, with the help of some French soldiers he met along the way, he made his way to Paris. He studied in a technical college in Paris to further his education, while working as a painter-decorator.

Arkady’s French language skills improved and he set up a translation bureau. The business grew quickly and it allowed the young entrepreneur to make contacts with Soviet businessmen who traveled to Paris and employed him as an interpreter. In time, branches were opened in other cities and in Canada.

The success of the translation business gave Gaidamak the funds he needed to begin trading in raw materials from the USSR. He bought metals, oil and coal in the Soviet Union and sold them in Europe. He did this through intermediaries, without returning himself to Russia. The trading company was soon making seven-figure profits.

In 1995 Gaidamak negotiated the release of two French pilots who were being held prisoner in Bosnia during the Civil War. He was decorated with an Order of the Legion of Honor by the French president for the achievement.

The trading business brought Gaidamak to Angola, where he became embroiled in a political scandal known in France as “Angolagate.” As an advisor to the Angolan government, he was instrumental in organizing the cancellation of Angola’s debt to Russia – a deal that, allegedly, was connected with the trade of weapons on a large scale. Gaidamak and a French-Canadian businessman, Pierre Falcone, ran a Czech-based company that traded in military armaments at the time. Court rulings in France in the late 2000s found that Falcone and Gaidamak, with the help of a number of high-level French politicians and multinational companies, were responsible for selling up to US $790 million dollars worth of French and Soviet weapons, including mines, to Angola in the early 1990s. The country, whose president was then Jose Eduardo dos Santos, was in the grip of a bloody civil war which left half a million people dead.

When the court process began in 2000, Gaidamak left France and moved to Israel. In 2009 he was sentenced in absentia for his role in the “Angolagate” affair, though he denies the charges. 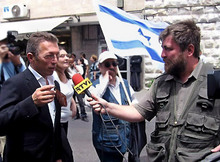 To establish himself in Israel, Gaidamak did what billionaires do best – he spent a colossal amount of money. He became a household name in Israel by acquiring top sports clubs, making large charity donations and hosting lavish parties for the country’s elite.

His first foray into big-name sports patronage was a sponsorship deal with the Israeli Hapoel Jerusalem basketball team. Later in 2005 he bought the Beitar Jerusalem football team. In what was labeled a “diplomatic gesture” he then donated US $400,000 to rival team Bnei Sakhnin. Beitar Jerusalem, with Arkady at the helm, had a considerable budget, and the club signed several star players. Luis Fernández became the club’s manager in 2005.

The tycoon heavily sponsored various Jewish charitable organizations. He famously paid for a 10-day holiday for residents of Sderot, an Israeli settlement close to the Gaza Strip, which is a frequent target of Qassam rocket attacks from the Palestinian side. Gaidamak supported residents financially. One resident, quoted in the Jerusalem Post, described life in the settlement: “During the tough periods I simply leave my house and return when things have calmed down. I can do this, but others are forced to stay here or live off Gaidamak.”

Sports and philanthropy aside, Gaidamak has not been candid about the contents of his business portfolio – what is publicly known is largely the result of press leaks. However while in Israel he openly attempted to market himself as “Israel’s favorite Russian Jew,” aiming to raise his profile among Russian investors to the country and possible business partners.

Gaidamak formed a right-wing political movement in Israel called Social Justice. He unsuccessfully stood for Mayor of Jerusalem, winning only 3.6% of votes. After the crushing defeat he pulled out of a number of charitable and political projects.

Financial scandals in Israel, beginning with an allegation of money laundering through a Tel Aviv branch of Bank Hapoalim, scampered Gaidamak’s attempt to establish himself in Israel. He applied for a Russian passport – having given up his USSR passport when he left the country – and moved to Moscow, where he is protected from extradition to either France or Israel by the Russian constitution.

Gaidamak’s media holding, United Media, controls newspapers and radio channels in a number of countries. He unsuccessfully attempted a takeover of troubled daily newspaper France Soir at the peak of the “Angolagate” court case. In Russia, the company owns the Moscow News – a newspaper that has existed since Soviet times – as well as the business newspaper Business and Financial Markets, radio stations Business FM and Kino FM, and various financial magazines. The businessman has controlling interests in several African companies, especially in the areas of minerals and metals.

Gaidamak is reportedly a passport holder of France, Israel, Canada, Angola and Russia. He has a son and two daughters. His son Alexandre is the owner of British football club Portsmouth.

Sergey Brin Sergey Brin is a Soviet-born American entrepreneur. He is a web-developer, a co-founder of Google and a billionaire.