Of Russian origin: Slavophiles and Zapadniki 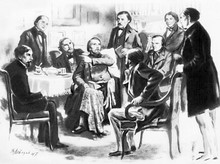 The Slavophiles and Zapadniki were two contrasting Russian philosophical camps that took shape in the early 19th century. Fierce debate raged between the two sides as each addressed a very important question; what path should the nation of Russia take in its development, and what was its place in world history? With Russia at a crossroads, and facing the industrially developed Europe on one side, and the rural and vast expanses of the Russian countryside on the other, philosophers living in the cities of Moscow and St. Petersburg fervently debated what Russia’s place should be among the countries of the world. The Slavophiles advocated against western influences and values at the expense of what they considered to be the unique cultural heritage of Russia. The Zapadniki (or westernizers), contrastingly, felt that Russia was lagging desperately behind the west in terms of advancement and industrialization; they felt that Russia had to industrialize and accept western cultural values in order to move itself closer to Europe and secure its footing on the global stage. The debate continued to develop over the course of the 19th and even 20th centuries. Today, with the collapse of the Soviet Union in 1991, the debate has gathered new interest as a new Russia once again searches for its identity in relationship to its neighbors in an ever changing world. 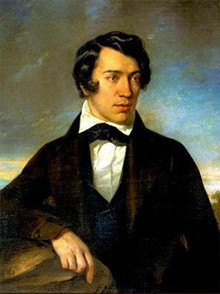 The Slavophile ideology began to take shape in the early 19th century. The beginning of the movement has been attributed to the Russian religious poet Aleksey Khomyakov (1804-1860) and Russian literary critic Ivan Kireyevsky (1806-1856). It is difficult to definitively outline all of the ideas that Slavophilism encompassed; just like the political parties of today, a broad spectrum of opinion can be found among individuals who all belong to a similar movement. Some of them felt that democracy was an intrinsic part of Russian culture, while many favored the rule of the autocratic Tsar, feeling that democracy was a western influence that should be avoided.  There were, however, some beliefs that united most of the followers of the Slavophile philosophy.  These were the rejection of western influences, the superiority of the Eastern Orthodox Church over the state, and the doctrine of “Sobornost” (roughly translatable into English as “togetherness”) as a means for the communities and people of the world to reject individualism and cooperate together for the sake of the greater good.  They also rejected the westernizing efforts and reforms of Peter the Great.

It is important to note that “Sobornost”, while perhaps sounding similar to socialism or communism on the surface, was in fact a completely different concept.  Socialism was rejected by the Slavophiles as a western idea, the success of which required industrialization and the rejection of the church in order to succeed.  Since the Slavophiles were opposed to industrialization and viewed the Eastern Orthodox Church as the one true form of Christianity left, socialism was decidedly opposed.  Slavophiles viewed the Eastern Orthodox Church as integral to world peace.  The Slavophiles felt that “Sobornost” needed to be achieved on a worldwide scale, with all nations of the world coming together rejecting individualism in favor of the ultimate, holy good.  In order for this to be achieved, a mediator nation was necessary to unite 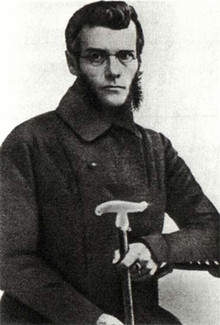 all the others, and the Slavophiles believed that Russia was that nation because of its geographical position as a bridge between the cultures of Europe and Asia.  Since “sobornost” was an almost religious concept, and it was Russia’s unique destiny to unite the countries of the world in a higher good through the Eastern Orthodox Church, the importance of religion in the Slavophile doctrine cannot be underestimated.

While the majority of Slavophiles were in favor of the Tsar, against political participation, and religious in nature, they also rejected the institutions of serfdom and capital punishment as western influences foreign to Russian culture, while also supporting total freedom of speech and the press.  Famous later philosophers who partly subscribed to Slavophilism included Vladimir Solovyov and Nikolai Berdyaev.

Eventually, a later form of Slavophilism developed, called “Pochvennichestvo”, its adherents including such literary greats as Fyodor Dostoevsky.  “Pochvennichestvo” (or roughly translated into English as “a return to the soil”) differed from pure Slavophilism in its acceptance of the benefits of Peter the Great and Catherine the Greats reforms, but maintained the pursuit of a pure Russian identity closely bound with humility in the face in the Russian Eastern Orthodox Church. 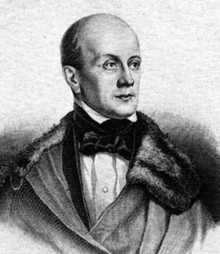 The Zapadniki (or westernizers) took the opposite view of the Slavophiles.  Also a broad and diverse group of thinkers, they believed that in order for Russia to succeed and take its rightful place on the world stage, it needed to adopt western industrial, cultural, and economic reforms.  The Zapadniki embraced the reforms of Peter the Great and Catherine the Great, and were eager for more drastic reforms to be taken.  Famous Zapadniki included the philosophers Pyotr Chaadayev and Aleksandr Herzen.

The Westernizers were firm in their belief that Russia was not a unique country with a unique destiny the way the Slavophiles believed.  On the contrary, they believed that all countries had to develop along a similar path to the European one, and that Russia lagged severely behind the other countries of the world.

The debate between the two sides continued to develop throughout the 20th century and continues to be applicable to the political environment of contemporary Russia.  Modern-day westernizers trumpeted the fall of the Soviet Union to be the ultimate confirmation of their philosophy.  However, as Russia continues to develop its new identity on the world stage, it is impossible to ignore certain elements that bear a resemblance to the Slavophile doctrines, such as the belief that Russia’s destiny is unique among the nations of the world and the resurgence of the Eastern Orthodox Church.  Only time will tell if Russia’s nearly two-hundred year old debate will find a resolution at any point in the future.