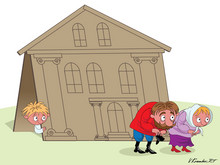 Those are the fake settlements allegedly erected by the Russian Minister Grigory Potemkin to impress the Empress Catherine II during her visit to the Crimea in 1787.

Something that appears impressive but in reality lacks substance

In 1787 Empress Catherine II announced her intention to visit the Crimean Peninsula, which had been annexed from the Ottoman Empire four years earlier. According to “eyewitnesses,” this is where the events took place.

Catherine’s journey brought her through the vast steppes located along the Dnieper River. As legend has it, Potemkin, in an effort to impress the Empress with the work he had done in the south of Russia (which for many years had been a desolate area ravaged by constant conflict), allegedly constructed fake villages along the route of the Empress and her foreign guests.

He then ordered peasants to stand along the side of the road with happy smiles. To make his “villages” more authentic he even had herds of cattle move along the road. Each time Catherine saw the cows she did not realize they were the same ones she had seen the day before.

The truthfulness of this story has been the subject of much debate. To make conclusions it is necessary to take a look at Potemkin’s background.

The man close to the Empress

Grigory Potemkin was born in 1739 in a village in central Russia into a family of noblemen. At the age of 18 he entered the Moscow State University and made the list of the 12 best students. Later, however, he was expelled for truancy. He then served in a regiment in St. Petersburg and in June 1762, as luck would have it, he became involved in the coup against Russian Emperor Peter III which brought Catherine the Great to the Russian throne. It is not known exactly what Grigory Potemkin did on that day but he was immediately promoted and given 400 peasants – a gift from Catherine herself. 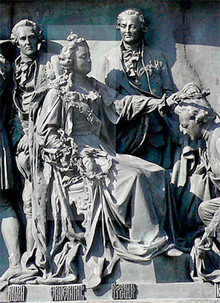 There were many stories about his passionate love for the Empress. When he was first introduced to her, she was apparently thrilled by his ability to imitate people. When Potemkin left for the war with the Ottoman Empire, Catherine sent him many intimate letters in which she asked him to take great care of his life and not risk it unnecessarily.

In 1772 Potemkin was promoted to the rank of the General and became a member of the State Council - the Empress’s main advisory body. The St. Petersburg nobility named him “the most influential person in Russia.” According to one rumor, Potemkin even had conversations with the Empress in his nightgown (many gossipers said it was the only thing he had on). In 1775 he was given the title of Count and became the Governor of one of the southern provinces.

For some reason, during this period, Catherine’s attitude towards him cooled as she turned to other favorites. The relationship, however, continued to be friendly. For 10 years Potemkin reformed the Russian south. He took great care of the infrastructure of these territories – upon his order many factories, enterprises and educational institutions were erected. Potemkin prided himself on the construction of a shipbuilding center in Nikolaev and the fortress of Kherson on the Black Sea Coast. He is considered one of the founders of the Black Sea Fleet. At the time the fleet was weak but still strong enough to beat the Ottomans. Potemkin was one of the masterminds behind the invasion of the Crimean Peninsula. When Russia annexed the territory he was the one in charge of the region’s development.

Historians tend to agree on three conclusions regarding Potemkin: he truly wished to restore his friendship with Catherine to its previous status; he was a good and far-sighted manager; not everybody in the court of the Empress was happy about the restoration of relations between Potemkin and Catherine.

Modern historians are deeply divided on the degree of truth in the story behind Potemkin’s villages. Most consider the myth about fake settlements to be an exaggeration. They claim that the allegations are based on malicious rumors spread by Potemkin's opponents.

Nobody denies Potemkin’s real and significant accomplishments, which solidified his power in the region. But precisely because of this it is highly possible that he could have ordered peasants to scatter along the riverfront to greet the Empress – to help her convince the foreign dignitaries that life was going on well in the Russian Empire.

Another interesting part of this story can be found in the “revelations” of some travelers accompanying the Empress that were published 20 years after Potemkin’s death. The Swedish nobleman Johan Erenstrom recalled not only the scene of the fake villages but also cited that peasants tried to sell things to the traveling party. However, Erenstrom’s recollections are not proof for researchers, as this Swedish nobleman was known to switch sides between the Russian and Swedish imperial courts. So his “act of unfolding the truth” could have been perpetrated for political purposes. There are also memoirs of other participants of the trip that describe the legend about the villages as “a fake.” 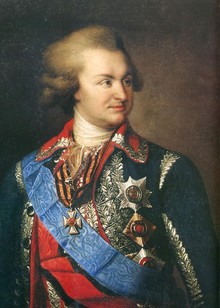 The legend lives on

Nevertheless, the concept of the fake villages is widely used in many other circumstances - especially when someone tries to surprise people with things that do not really exist. As modern history shows “Potemkin villages” have become an international phenomenon.

When the Nazis famously showed their “Paradise Ghetto” during World War II to the International Committee of the Red Cross, it was a prime example of a Potemkin village: the façade was attractive but the treatment of the prisoners was far from humane, with extremely high death rates from lack of food and contagious diseases. In fact, for many inmates it became a stopover on the way to the Auschwitz concentration camp.

Another example of a Potemkin village can be found today in North Korea. Several kilometers north of the demilitarized zone there is an ideal rural area, created to impress people with the “successes of socialist construction in the country.”

During the US Congressional debates on a new jobs package in December 2009 one congressman called the proposal a Potemkin village. He was sure that this piece of legislation would never turn into law because it “would never see the light of day in the Senate.” The concept of a Potemkin village was also used by many journalists to show that the plan of the US administration on the reduction of carbon emissions might never work. 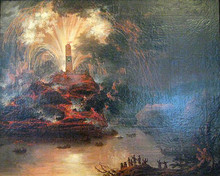 Unknown painter. Fireworks during visit of Catherine II of Russia to Crimea.

In the USSR organizers of tours for foreign citizens carefully selected the sites to be visited. The best schools, factories and hotels were portrayed as typical and the routes were impossible to change due to strict limits for foreign travelers.

In the 1970s and 1980s - when regional Communist Party leaders hosted their “bosses” from Moscow – they showed them huge amounts of cattle inside modern facilities in an attempt to demonstrate rapid developments in agriculture. But in many cases pigs and cows were specially brought in for the occasion from other places in order to impress the “people in high places.”

This can still occur today in Russia when lower-ranking officials try to impress their bosses. Some far-sighted regional leaders see this as a big problem. “We don’t need Potemkin villages,” said the governor of one Siberian region. “We need real action to improve the infrastructure in the region.”

Many observers and political analysts often use the term “Potemkin villages” when somebody does something to try and change the mindset of the “bosses” at various levels – and this holds true in Russia as well as many other countries around the world.