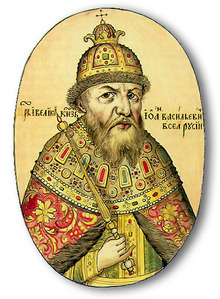 A cunning and cruel politician, Ivan Kalita greatly contributed to the development and enforcement of the Moscow principality, which became the central point of integration for the Rus lands, enabling them to become one country.

Ivan Kalita is a key figure in Russian history. His political activity was greatly predetermined by events that took place in the 13th century.

The Vladimir-Suzdal principality succeeded Kievan Rus as the most powerful Rus state in the late 12th century, remaining as such until the late 14th century. After the Mongol invasion (1223 - 1240) it rapidly disintegrated into eleven tiny principalities, among them Moscow, Tver, Pereyaslavl, Rostov, Nizhny Novgorod and others.

The Mongols settled near the lower Volga River, forming a key portion of the Mongol Empire, commonly known as the Golden Horde. The surviving princes of the Rurik Dynasty made their way to the Horde to pay homage to the Mongol Khan. They all nominally acknowledged the sovereignty of the Grand Prince of Vladimir, who was appointed by the Great Khan of the Golden Horde. By the end of the century, only three cities - Moscow, Tver and Nizhny Novgorod - still contended for the Grand Prince title. Ivan Kalita proved himself to be one of the most successful princes in this fight.

Ivan Kalita was the second son of Prince Daniil of Moscow, who is known for developing and increasing the political influence of the Moscow principality. In 1296 – 1297, when Ivan was approximately 8 years old, Prince Daniil put him in charge of Novgorod. 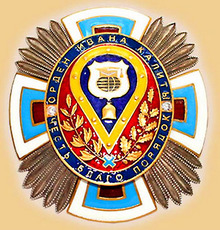 After Daniil’s death, Ivan Kalita’s older brother Yury took power into his hands. In 1319 Yury received a letter from the Great Khan, giving him permission to become the Grand Prince of Vladimir. Ivan got a chance to take control of Moscow, though only unofficially for the time being. This marked the beginning of Kalita’s appearance in the historical arena. During the eighteen years of his rule Moscow increased its power and rose above other Russian towns.

The main secret of Ivan Kalita’s success was his ability to get on with the Great Khan. He frequently visited the Golden Horde and won the Uzbek Khan’s favor and trust. While the other Russian lands were suffering from Tatar incursions, Moscow remained peaceful and was even developing.

In 1321 Yury, who was still the Grand Prince of Vladimir, didn’t deliver his gathered tribute to the Golden Horde, but instead used it to draw interest. Yury’s disobedience angered the Uzbek Khan, who ordered him to come to the capital of the Golden Horde. Ivan Kalita, who at that moment was in the capital himself, let it be known that he was not involved in the business of his brother. 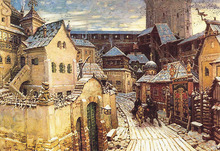 After Yury was killed by his rival, Dmitry of Tver, in 1325, Ivan Kalita officially became the Moscow Prince, approved by the Great Khan. After the infuriated Uzbek Khan executed Dmitry for such arbitrary behavior, the title of the Grand Prince of Vladimir was given to Dmitry’s brother Aleksandr of Tver. From that moment Aleksandr became Kalita’s main rival.

During the first year of his official rule, Ivan managed to move the residence of Saint Peter, the metropolitan (head) of the Russian church, from Vladimir to Moscow. Moscow immediately became the spiritual capital of Rus, which annoyed the other princes, who couldn’t change any religious rulings. In 1326 Ivan Kalita ordered the building of a cathedral in Moscow (currently the Cathedral of the Dormition), which was one of the first stone buildings in the city.

In 1327 Ivan’s rival Aleksandr of Tver took part in a popular uprising, during which one of the Great Khan’s ambassadors and his suite were killed. Having heard about the incident, the Khan became furious and summoned Ivan Kalita to the Golden Horde, where he was given the title of the Grand Prince of Vladimir and a 500-thousand strong army. According to other sources though, Kalita went to the Khan on his own initiative, hurrying to take advantage of the events that had taken place in Tver. Still, for a few years Kalita had to share his throne with Aleksandr of Suzdal.

Ivan Kalita skillfully dealt with other Rus princes, who were his main political rivals. Some of them, such as the princes of Suzdal and Ryazan, had no choice but to support Kalita, afraid of his connections with the Golden Horde. Ivan Kalita’s army, consisting of both Rus and Tatar soldiers, attacked the Tver land, which had fallen into the Khan’s disgrace. Tatars burned down the Tver towns and villages, capturing many people.

Novgorod, another important political centre in Rus, was attacked by the Tatars and Kalita’s army as well, but the city paid a ransom, giving to the Golden Horde 2000 silver grivnas (about 500 kilos of silver). Soon, in 1328, the Khan rewarded Ivan Kalita for his military campaigns and gave him one more title – the Prince of Novgorod.

In 1331 Ivan Kalita’s joint ruler, Aleksandr of Suzdal, died. Ivan went to the Khan and managed to become the single Grand Prince. While holding this throne, Kalita proved himself to be a violent and cunning ruler. He managed to win the Khan’s confidence, which, for several reasons, was greatly beneficial for the Moscow principality.

First of all, Kalita became the first Rus prince who was given the right by the Golden Horde to personally gather tributes from the Rus lands. While most of these contributions were sent to the Khan, some of them were kept by Ivan Kalita. Ivan’s prosperity was, possibly, the reason for his nickname Kalita (meaning “a bag with money”). Having gathered great wealth, he used it for the development of his principality and for purchasing more lands, villages and cities in an effort to spread his power as much as possible. 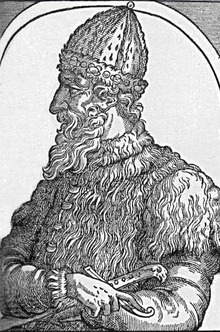 Secondly, the whole North-Eastern Rus turned into a peaceful land. It was no longer attacked by Tatars, who were now afraid of being punished by the Great Khan. The safety of the Moscow principality enabled the development of trade, agriculture and crafts in the region and attracted people from the surrounding areas.

Thanks to Ivan Kalita’s efforts, the Moscow principality soon became the centre of consolidation of the Rus lands and the leading force in the process of Russia's unification and expansion.

In 1339 Kalita decided to rebuild a wooden fortification, which had been ruined by fire, around the city; it was known as the Moscow Kremlin. He ordered the walls be made of oak. As the ruler, Ivan was greatly concerned about the internal security of his land, catching and executing robbers and thieves, which earned him a good reputation among locals.

According to another version, Ivan received his nickname because of his habit of always giving money to beggars. The historical records mention that Kalita administered justice and helped poor people and widows, which earned him yet another nickname - “Kind.” Ivan Kalita’s generosity, coexisting with his violence and cunning, make him one of the most contradictory rulers in Russian history.

In 1340, before his death, Kalita became a monk. He was married twice and had six children. His eldest son, Simeon the Proud, became the next Prince of Moscow and Grand Prince of Vladimir.