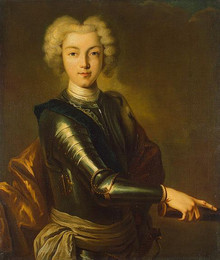 Peter II was Emperor of Russia from 1927 to 1930, the only son of Prince Alexius, grandson of Peter the Great. His death ended the male line of the Romanov dynasty.

Peter II was born in St. Petersburg on October 12, 1715. His mother died when Peter was only ten days old. His father, Prince Alexius, was accused of treason by Peter the Great, and in 1718 Alexius died in prison. Peter the Great and gave the child over to his sister Natalia – he did not care about the upbringing and education of young Peter II, because he reminded him of Alexius.

After the death of Peter the Great, Prince Menshikov replaced the boy’s teachers with Vice Chancellor Count Ostermann. The program of education Ostermann compiled included history, geography, mathematics and foreign languages. The education of the future Emperor was rather shallow, and left much to be desired. Peter himself did not display much interest in science. His favorite occupation was hunting and feasts.

In 1725, Catherine I ascended to the throne after her husband Peter the Great died. Peter II was mostly ignored during her reign (1725-1727). Before Catherine died, it became clear to those in power that Peter could not be kept from his inheritance any longer. Through the efforts of Prince Menshikov, Peter II was named successor to Catherine I. The Empress gave her consent to the betrothal of Peter II and Menshikov’s daughter Maria.

On May 18, 1727, Peter II was proclaimed sovereign autocrat of Russia, according to the last will of Catherine I. The majority of the nation and nobility supported the young emperor, as he was a direct heir to Peter the Great. Peter II showed little interest the affairs of state, and allowed his patrons to manage his affairs. 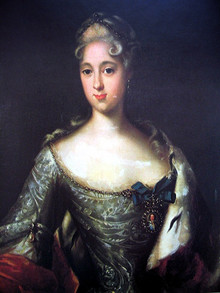 After Catherine's death and the proclamation of Peter II as emperor, Menshikov took the young autocrat into his own house, and had full control over all of his actions. Soon, however, Menshikov became sick, and his opponents took advantage of his illness. Under the influence of Ostermann and the Dolgorukovs princes, Peter – long sick of Menshikov’s wardship – stripped him of his rank and exiled him to Siberia. He also announced the dissolution of his engagement with Menshikov’s daughter.

Peter II was quick-witted, and an apparently stubborn and a wayward boy, much like his great grandfather. Despite these similarities, the emperor had no desire to learn to rule, unlike Peter the Great. His young age meant that he could not adequately manage public affairs, and he almost never appeared at the Supreme Privy Council. This led to frustration among his subjects and the royal administration – officials did not dare to assume responsibility for important decisions. The Russian fleet was abandoned, but Peter II showed no interest in the matter.

With the fall of Menshikov and related court intrigues, the Emperor’s main favorites became Prince Aleksey Dolgorukov and his son Ivan, who maintained great influence over his decisions. According to contemporaries, Ivan Dolgorukov lived a reckless and profligate lifestyle, leading Peter II to spend much time feasting, playing cards and enjoying the company of women. He soon became addicted to alcohol.

An important event in the life of Peter II was his coronation. The event took place in Moscow on January 9, 1728, with the Emperor and a huge entourage. Still, he was disengaged from the affairs 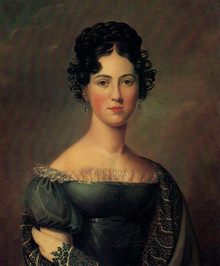 of state. Foreign witnesses proclaimed that “All of Russia is in terrible disorder ... money is not paid to anyone. God knows what will happen with finances. Everyone steals, as much as he can.” Moving the court and several other institutions from St. Petersburg to Moscow was painful for the new capital, as well as the nobility forced to move with it. Peter the Great had put much effort into developing St. Petersburg, a large and lively city at the time.

Peter II returned to St. Petersburg from time to time, but continued an aimless life full of entertainment and distraction. He gradually fell under the ultimate influence of the Dolgorukovs – Peter II became smitten with the 18-year-old beauty Catherine Dolgorukova. The family schemed to tie themselves to the imperial bloodline, and persuaded Peter to marry their relative, Ekaterina Dolgorukova. However, it soon became clear that the young monarch had no interest in his bride, perhaps due to Elizabeth, who did not like Ekaterina. The wedding went forward regardless, set to take place on January 19, 1730.

“Peter II has not reached the age when a person's personality has already shaped,” Russian historian Kostomarov wrote. “While contemporaries praised his natural intelligence and good heart, they only hoped for that good to happen in the future. However, his behavior did not give chances to hope that he would be a good ruler. He hated learning and thinking about national affairs. He was totally engrossed in amusements, and was kept under someone else's influence.” 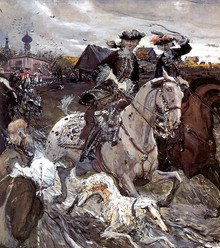 In late December of 1929, Peter II had fallen dangerously ill. His condition deteriorated sharply after the frosty Epiphany Day in January 1730, where he participated in a feast. He was then rushed into the palace, standing at the back of his sleigh. The next day, doctors diagnosed him with smallpox. The Dolgorukovs attempted to get the emperor to sign testament naming Ekaterina as his heir, but they were not allowed into the dying emperor’s quarters: Peter II was already unconscious. In his delirium, he ordered horses so that he could go see his recently deceased sister Natalie. A few minutes later, he died.