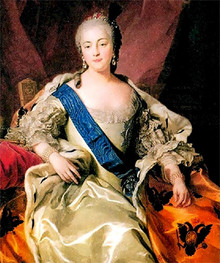 Empress Elizaveta Petrovna was the daughter of Peter the Great, and ruled the Russian Empire for twenty years (1741-1762). Although she took the throne through a palace coup, her rule of the country was mild and allowed Russia to prosper in the arts and education. Her pro-Russian domestic policies increased the presence of the Russian nobility in the government. She also defeated the strongest warrior of Europe at the time, the Prussian king Frederick II, but died before her victory could be secured.

Elizabeth was born in Moscow in 1709 to Peter the Great and his mistress Catherine (the future Empress Catherine I) before they were officially married. Her education mostly centered on learning French, as her parents envisioned marrying her into the Bourbon dynasty of French royalty.

As she grew up into a lively and beautiful woman, Peter proposed his plan to the French court. However, the young French king Louis XV rejected the possibility. Elizabeth instead took a lover from the guard squad – Aleksey Shubin.

After the death of Peter the Great and his successors Catherine I and Peter II, the throne went to Elizabeth’s cousin Anna Ioannovna who highly favoured Germans, and put them in key positions in the country. She also felt threatened by Elizabeth’s affair with Shubin and her popularity with the guards. 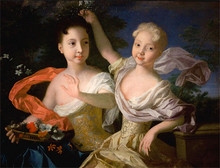 Anna banished Shubin to Siberia, but Elizabeth did not lament her loss for long. Soon she found herself another lover, this time the Cossack Aleksey Razumovsky, who, according to some historians, later became her husband and the father of her children.

During the ten-year reign of Anna Ioannovna and her successor Anna Leopoldovna, the German dominance of Russian politics and culture fostered great discontent within Russian society, especially expressed by the guards. People felt their national identity was being repressed and longed for the bygone times of Peter the Great. Elizabeth, the daughter of Peter the Great, seemed like a logical successor to the throne; a person who would be able to reverse the course of the country.

Ardently supported by the nobility and the guards, Elizabeth organized a military coup and seized the throne in 1741, marking the beginning of her 20-year reign. She generously rewarded all those who helped her by granting them noble titles, lands, and government posts. Naturally her greatest supporter and admirer Aleksey Razumovsky received every possible benefit after his lover’s enthronement.

Just as she had promised, Elizabeth returned Peter’s traditions to the country by dismissing the Cabinet of Ministers and restoring the Senate. Elizabeth replaced foreigners (mostly Germans) with Russians in all government posts. Her guideline was to keep a foreigner at his post only if no Russian could do the job.

She also reduced the term of state service for the nobility and endowed them with lands and peasants that had been taken from the Germans. This generosity, however, practically secured the slave status of the serfs who spilled out in massive uprisings later.

Being a very religious woman, Elizabeth also abolished capital punishment – in all twenty years and thirty days of her rule not a single person was executed. All her good intentions to rule the country in a proper manner did not last long however; she soon tired of politics and dived into partying, leaving the rule of the country in the hands of her favorites.

The Age of Enlightenment

Despite the Empress’ vanity, Elizabethian rule brought a remarkable age of enlightenment to Russia. In 1747, she founded the St.Petersburg Academy of Sciences, and ten years later the very first university in Russia was founded in Moscow by Mikhail Lomonosov.

In 1756, the first public theater was opened in St. Petersburg, and in 1758 The Academy of Fine Arts followed. Numerous other schools and academies also sprang up across the country, and Elizabeth made education freely available to all social classes (except for serfs).

Elizabeth (who had been educated by a French tutor) exchanged the prevailing German language for French as the language of the nobility. It became so widely spoken that it remained in use all the way to the 1917 Bolshevik Revolution. Even Leo Tolstoy wrote pages of dialogues in French, never bothering to translate them in the first edition of War and Peace. 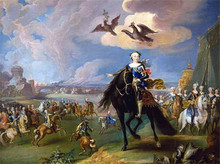 No one described the character and lifestyle of Elizabeth better than the Russian historian Vasily Klyuchevsky.

“Lively and happy, in love with herself, tall, big but with a good figure, with a constantly blooming face, she liked to impress. Knowing that she looked good in a man’s dress, she held masquerades without masques where men had to come fully dressed as females and women as males.

She was the most legitimate of all the successors of Peter the Great, however she had to seize the power by a coup. Elizabeth inherited the boundless energy of her father. She could have palaces built in 24 hours and could travel from Moscow to St. Petersburg in 2 days.

Elizabeth was lazy and capricious; scared of any serious thought, and hating any productive work, she couldn’t get herself into the complicated international affairs of Europe or understand the diplomacy of her chancellors.

The throne gave her an opportunity to realize all the dreams she had as a girl. The Empress spent all her money on balls, masquerades, theater, and trips. Her court sometimes resembled a theater filled with French comedy and Italian operas.

However, the living quarters, where Elizabeth and her guests rested from the extravagant ballrooms were astonishingly small, crowded, dirty, and shabby. Doors wouldn’t shut, windows let in a draft, and water trickled down the walls making the rooms damp and cold. There was so little furniture that it had to be transported whenever Elizabeth travelled from one residency to another – mirrors, beds and bedding, and sometimes tables and chairs had to be broken apart in order to be moved.

Promenade of Empress Elizabeth through the Noble Streets of Saint Petersburg. 1903, Aleksandr Benois

Elizabeth ruled in a golden poverty – she left 15 thousand dresses, two chests of silken stockings, a pile of unpaid bills and a massive half-built Winter Palace, which had already devoured giant amounts of the money from the treasury. Before her death, Elizabeth wanted very much to live in the Palace even if for a little bit, however, her architect Rastrelli couldn’t even finish the living quarters – the French stores refused to sell their goods on trust.”

As Europe, Asia and America were engaged in what some argue should have been called the first world war, Elizabeth felt compelled to join it as an ally of Austria despite the fact that the war didn’t affect Russia at all. Great Britain had formed an alliance with Prussia and Elizabeth feared this treaty could pose a threat to the Russian Empire. She ventured out to fight the Prussian troops of Frederick II.

In 1759, she sent a nearly 100 thousand strong army to fight Prussia and defeated Frederick II, arguably the most skilled warrior of Europe. For the following two years Prussia remained on the defensive, although it had not completely surrendered to the Russian army. 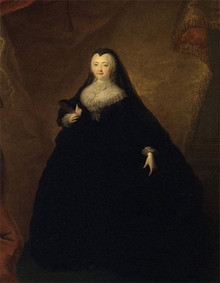 In January of 1762, Frederick II was finally prepared to surrender and sign a peace treaty with Russia. A message was sent to St. Petersburg only to find that the Empress Elizabeth had died on January 5.

The irony of the situation is that Peter III, a great admirer of Frederick II, succeeded Elizabeth on the Russian throne. Instead of securing the new lands Prussia was surrendering, Peter III returned all the territories Russia had conquered.

This generosity cost Russia dearly – it lost more than a hundred thousand people in an unnecessary war and in the end gained nothing from it.

Elizabeth was the last of the full blooded Romanovs to rule Russia. With a 300-hundred strong army at her command, she had a great opportunity to reshape the map of Russia and Europe. However, she preferred a life of partying and pleasure to politics.

In spite of this, her place in Russian history is widely respected for the educational and cultural revival she brought to the country; the giant baroque masterpieces of the Winter Palace, the palace at Tsarskoe Selo and Peterhof, and the Smolny Cathedral are still standing tall in St. Petersburg, guarding the reputation of their founder.