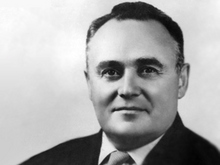 The life of the architect of the Soviet space program was a tragic one. Several times, he miraculously avoided death. He was punished for things he didn’t do, and the unjust sentence was not lifted until almost the end of his life. His existence remained a state secret, and only after his unexpected death did the world learn the name of the man who masterminded the Soviet space triumphs.

Korolev had been enamored with aviation from childhood, and deliberately chose to study areas of education which were needed to become an aviation engineer. By his late teens he already had experience as a glider designer and pilot. While studying in Moscow’s Bauman Higher Technical School, he created several practical glider and airplane designs. His work was supervised by Andrey Tupolev, the famous aeronautical engineer, and this acquaintance helped Korolev in the future.

His interest in reactive propulsion as a promising principle for aircraft engines, led him to join the Jet Propulsion Research Group - a state-sponsored rocketry center - which soon became the country’s leading rocket laboratory. As head of the group, Korolev led several successful projects involving liquid-propelled missiles. Their success record made the authorities merge the lab with another laboratory in Leningrad, in order to establish an institute for rocket technology (RNII), where Korolev attained the position of Deputy Chief Engineer. 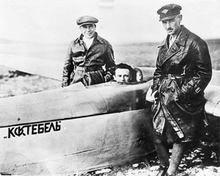 The work of the new institute was interrupted in late 1930s, after Stalin launched a crackdown on the officers of the Red Army. The RNII was a creation of Marshal Tukhachevsky, who was shot on a false accusation in 1937, becoming one of the most prominent victims of the Great Purge. Many researchers at the institute were caught in the cogwheels too, and Korolev was no exception. Shortly after a near-fatal explosion in the laboratory, Korolev was arrested for “counter-revolutionary political activities” and deliberately harming the work of the institute – both accusations were often used in the terror campaign. He was tortured to extract a confession, and then sentenced to ten years in labor camps, and sent to a gold mine in Eastern Siberia.

Korolev’s health deteriorated after the beatings and harsh conditions of the camp. His morale was crippled by the injustice of his punishment, and for the rest of his life he acquired a cynical and gloomy attitude towards life. Colleagues recalled that his favorite saying was, “they’ll shoot us dead without an obituary”. He almost died in Siberia, due to malnutrition and disease. However, fate smiled upon him, when Mikhail Usachev - former head of Moscow’s aviation plant - was brought to the same camp. Thanks to his boxing skills and strong character, he was put in charge of the other inmates and convinced the prison authorities to put Korolev, whom he knew well, into favored conditions.

Four months later, thanks to the efforts of Korolev’s family and friends, he was summoned to Moscow for re-trial. And once again he barely dodged death, when he missed a ship going to Vladivostok. The vessel was caught in a storm and ran aground, and all 740 prisoners on board perished. The retrial still found Korolev guilty, but instead of a labor camp he was sent to a “sharashka” - a closed institution where inmates with a scientific background were forced to work on military projects. Korolev was sent to the one headed by Tupolev, also now a convict, where he helped develop the Tupolev Tu-2 bomber and the Petlyakov Pe-2 dive bomber. 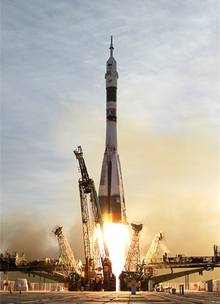 In 1942, Korolev, who initiated several rocket projects under Tupolev’s supervision, was transferred to another prison laboratory - headed by his former co-worker at the RNII, Valentin Glushko - which was dedicated to rocket technology. Two years later, the scientist was released, and continued his work on rocket engines as a free man. It was only in 1957, however, nine years before his death, that the charges against him were dropped.

After the defeat of the Nazi Germany in 1945, Korolev was sent, with a group of scientists, to salvage what was left of the German rocket research studies. While the US managed to take leading scientists, including Wernher von Braun, out of the country, the Soviets got specialists involved in the mass production of the V-2 missile. Korolev was put in charge of replicating the missile, which he successfully did by 1947. His work on improving the range and throw weight of Soviet ballistic missiles led to several breakthroughs, culminating in the creation of the first intercontinental ballistic missile (ICBM) with nuclear warhead: the two-stage R-7 (Sapwood) in 1957.

Starting from the mid-1950s, Korolev promoted the idea of using the achievements in rocketry for space exploration. In 1956, his design bureau became an independent institute. A year later, the launch of Sputnik, the first artificial satellite of Earth, became a propaganda triumph, as well as a great scientific breakthrough. The event, which caught the West unawares, started the space race between the Soviet Union and the United States. Korolev’s research set a string of space “firsts”: the first animal launch, the first mapping of the dark side of the Moon, the first manned flight into space, and the first spacewalk.

These triumphs, however, were somewhat marred by the fact that Korolev’s contribution was not publicly acknowledged. Legend has it that when the Nobel committee sent a request for the names of the people who were to be praised for the launch of Sputnik, Soviet leader Nikita Khrushchev replied it was “the Soviet People” rather than particular scientists. For many years, it was first man in space Yury Gagarin, rather than Sergey Korolev, who was “the face” of the space program. Even insiders rarely referred to Korolev by his name, preferring to refer to a mysterious “Chief Designer”. The first official report on his work as a prominent rocket engineer was in his obituary. 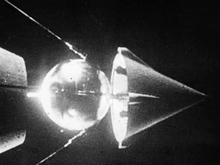 By the time of his premature death in 1966, Korolev had ambitious plans for a manned mission to the Moon, and a permanent orbiting space station. The Soyuz spacecraft, which, after several modifications, is still in use today, was Korolev’s creation for these projects. He also had prepared a design for creating artificial gravity in orbit by rotating a couple of linked spacecraft against a common center, and envisioned orbital construction of a huge spaceship for a manned mission to Mars.

Overzealous in his work, meticulous and demanding, with a hot temper and a stubborn conviction in his ideas, Sergey Korolev was both feared and loved by his subordinates. Even bitter rival designers like Vladimir Chelomei, Valentin Glushko and Mikhail Yangel acknowledged his fantastic intuition in technical issues. Korolev was also somewhat superstitious. He had his “lucky suit” to wear for rocket launches, as well as a couple of lucky coins, which he carried in his pocket.

Korolev died of a heart attack after an operation on a tumor, two days after his 59th birthday. Three years later, America became the first, and so far only, nation to send a man to the Moon.

RT also presents an exclusive documentary on the deeds of the outstanging engineer, The duel of the space.