Sergey Ilyushin was a Soviet aircraft designer. He designed the Il-2 strike aircraft and Il-4 bomber, the most used Soviet war planes of World War II. Ilyushin was born a peasant and died a three-time Hero of Socialist Labor.

One of the most well known Russian aircraft designers was born into a poor peasant family in the village of Dilialevo in the Vologda region. He was the youngest of eleven children, two of which died in early childhood. His parents were nearly illiterate, but owned a small and motley home library: a copy of the Bible, the prayer-book, several essays of The European Messenger magazine and a book about the exotic southern land of Abyssinia. Ilyushin learned to read, and at the age of eight continued his education in the local elementary school. Every day he had to walk two and a half kilometers to study Russian, geography, math, and religion. In his third year of classes he had to leave school to help his family in the field. 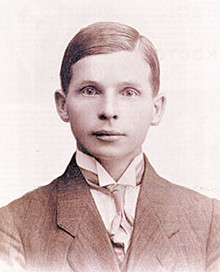 In 1909, Ilyushin left home in search of work. There were not many jobs available for a 15-year-old peasant: Ilyushin was a roustabout on a plant near the city of Kostroma, then later a digger in the city of Vologda. Being a janitor at a paint factory in St Petersburg, he met his some of his fellow-villagers, and they told him about a more profitable job opportunity. The All-Russian Aviation Weeks was scheduled to occur in the September of 1910, and it was necessary to turn the local hippodrome into an airfield and to help during the festival.

For weeks Ilyushin cleaned the field and helped to assemble and equip the aircraft. As he watched flying contests and worked in repair shops, Ilyushin grew to like planes. After work, he returned to the room he rented together with six other people. His neighbor, who was a student, taught him some mathematics and physics.

The festival concluded in October, and Ilyushin had to look for job again. At first he returned to his home village to work as a delivery boy for the creamery, but then left for Siberia to work on railroad construction. Eventually he headed to Revel (now Tallinn, Estonia) to work construction.

In 1914 Ilyushin was called up for military service. At first he served in the infantry, then, thanks to his literacy, he became a clerk at the local command headquarters. He got his lucky break when the authorities received an order to make aviators out of seven soldiers. Ilyushin volunteered and was sent to St Petersburg. There he worked at the airfield, and rose all the way from engine mechanic’s assistant to the post of chief mechanic. 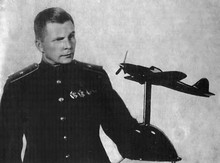 In 1916 Russia was still involved in the World War I, and the situation on the front was critical. Because of this, the government agreed to accept lower-class citizens to aviation schools. Ilyushin applied, and 1917 received his pilot license. He had rarely used it, and his son Vladimir later admitted that Ilyushin was not very good at flying.

In 1917, the Bolsheviks came to power and the country was thrown into the fire of the civil war. The majority of factories stopped working. The airfield was closed: there were no newly produced aircraft to test. Ilyushin left St Petersburg and moved to Vologda, where he headed the industry department of the National Economy Council. This job had nothing to do with aviation: he was in charge of the local saw-mills, mills, and creameries.

Ilyushin supported the Soviet regime sincerely, and in 1918 joined the Communist party. The next year, he was called to serve in the Red Army and sent to the city of Serpukhov, to the Red Air Force headquarters. He was to participate in the Civil War as a pilot, but it appeared that the Bolsheviks did not have enough war planes. The young Red Army suffered from a perpetual shortage of everything, from armor and ammunition all the way to clothes.

Ilyushin became a mechanic, and spent three years repairing the Red Army planes while researching the enemy aircraft: the monarchists (or "Whites") had formed an alliance with the USA and Great Britain, so foreign aircraft were often delivered to Ilyushin's workshop. In 1921 he was the head of the aviation division of the 9th Kuban army on the Caucasus front. When the army gained enough victories in Georgia, this division was sent to Moscow.

While in Moscow, Ilyushin learned about the Red Air Force Engineering Institute and decided to get a higher education. The commandant approved his request, and on September 21, 1921 he attended his first lecture. In spite of having great professional experience, Ilyushin mostly received "C" grades during his entrance exams: he had been barely acquainted with the necessary theoretical subjects.

In 1923, the student Sergey Ilyushin designed his first aircraft. This glider was far from perfect and did not pass its first flying test: because of poor balance it could fly only with a heavy hammer attached to its head. Ilyushin did not give up, and soon one of his gliders took part in the international glider pilot contest in Germany. 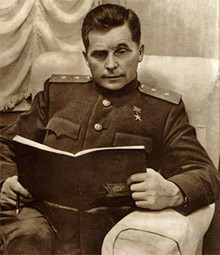 In 1926, Ilyushin graduated and filled the chairman’s post at the research and technology committee of the Air Force. There he studied global aircraft design technologies and developed the mission requirements for Soviet aircraft. Ilyushin liked this job, but always desired to be a designer.

In 1931, his request was fulfilled and he headed the construction department of the Central Aero-hydrodynamics Institute. In 1933 he was transferred to the Menzhinsky Aircraft Factory, where he led the central construction bureau.

Ilyshin’s subordinates remember him as a demanding, but fair chief. The Soviet aviation industry was young, and so were the majority of the factory workers and engineers: the average age for a worker was 22. Many of them lost their parents during the civil war, so Ilyushin seemed like a father for them, while the collective functioned as their second family.

In 1935, Ilyushin's bureau built its first plane: an experimental bomber with a wooden body, the CKB-26. The next year, a pilot named Vladimir Kokkinaki set the first Soviet aviation records with this plane: he lifted 500 kilos of cargo to a height of 12,816 km, and 2 tons to a height of 11, 005 km. This record was broken in 1946 by USA aviators on a Boeing B29.

On October 2 1939, the prototype of the Il-2 attack plane performed its maiden flight. In February 1941, mass 0production of this aircraft began, and in same year on June 22, World War II reached the Soviet Union.

The Il-2, often called “The Hunchback” for the shape of its fuselage, went down in history as the most used Soviet plane of World War II. The USSR war pilots considered it not very mobile, but hard to destroy. Its other nickname, “The Flying Tank", proves this point. The enemy was generous with nicknames for the design, too: the Nazis called it "The Butcher", "The Chopper”, and even “The Black Death”. 36,000 Il-2 aircraft were produced during the war.

Il-2’s "brother”, a long-range bomber called the Il-4, participated in the shelling of Berlin in August of 1941. Joseph Goebbels, Hitler’s propaganda minister, had sworn that no bomb would fall on the German capital, and the Il-4 was the first plane to disprove his words and signal the end of the Third Reich.

In 1943, with the war not yet over, Ilyushin's bureau started development of passenger planes. The Il-18, designed a year after the victory in 1946, became the first Soviet plane which was popular on the world market. Right up to the 1970’s, the Il-18 was the most commonly used airliner in the USSR, even seeing flight time in the 1980’s, but only in emergency cases. Several Il-18’s evacuated people from Chernobyl and from the Armenian city of Spitak, which was destroyed by an earthquake.

In 1970, Ilyushin retired dying seven years later. He lived a difficult and interesting life, but did not leave any memoirs: he was sure that nobody would read them. For his achievements, he received seven Stalin Prizes – more than anyone else in the USSR. His son Vladimir did not follow in his father's footsteps, but walked a nearby path: he was a test-pilot, and eventually also given the title of “Hero of the Soviet Union.”

Sergey Ilyushin is buried at the Novodevichy Cemetery in Moscow.