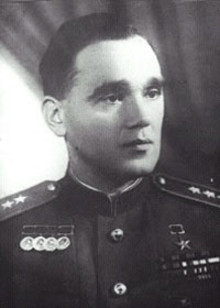 Aleksandr Yakovlev was born in Moscow on March 19, 1905. His father worked in the Nobel Brothers oil company. His mother was a housewife.  His family came from the Yaroslavl region.

“I saw a plane for the first time when I was six years old. Onу day my parents went somewhere and I was left with my grandmother. So she decided to surprise me. She said that we would go to a flying balls festival. My grandmother was referring to the flights of balloons. When we arrived, the airfield was already overcrowded.

Suddenly I heard some noise. Pushing my way forward I saw a little bizarre apparatus that didn’t look like a balloon. Perhaps it was a French Farman or maybe Bleriot plane. The plane moved clumsily across the field, spreading panic among the curious spectators.  It moved in different directions but for some reason didn’t take off.

Later in the evening, when we returned home, I was tired and disappointed. This was my first meeting with aviation.” (from the book Stories of the Aircraft Designer by A. Yakovlev)

From 1919 to 1922, Yakovlev worked as a delivery boy while studying at school.  In 1922 he joined an aviation designer club at school. He built the AVF-10 glider in 1924 and ultra light aircraft AIR-1 in 1927.  The day of the AIR-1 first flight on May 12, 1927 is considered to be the day OKB Yakovlev was founded. OKB, or Opytnoe Konstructorskoe Byuro, meaning Experimental Design Bureau, was a closed institution working on the design and prototyping of advanced technology, usually for military purposes. Today the bureau is known as the Yak Aircraft Corporation (formerly the A.S. Yakovlev Design Bureau JSC). It is a Russian aircraft designer and manufacturer.

From 1924 to 1927, Yakovlev worked as a motor mechanic at the Nikolay Zhukovsky Air Force Academy of the Red Army. He became a student of the Academy in 1927. Yakovlev attended the Academy till 1931 and then was employed at an aviation plant as an engineer. He established his lightweight aviation bureau on the same plant, becoming chief designer in 1935.

During his work at the design bureau, more than 200 types of flying machines were invented, with over 100 of them introduced into serial production.

The main areas of the bureau’s work were:

Since 1934, planes designed by OKB Yakovlev have remained in serial production. In total, more than 70 thousand Yak planes were built, with more than 40 thousand built during WW2.  It is a well-known fact that two thirds of all fighters in World War II were Yaks. These planes and their designers received the Lenin prize, State and Stalin prizes. The planes were widely used in the Soviet Union and abroad. Among the best known are the Yak-9, Yak–38 and Yak–141.

The Yak-9 was one of the best known aircraft built by Yakovlev. A single-engine fighter, it was used by the USSR during WW2. It was the most produced Soviet fighter during the war and remained in production from 1942 to 1948, with 16,769 items built.

The Yakovlev Yak-38 was the USSR’s first operational VTOL multi-role combat aircraft with a NATO reporting name Forger. It was based on Kiev class carriers. The plane was a subsonic aircraft. OKB Yakovlev continued working on VTOL aircraft, and later came up with the idea of the Yak-141.

The Yakovlev Yak-141 was the first ever supersonic VTOL carrier-based interceptor. It bore the NATO reporting name Freestyle. Designed for the air defense of Kiev class carriers and cruisers, it operated with two lift-jets mounted vertically behind the cockpit and a vectoring nozzle on the main engine. It performed its maiden flight on March 9, 1987. Some experts considered this interceptor to be 25 years ahead of the timeframe set by foreign manufacturers for the creation of such a plane. 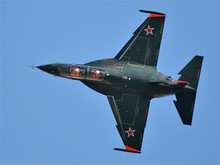 Aleksandr Yakovlev was one of the few aircraft designers who survived the times of Stalin’s Great Purge of 1936-1938.  He had a close relationship with Joseph Stalin. Later, the aircraft designer published his memoir The Purpose of Life. In this story of his life, he focuses on the major stages of Soviet aviation’s development during the war and in the post-war years. He also recalls some of the meetings held in Stalin’s office.

“In 1939, Stalin called me for a meeting. I was shy but he told me, “Don’t be. We trust you despite your young age. You know well what you do and you are not connected with the mistakes of your predecessors. You can be more objective. Your predecessors led us into a mire.”

His close relationship with Stalin was behind the heavy criticism faced by Yakovlev. Some say Yakovlev was involved in the case of Andrey Tupolev.

Tupolev was one of the leading aircraft designers of that time. Aircraft designer Leonid Kerber later wrote, “We were all concerned with the question: who helped to arrest Tupolev? The question still remains controversial to many of our colleagues. No doubt that without the approval of Stalin the arrest could not have happened. To make it happen the authorities had to accumulate the necessary material. The most active source of information about the 'questionable' aspects of Tupolev’s work was Yakovlev.”